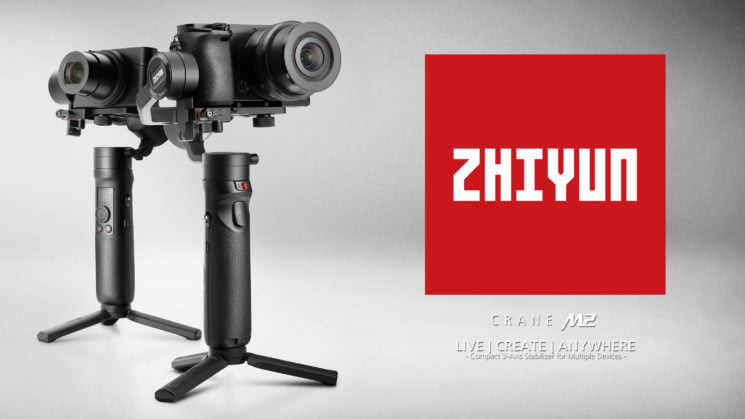 Zhiyun has refreshed its popular Crane-M with a new model. Not surprisingly, it’s called the Zhiyun Crane-M2. Designed to be as versatile as possible for travelling filmmakers, this lightweight motorised 3-axis gimbal is designed for use with small mirrorless cameras, compact cameras, phones and action cameras.

It offers up to 8 hours battery life, features “enhanced camera control”, Bluetooth and WiFi control, and a Crane 2-style OLED display. Zhiyun says that the Crane-M2 is “a revolution in affordable camera stabilisation technology”.

The Zhiyun Crane-M2 includes many of the shooting modes we’ve come to know and love from Zhiyun’s other gimbals, including Full-Range POV Mode for 360° movement on all three axes, Vortex Mode for barrel shots, and Go Mode for faster pan & tilt movements for things like sports and action. It also features a Selfie Mode for when you want to vlog.

Zhiyun’s list of highlight features also mentions a new quick-release system for getting your camera on and off the gimbal easily when needed.

As for the actual specs…

From the payload capacity and Zhiyun’s own description, the gimbal should be able to handle mirrorless cameras up to something the size of a Sony A6500 with a small lightweight lens. But its minimum load capacity also means that it should work equally as well with your phone or small action camera, like a GoPro Hero 7.

The built-in WiFi and Bluetooth, Zhiyun says, “provides seamless wireless camera control through the gimbal handle and Zhiyun’s exclusive app”. Hopefully, the app has been developed a little better for the Crane-M2 than it has for some of Zhiyun’s other gimbals. Certain features still aren’t working quite as intended for many users, who’ve pretty much given up on the app now. With a bit more focus on phone usage for the Crane-M2, though, Zhiyun might finally surprise us with decent app integration.

As with many of Zhiyun’s other gimbals, the Crane-M2 has several 1/4-20″ threads for attaching microphones, lights, monitoring equipment, etc. Although, being such a lightweight gimbal, you probably wouldn’t want to load it down too much. The battery lasts for up to 8 hours, and can also charge cameras, phones and other devices. The Crane-M2 itself can be charged from power banks while you’re on the go, too. 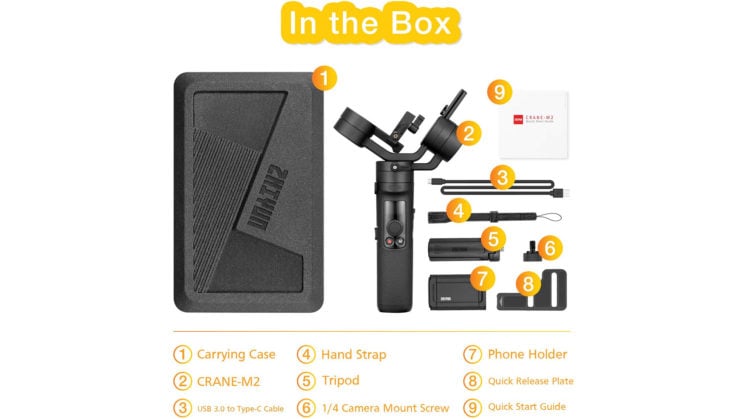 The Zhiyun Crane-M2 is available to pre-order now $269 in the USA and for £259 in the UK, which is significantly cheaper than the $499 price tag on its predecessor at launch. There’s no word on an exact release date yet, but Amazon estimates I should receive it by August 8th if I order today.

PiXLIGHT is an all-in-one flash, stand and modifier designed for lightweight efficiency