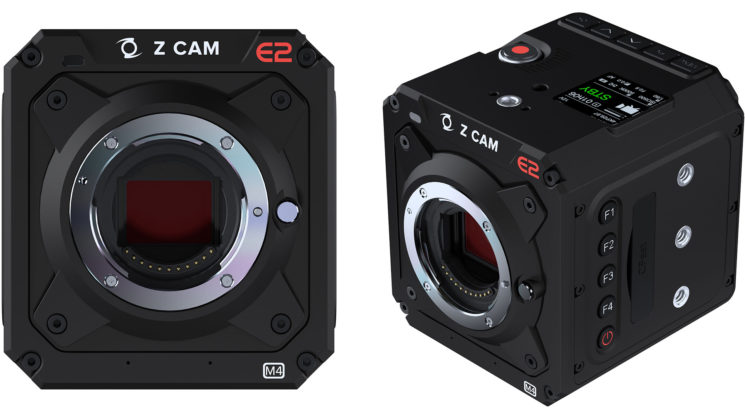 Like Z Cam’s other cinema cameras, it’s essentially an aluminium alloy cube with a hole in the front for your lens, a handful of buttons, and connection points spread all around.  It features an OLED display on top and has gigabit ethernet and wifi for streaming, remote control and preview. 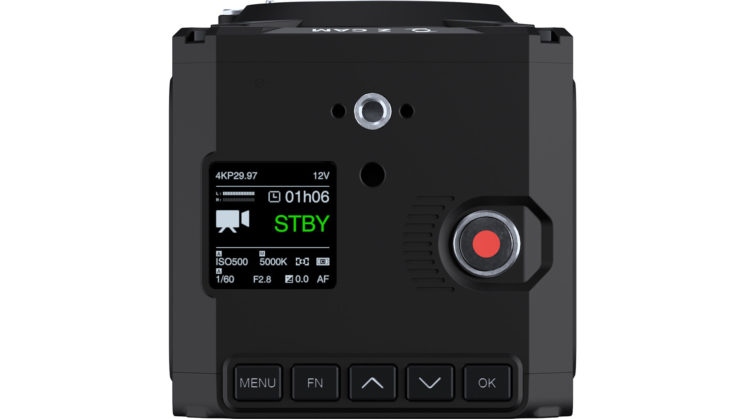 While the Z Cam E2-M4 features internal microphones, it also has both 3.5mm stereo input and output jacks as well as a 5-pin LEMO port for dual-channel XLR microphone input (although there’s no mention of 48v phantom power). A Gigabit Ethernet port allows for remote control, settings adjustment as well as live streaming.

Although the camera can shoot up to 120 frames per second at 4K DCI, the HDMI 2.0 Type A socket can only put out 4K at up to 60 frames per second. A Type-C USB socket allows for external transfer and storage of video, but they haven’t said yet whether you can record straight to SSD as you can with other cameras like Blackmagic’s Pocket 4K and Pocket 6K. 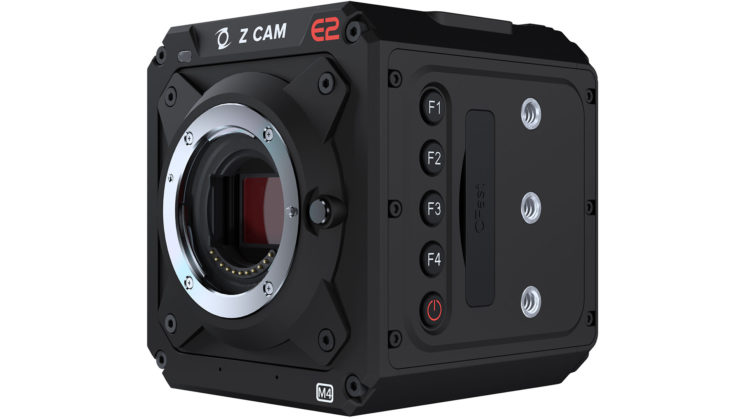 Interestingly, for internal storage, they’ve gone with CFast 2.0, which seems a little date now that the world is already starting to switch over to CFexpress, and most manufacturers have already ditched CFast 2.0 and XQD in favour of the newer, faster format.

Power comes from either a Sony NP-F series compatible battery or through a 12v DC 5A input via 4-pin LEMO socket, which allows for a multitude of possible powering options including via D-Tap from a V-Mount battery or an AC adapter plugged into the wall.

There’s been no mention of ZRAW with this camera, although it doesn’t seem to have become a big selling point for their other cameras, really, either, without wider support for the codec in mainstream editing software like DaVinci Resolve and Premiere Pro. Given the lack of ZRAW support and it being $500 cheaper, the Z CAM E2-M4 might be a better option for many than the Z CAM E2 4K.

The Z Cam E2-M4 is available to pre-order now for $1,499 although there’s no word on when it’s expected to ship yet.