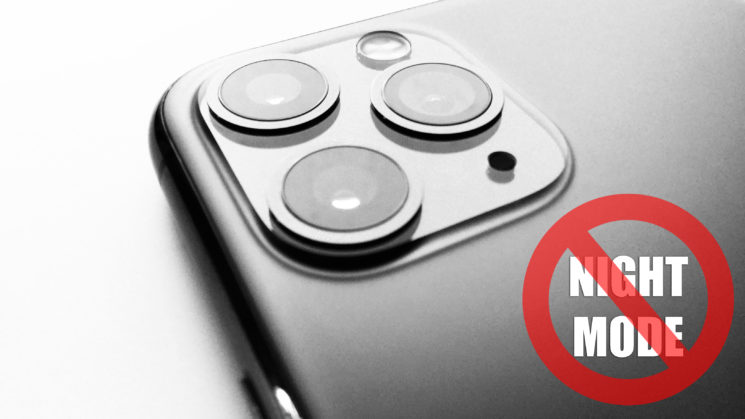 Apple first introduced the Night Mode with the iPhone 11 two years ago. It would automatically turn on every time you’d open a camera to shoot in low light. Apparently, many users hated the automatic enabling of the feature, so Apple now finally allows you to turn it off permanently.

The Night Mode sure is a useful feature if you want to improve your shot in low light. However, sometimes you want to make them low-key on purpose, and this is when the feature is more of a nuisance than assistance. It was possible to turn it off though, and all it took was a few taps to disable Night Mode manually. However, it would automatically turn back on every next time you open the camera. I don’t know about you, but I find things like that pretty annoying.

Apparently, enough users found it annoying too, so Apple decided to change it. From now on, with the latest iOS 15 beta, you can disable the feature completely and only switch it on when you really need it. To do this, go to Settings > Camera > Preserve Settings, and then toggle on the setting for Night Mode. And there you have it!

If you take low-key images more often than you use automatic enhancement in such conditions, this will come as a handy feature. And if you prefer the Night Mode, you can still switch it on so it always automatically compensates for poor lighting conditions. Sounds like a good compromise and something for everyone.

Although iOS 15 is now in developer and public beta, the official version should arrive next month so you won’t have to wait long to get the new feature.

iPhone XS camera forces “beauty mode” by default; and you can’t turn it off