The listing, which has since been removed, revealed a few details a day before the expected announcement. (Other territories should probably expect the Samyang branding of this lens)

As we reported earlier, the lens will be a 100mm f/2.8 macro and turns out it will also be available in Fuji X, Samsung NX, MFT and Sony E-mount versions.

While the price is significantly lower than rumored, and the lens seems to be nicely built, it does not feature the “unparalleled” features we had hoped for.

The X mount lens will be selling for $549 according to the B&H listing, and we expect a slight variance between the various mounts.

Offering an aperture range of f/2.8-f/32, Ultra Multi-Coating, one High Refractive Index Element, one Extra-Low Dispersion Element, internal focusing and a rounded 9-blade diaphragm the lens seems to have what it takes to offer a quality lens that will please those willing to use a manual lens.

Those hoping the “unparalleled” feature would be a magnification ratio higher than 1:1 will be disappointed to see there’s nothing special in that regard. The lens will offer the standard 1:1 macro lens magnification with a 1-foot minimum focusing distance.

Shipping for this mount of the lens was stated as April 27th but, just like with the price, there could be a small discrepancy between the different mounts.

We will update tomorrow once the official details are released. 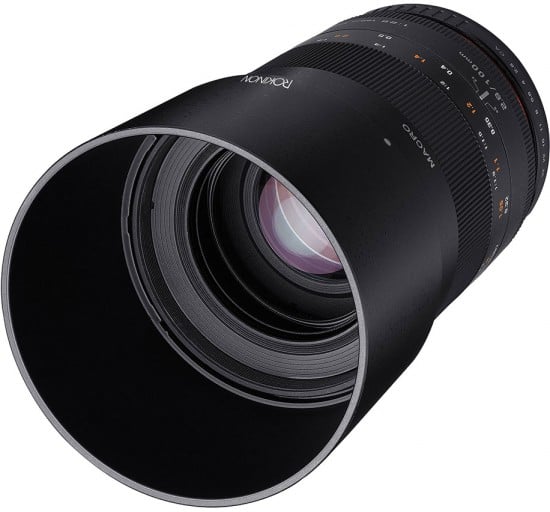 [via Mirrorlessrumors via Photo Rumors]