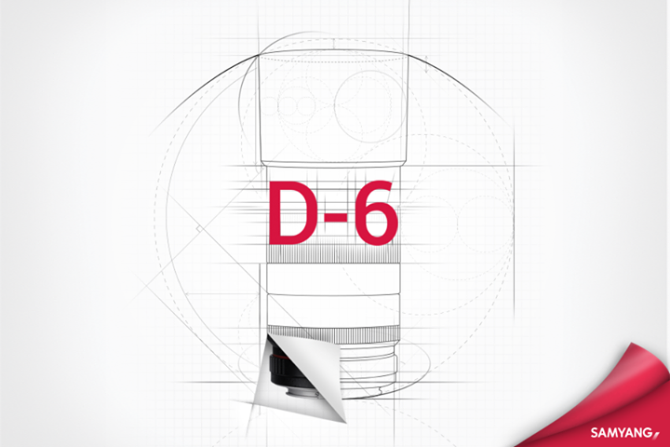 The company, also known as Rokinon, has been rumored to release a 100mm f/2.8 macro lens and the teaser posted on its Facebook page suggests the announcement is just around the corner.

Samyang did not reveal much information, but left room for imagination as it promised unmatched featured.

“With immense focus and unparalleled features, #Samyangoptics will introduce the latest product. Stay tuned”. That’s the exact message that was shared on social media a couple of days ago, along with the photo above.

Unfortunately it is expected to a manual focus lens, as are the rest of the company’s lenses, but the teaser’s wording managed to create a buzz.

Very uncommon though not exactly unparalleled, a popular guess seems to be that the lens will offer a higher magnification ratio than 1:1, and personally I’d love to see that being the case.

That is surprisingly high for Samyang, but customers might be willing to pay a premium over their regular price if the lens was specifically designed to handle a 36MP sensor or larger.

Samyang/Rokinon has been doing very well lately with a flood of new lenses released last year and their recently released 135mm f/2 that has been excelling in reviews.

« Thailand Declares War on Underboob Selfies; Could Lead To Five Years in Jail
When Will Street Photography Finally Grow Up? »