The DIRKON pinhole camera is a paper craft pinhole camera made entirely from paper. The camera was developed by a Czech magazine called “An ABC of Young Technicians and Natural Scientists” in 1979. 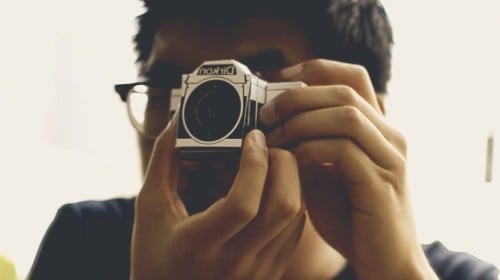 Copies of this magazine were rare and were swapped shared between photography enthusiasts in Communist Czechoslovakia.

Nowadays architect Way Wong took a swing at building one of those and shared a video of doing so.

If you want to recreate this beauty, you can find the template here.

According to the video maker, the photos at the end of the video were not taken with this paper model, but it is still perfectly usable if you have the time and patience to built it.

« Orientation On Shaped Bokeh
How To Build A DIY Frugal Crane 2.0 »