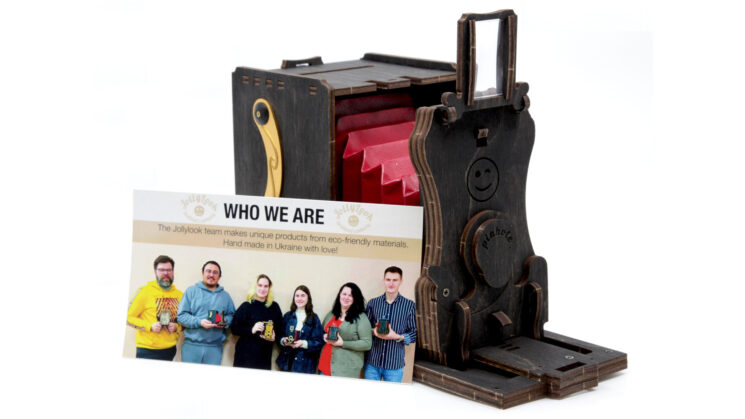 It always makes me smile to see a new camera from Jollylook. We’ve featured a couple of their other cameras in the past including the original Jollylook in 2017 as well as the smarter Jollylook Auto in 2020. Now, the Ukrainian company has relocated to Slovakia and is announcing their newest camera, the Jollylook Pinhole – a DIY pinhole camera kit you can build yourself that also takes Fuji Instax film.

Jollylook founder, Evgeniy Ivanic says about the project that “the Jollylook Pinhole DIY kit brings back the pleasure of the process of building a camera and taking a photograph”. As with past Jollylook cameras, the Jollylook Pinhole comes with a vintage-inspired design but incorporates modern Fuji Instax film for as instant an analogue process as you can get.

As the name suggests, the camera comes in a kit form that you build yourself. It’s the result of dozens of prototypes the company says they’ve made and tested over the last year and are ready for production. Its construction requires no glue, either, so it isn’t going to get messy! It’s a fully mechanical camera, made of 65 parts and they say you should be able to assemble it in around an hour and a half to three hours. 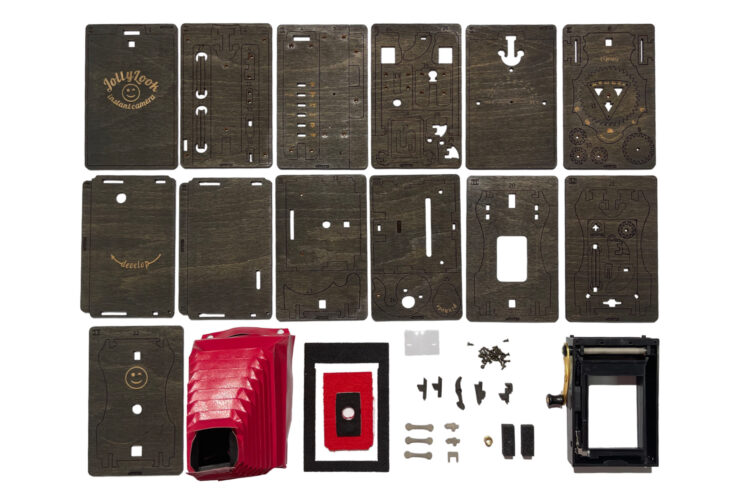 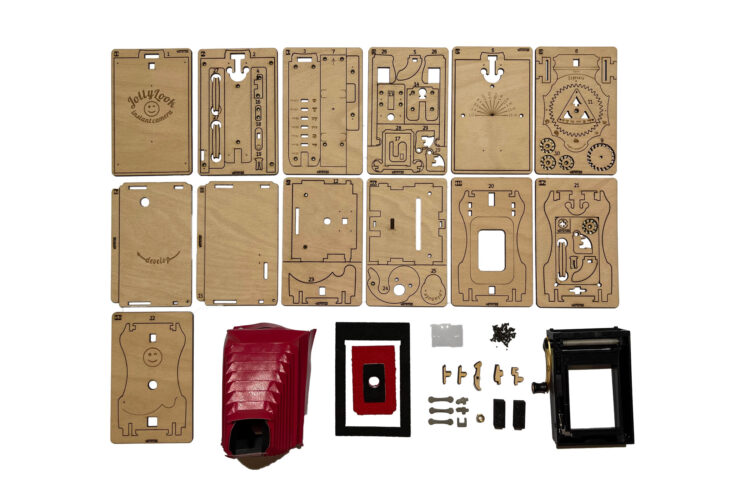 I love the concept of a DIY pinhole camera, especially one that lets you shoot instant film. Analogue pinhole cameras are such fun because no matter how well you make them, you’re never really sure what you’re going to get. Even if you have some form of a viewfinder, it isn’t going to match up perfectly with what comes through that hole and gets projected into the film. With regular film, though, you have to wait until you can get back home to develop it before seeing what you’ve got. With this, you only have to wait a couple of minutes for the shot to develop right in front of your eyes. 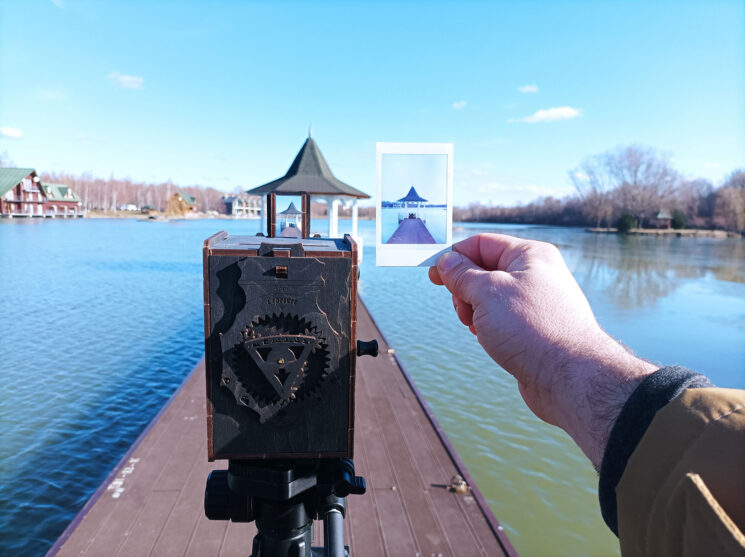 Folded, the whole camera measures only 150x100x80mm. Unfolded, that 80mm dimension expands out up to 215mm. It’s made from recyclable FSC certified biodegradable wood fibres and treated with natural oils and waxes of plant origin. The pinhole diameter itself is 0.38mm and you can get a focal length anywhere from 50-110mm thanks to the adjustable bellows. It also features a built-in Fresnel lens to act as a viewfinder, but bear in mind, the Fresnel lens knows nothing of the focal length you’ve set, so you’re only getting a rough idea of the scene before that it will capture. 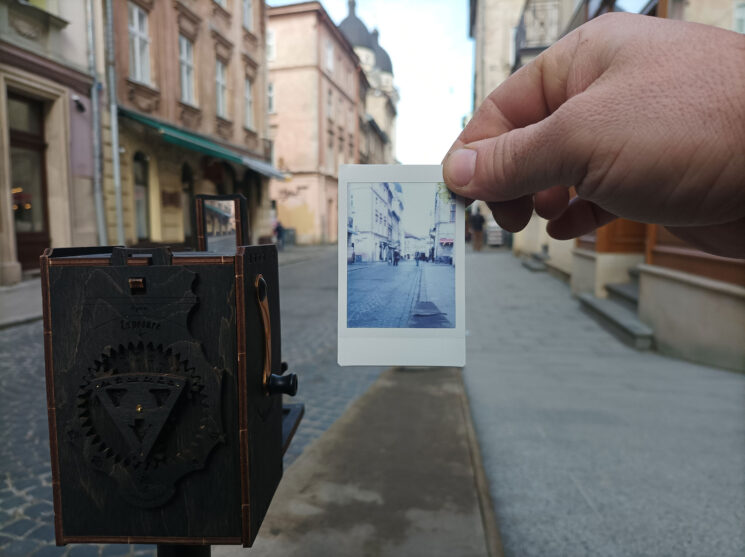 As it’s fully mechanical, no power supply or batteries are required and the whole camera weighs about 500g. It uses Fuji Instax Mini film for a picture size of 62x46mm – essentially the same size as a 645 medium format negative.

As with past Jollylook camera releases, the Jollylook Pinhole is being launched through Kickstarter, where it’s already more than doubled its goal with 29 days left to go. It’s also pretty inexpensive, with pledges starting at just $69 for the complete camera kit – although that’s just the Kickstarter super early bird price. Once it goes retail, it’ll be $109.

Jollylook: a folding instant camera made almost entirely from cardboard

« Ricoh Europe is killing off and replacing its EU website – existing accounts will not be transferred
Canon RF 100mm f/2.8L IS Macro goes head-to-head against its EF mount predecessor – Is it really worth upgrading? »