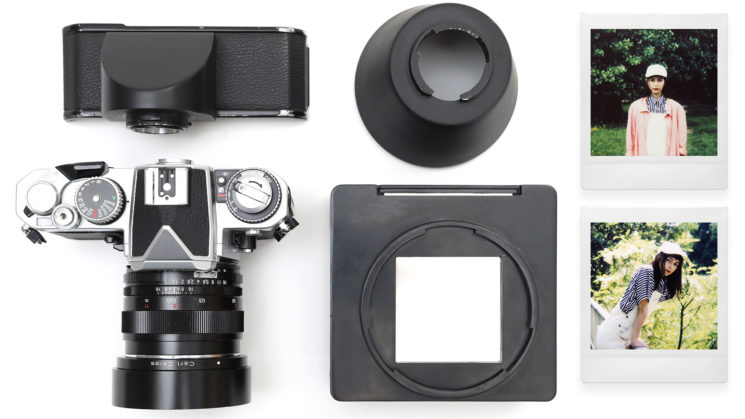 We’ve heard a lot over the last few years about digital film and backs for 35mm cameras. But one thing I haven’t really seen mentioned is “instant film” backs. You know, for things like Polaroid or Fuji Instax. Well, the folks at NINM Lab have had it in the forefront of their minds. They’ve developed a back that fits a number of 35mm SLR and rangefinder cameras. And it’s compatible with Fuji Instax Instant Film.

The company posted the above teaser to their website last week with a countdown timer. The countdown, not surprisingly, is to the launch of the Kickstarter campaign to help fund its manufacture. It might look a bit silly having this thing hanging off the back of your camera, but I have to admit it’s a pretty cool idea. 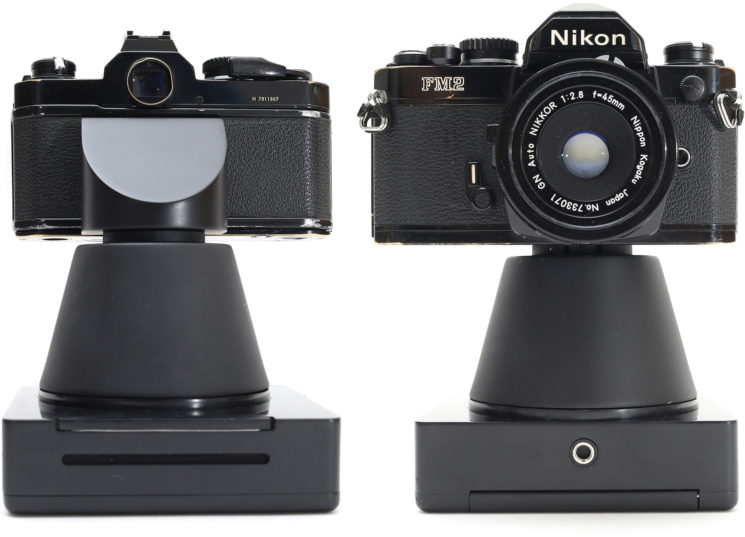 It shoots standard Fuji Instax Square Instant Film, with a 62x62mm exposure area. It features a built in enlarger lens constructed of 5 elements in 2 groups and an aperture of f/4. It takes 4 AAA batteriies, with automatic feed, LED film counter, tripod socket and a dark slide.

¹ – Supports manual exposure only, does not support auto exposure or light metering mode

At first, I looked at this and thought “Damn, no Nikkormats!”, then I saw the Canon A-1 listed a little further down and, well, I have one of those. But, I’m still on the fence, and the Canon one is going to be a bit more expensive. It would be nice being able to shoot Instax squares at different focal lengths, though. And the sample pictures do look great.

The retail price of the Instant Magny 35 will be $179 for the Leica/Nikon version and $199 for the Olympus/Pentax/Canon version. But once the Kickstarter opens up on June 12th, you’ll be able to get them from $99 and $159 respectively. The first batch is expected to ship in December 2018.

If you want to keep updated and find out when it goes live, sign up on the NINM Lab website.