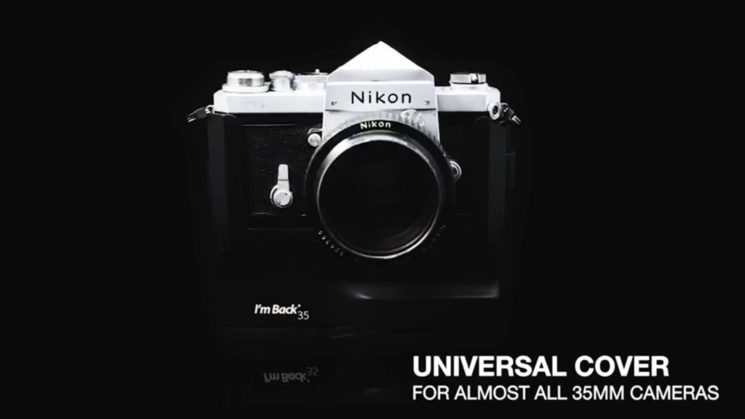 For those who haven’t heard of it before, “I’m Back” produces a range of digital backs for various analogue film cameras. After several successful Kickstarter campaigns in 2017, 2018 and 2019, I’m Back is, not surprisingly, back. This time they’re bringing the “I’m Back 35”, which offers compatibility with more camera models as well as manual mode shooting.

Not surprisingly, the new version is up on Kickstarter and runs until May 31st. The big focus with the newest version is compatibility with as many different 35mm SLR camera models as possible. Their current campaign lists over 50 compatible popular models of camera…

That’s a nice range and I actually own six of those cameras on their current list. The last time I looked at their list, I didn’t own a single one that was mentioned. I haven’t gotten any new film cameras since then, they’ve just dramatically increased their compatibility with the latest iteration.

The other big feature with I’m Back 35 is that you get full manual exposure control from the camera itself. You choose the shutter speed and aperture with the camera’s dials the same way you normally would with film, instead of having to go through the 2″ touchscreen user interface built into the I’m Back 35 unit.

While it’s still not the most compact of designs, I’m Back 35 does sport a more ergonomic design than its predecessors. It is powered by a Sony NP-F style battery and puts out 14, 10 or 8-megapixel raw or JPG image files. The campaign doesn’t specify, but I’m assuming those would be DNG raw files. It’s also capable of shooting 4K U HD video at up to 30fps or 1080p at up to 60fps.

Delivery of the new I’m Back 35 units isn’t expected to begin until December, but the campaign runs from now until the end of May. It’s already smashed through its initial goal, and while Kickstarter is a crowdfunding platform, not a web store, the company does have several successful Kickstarter campaigns under their belt. So, chances are, this one will be delivered as promised.

To find out more, head over to the I’m Back 35 Kickstarter, where you can back the project to receive one of your own starting at only $249.

Have you tried any of the “I’m Back” products yet? What do you think?