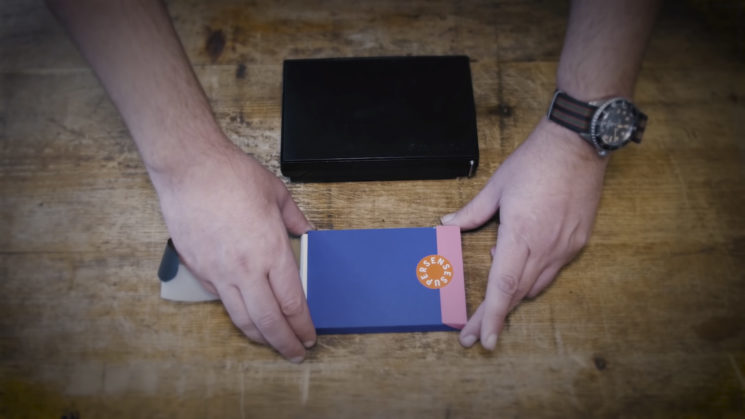 When Fujifilm announced they were discontinuing FP-100C peel-apart instant film, a lot of people were understandably a little saddened by the news. It ended with a claim of reduced sales, forcing the termination of production. But while it may not be Fujifilm that’s doing it, peel-apart instant film is coming back, thanks to ONE INSTANT.

ONE INSTANT is currently being supported through Kickstarter, and it’s a little over halfway past its goal with 28 days still to go. It’s being led by Florian “Doc” Kaps, founder of The Impossible Project. He left Impossible in 2013 to form SuperSense and has been attempting to save peel-apart film ever since it was discontinued.

Kaps says that ONE INSTANT is a “reinvention” of peel apart technology, featuring single-shot instant film in a paper cartridge. After failed discussions with Fujifilm, two years of research and development went into its creation. It is compatible with all classic Type 100 pack film cameras and is made with the original Polaroid P7 material acquired by their studio.

Kaps hopes this project will do the same for peel-apart pack film that Impossible did for Polaroid.

In spring 2016 Fuji announced termination of the world’s last instant packfilm production line. Since that day – more than 2 years ago! – we have been desperately searching for “impossible” ways to save this iconic film material. Just like we successfully did with the legendary Polaroid film by purchasing the last original factory in 2008 and restarting production the classic way.

We failed! And honestly this was the best thing that could happen.

They say it’s the “next generation instant film”, and production will be started in a new small factory with carefully selected partners. But it won’t be cheap. A six-pack of ONE INSTANT will set you back €50 at the early bird price, and when they’re sold out it goes up to €55. But for €999 you can go visit the factory in Vienna and make your own – and you get to keep all of what you make.

If you want to check out the campaign and back it yourself, head on over to Kickstarter. Items are scheduled to ship in May 2019.

The end of an era: Fujifilm kills off FP-100C, the last of its instant peel-apart paper