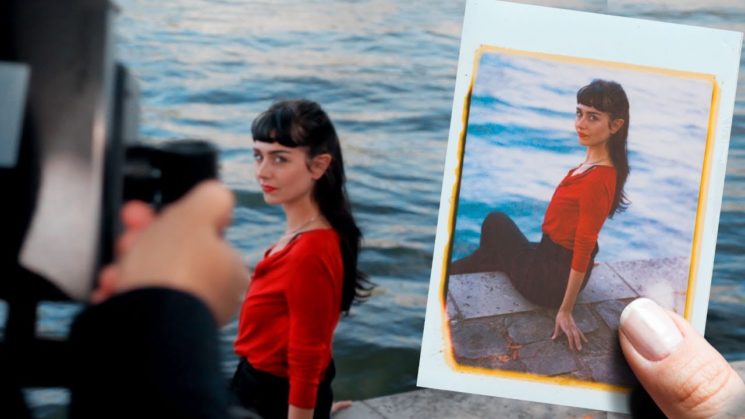 Back in 2016, Fujifilm announced the discontinuation of FP-100C peel-apart instant film. It made many film photographers sad, but SuperSense is on a mission to bring the peel-apart film back to life. They launched a Kickstarter project to fund ONE INSTANT, the “next generation” Type 100 peel-apart instant film. And Mathieu Stern got to test it out. He teamed up with Chris Holmquist of SuperSense to demonstrate what it’s like to shoot with the new version of the familiar peel-apart film.

ONE INSTANT is a project led by Florian “Doc” Kaps, founder of The Impossible Project. He left Impossible in 2013, he formed SuperSense, and he’s been attempting to revive the peel-apart film ever since it got discontinued. His project got successfully funded via Kickstarter, and it’s available for pre-order.

It’s fun to see the “new” peel-apart film in action. In the first video, Chris explains that it was made out of film designed to work with Polaroid’s 20×24 instant cameras from 1978. There’s some surplus film left, and One Instant team cuts the master rolls. The film then gets adapted to work with all classic Type 100 pack film cameras.

When shooting with peel-apart film, it’s important to load it properly, but also to pull it out of the camera the right way. “Slow, strong, and straight” is the mantra to remember when pulling the film out, and then you just need wait three minutes for the photo to develop before you peel it apart.

In the second video, Chris and Mathieu take photos in Paris with the ONE INSTANT film. It seems that it takes a few attempts to get a good grip on it. But when you figure out the right technique and speed of pulling out the film, you’ll end up with some beautiful instant prints.

The end of an era: Fujifilm kills off FP-100C, the last of its instant peel-apart paper