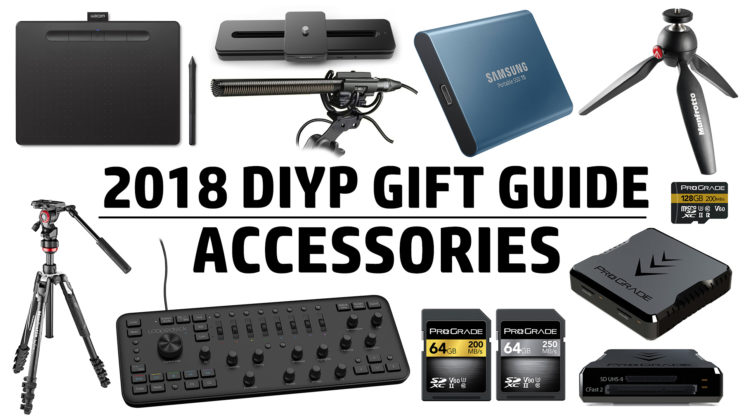 Photography and video seem to come with a never-ending need for extras and accessories. And after we’ve bought our cameras, lenses, lights and bags to put it all in, we still find ourselves needing extra things here and there. So, in this gift guide, we’re going to take a look at some of DIYP’s favourite and most used accessories. 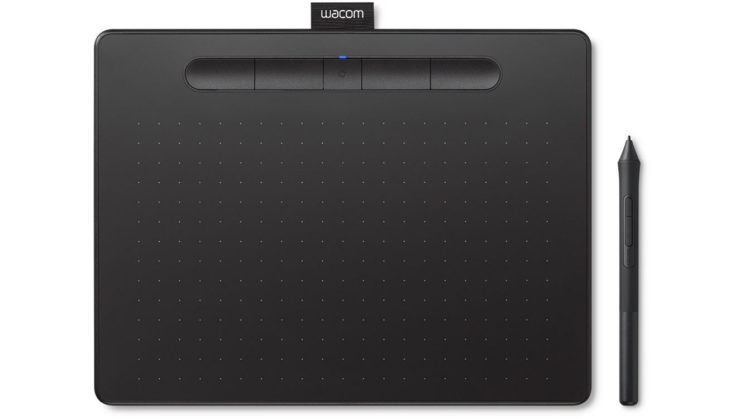 Often, we find ourselves editing away from home on a laptop. But we get so used to having a graphics tablet to work on our images at home, that we feel a bit restricted using a touchpad or mouse when we’re away. This is where the Wacom Intuos Medium steps in.

It’s a little less feature-packed (and a little less expensive) than its Intuos Pro siblings, but it’s become an invaluable companion for us to just slip into the bag alongside the laptop for editing and working on location or while we’re at shows. You can read our full review here. 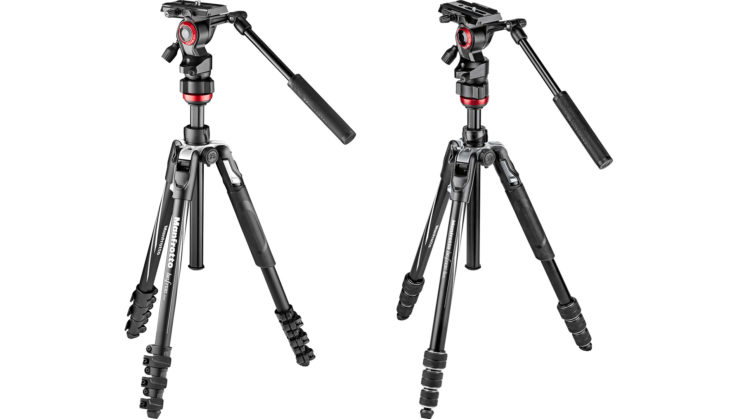 Manfrotto has refreshed their Befree Live lineup this year. Now it’s available in both twist lock (see our review here) and lever lock versions. Which of the two is best will boil down to personal preference on which locking style you prefer, but both of them are fantastic lightweight travel tripods for video. It easily fits into most carry on sized cases, and it’s a great lightweight tripod offering a surprisingly high amount of stability for both video and stills use.

The Smartta SliderMini is a fantastic little Bluetooth slider that packs a lot of punch for its small size. A useful tool for getting small slides while travelling, it can easily handle a good sized ball or fluid head with a DSLR or mirrorless camera on top. It goes out with us on every shoot now, and you can see our review here. Originally launched on Indiegogo, the Smartta SliderMini is now in production and shipping to backers. Pre-orders are available through the campaign page. 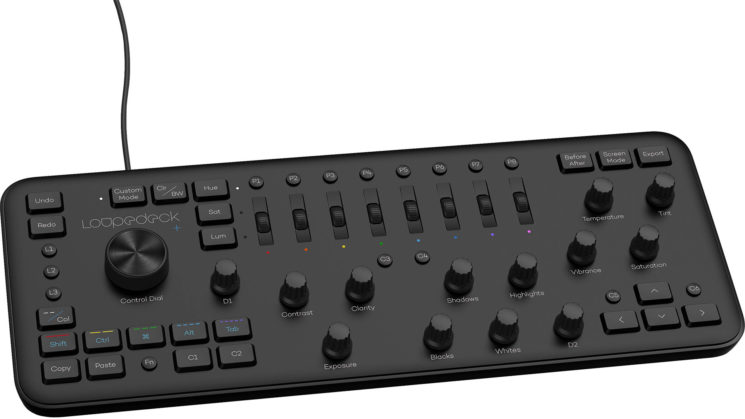 The original Loupedeck took the photography world by storm. Lightroom users rejoiced at the whole idea of having a console on your desk that would let you easily and accurately process your images. The updated Loupedeck+ extends this functionality and adds support for Aurora HDR, Capture One and even video editing with Adobe Premiere Pro.

You can check out our review here. More software support is expected to be added in the future, but this is already a great gift for that photographer in your life who spends far too much time at the computer.

Born from the ashes of Lexar, ProGrade Digital has very quickly established themselves as a leader in memory cards. Jumping straight in at the high performance end with UHS-II SD cards and CFast 2.0, ProGrade has extended their range now to also include UHS-II microSD cards. They also have three very fast USB 3.1 Gen 2 card readers as well, featuring SD/CFast, SD/CompactFlash and dual microSD card slots. These have become the go-to memory cards for DIYP this year, and they’ve shown us great performance and reliability. 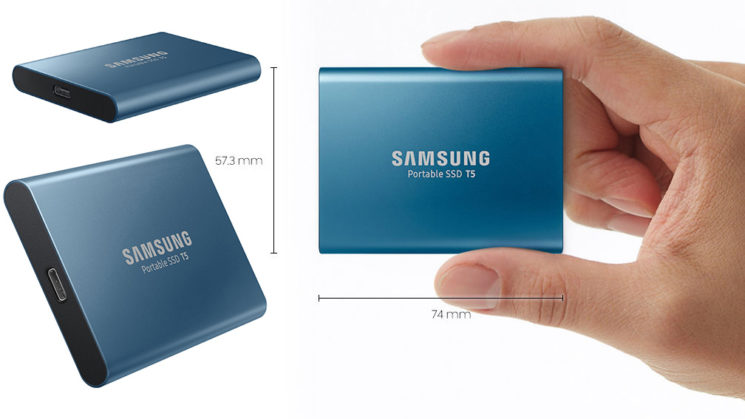 The tiny Samsung T5 SSD has become our primary backup drive when shooting on location or covering shows. As a solid state drive, it has no moving parts, so even though it’s not advertised as a rugged device, it’s a lot more mechanically reliable than a standard hard drive. And as it’s an SSD it’s a whole lot faster, too. I’ve seen transfer rates of almost 500MB/sec using the Type-C USB sockets on my ASUS ZenBook Pro.

It’s also really really small and weighs next to nothing, so it easily slips into a small pouch in your camera bag without getting in the way. You don’t have to have a laptop to use this, either. It will plug straight into most recent Android devices, too. We’ll have a more complete article coming on DIYP’s location backup workflow coming soon, so keep an eye out for that.

The Deity S-Mic 2 instantly usurped my old Sennheiser shotgun mic the instant I first heard recordings made with it. You can see our full review here. For what it costs, it easily keeps up with many other, substatially more expensive, shotgun microphones. It comes as either a basic kit for $359 or as part of a location kit for $429, which includes a furry windshield and a Rycote pistol grip with shock mount suspension. If an on-camera mic is your thing, check out the new Deity V-Mic D3 Pro instead. 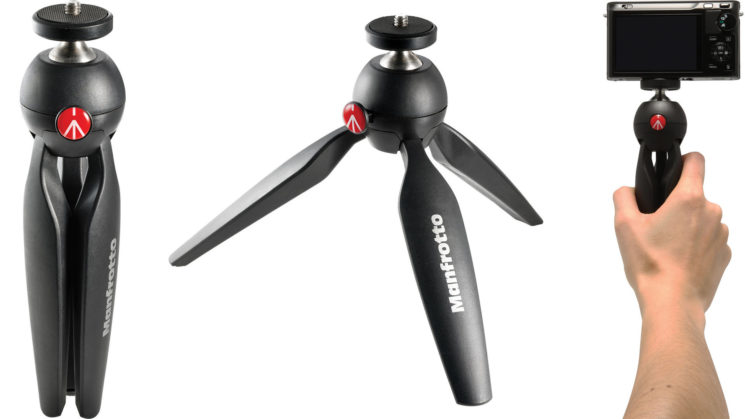 Despite being the smallest tripod I own, the Manfrotto Pixi is also the most used of all the tripods I own. I use it so often that I actually have several of them. I keep one each in several cameras bags so that I always have one handy and never forget to take it out with me. For stills, you can easily set it down on a wall, table, rock or other surfaces to get a steady camera with a low centre of gravity, and if you want to vlog or shoot video, the legs pack up tight for easy handholding.

This is the last of our gift guides for 2018.  We’ve covered cameras, lenses, lights, bags and now accessories. We’ve tried to include as many items as we can that we either use regularly ourselves in production or that have impressed us over the last year.

Have we missed anything? What gifts are you buying for yourself or the photographer in your life this year?