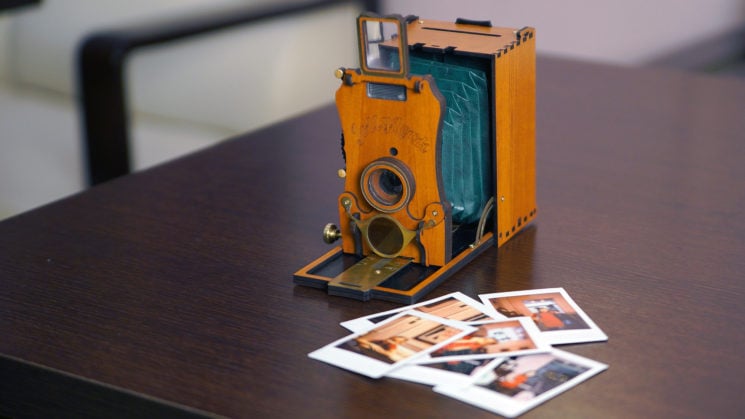 Those old folding film cameras are great. I’ve used a bunch of them over the years, and love when I get the chance to take my Agfa Isolette out the door to shoot off a few rolls. But that folding camera form factor seems to be making something of a comeback, but with a bit of an update.

The Jollylook Auto is styled on those old folding cameras but uses Fuji Instax “Instant film”, has a variable aperture, and even has a built-in flash. As with their previous camera, the Jollylook Auto is being launched through Kickstarter and has hit over two-thirds of its goal in just the first couple of hours.

The original Jollylook was a folding instant camera made entirely (except for the lens) from recycled paper and cardboard. It had no electronic components at all. The new model is a little smarter. The Jollylook Auto is an evolution of that original camera, which is based on a similar design, although constructed largely from wood and brass for a kind of “steampunk” sort of look.

The Jollylook was created by Olag Khalip, initially as a way to show his son how cameras work. But it’s evolved into much more since then. About the new Jollylook Auto, he writes…

Today, we live in a world where the cameras we use provide instant results on a screen, where we take images without thinking, most of which are seldom viewed again. The Jollylook Auto brings back pleasure to the process of taking a photograph, from holding the attractive vintage inspired design, to setting the focus distance and aperture and pressing the shutter button. People today are used to getting perfect photos every time from their phone or digital camera, and so we’ve created a fusion of old and new by using an electronic exposure system to ensure well exposed photos. The use of instant film enables you to see your results immediately, but in a tangible, analog form which many people enjoy in this digital age

While the idea obviously isn’t new, being based around Fuji Instax film (for which Fuji has an entire product line of cameras) and that in itself based on the older Polaroid cameras of past decades, the Jollylook wants to try and give it a more organic feel, taking away from the plastic of Instax and Polaroid cameras to something that’s a little less wasteful. 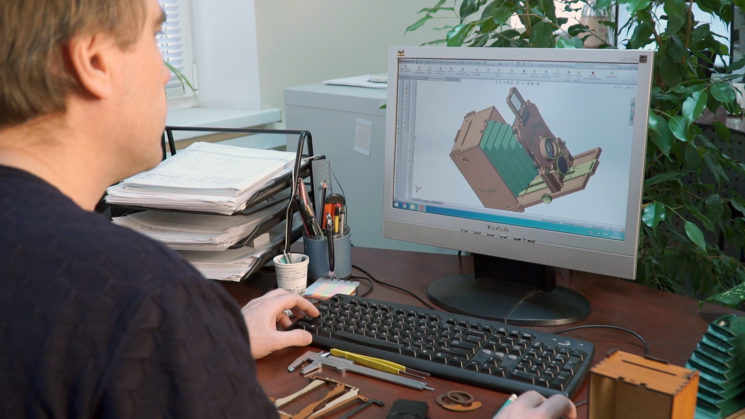 The updated “Auto” model offers automatic exposure and flash to help provide more reliable and consistent exposures in a wider range of settings. You also get precise focus control, although you’re still going to be zone focusing as you can’t see through the lens, as with modern digital cameras. And while it inherits its folding design from its predecessor, the wooden build of the Auto gives it a less obtrusive feel out in public to casual observers while you’re snapping away. 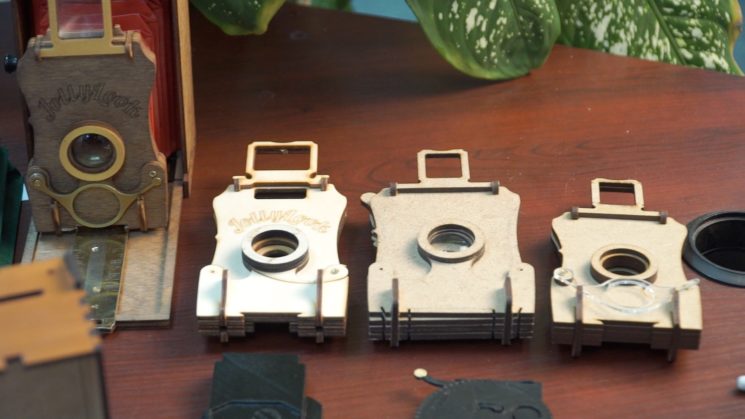 The shutter is electro-mechanical, and the lens is acrylic with a focal length of 110mm. Aperture selection offers five values from f/16 up to f64+ for shooting pinhole shots, multiple-exposure functionality, and an internal lithium-ion battery to power the electronics which charges from a regular micro USB cable and charger (I wish it were Type C).

It looks like they’ve taken a lot of the feedback from the original and addressed it with the new Jollylook Auto. It looks like it’d be a fun camera to go shoot with.

If you want to find out more, or back the campaign yourself, you can do so over on Kickstarter, where pledges start at $79 ($50 off the $129 RRP). The cameras will ship in November.

Jollylook: a folding instant camera made almost entirely from cardboard