Film is not dead. Actually it is so much alive that they were still making cameras for film only two years ago. Well… pinhole cameras. but that only makes it cooler. 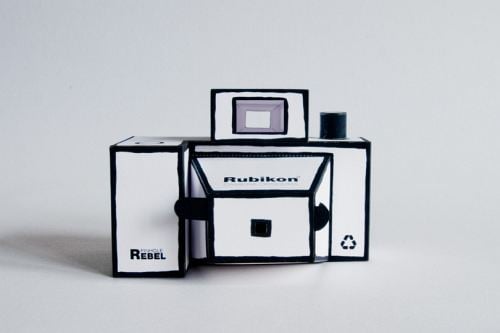 The Rubikon 2 is a paper-fold pinhole camera designed by Jaroslav Juřica and released in 2010 under a Creative Commons license. (Which means its free for personal use, as long as you attribute). It is based off the 1970’s Dirkon camera.

The design is pretty smart and is made from four pre-blackened parts – a body to hold the film, a light-tight chamber, a “lens” and a the coolest viewfinder on the planet. 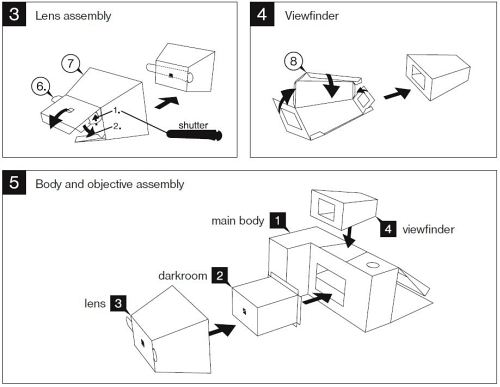 As with other paperfold pinholes, you would need to print the cutouts, assemble a film cassette from an old film canister, and punch a pinhole from a used soda can. 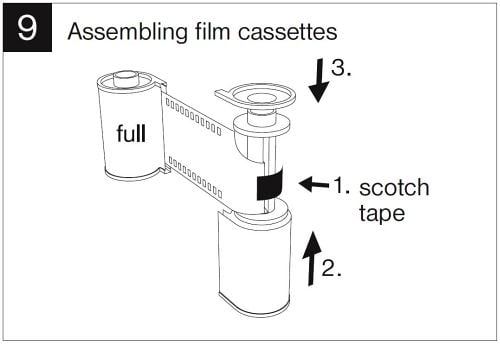 The final camera looks like this, it even has an exposure chart to assist with getting the proper timing with the cardboard shutter. 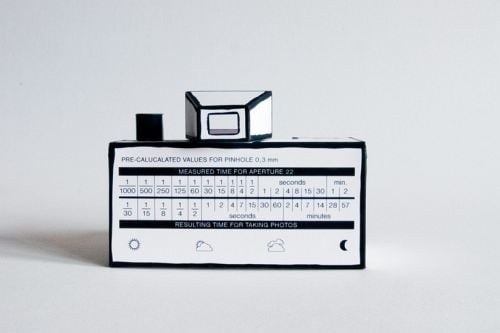 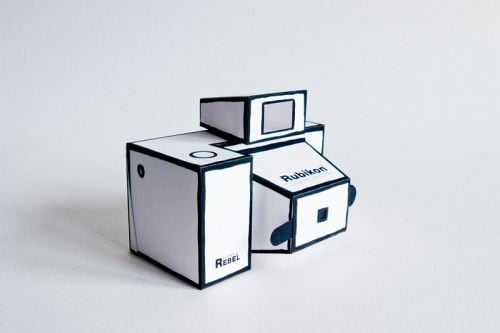 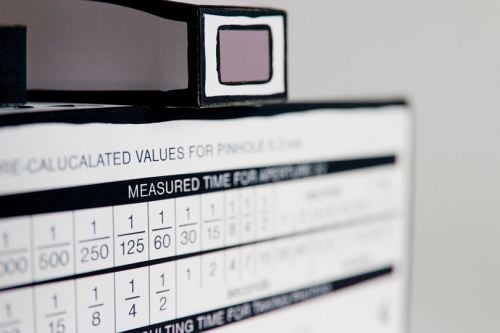 This is a sample image – fuzzy as you would expect :) 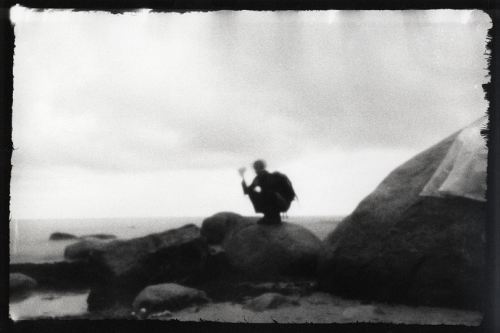 The Best Paper Fold Pinhole Ever