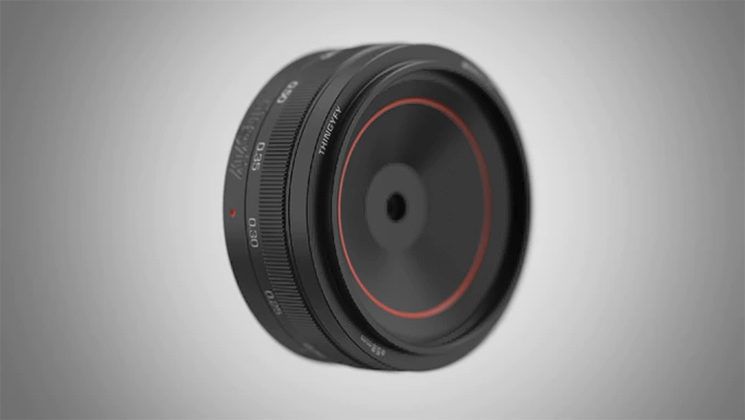 Pinhole photography has had an interesting life. It started off as the most basic fundamental way to capture an image. Despite becoming “obsolete” as lens technology developed, it’s still one of the first types of camera often taught to kids learning photography. They make their own from scratch and then go out and shoot with it. It’s photography at its most simple.

In the digital age, pinhole photography has started to make something of a comeback. Some make their own pinholes, while others buy modified DSLR body caps online. The Thingyfy Pinhole Pro, though, really takes pinhole photographer to the extreme. What makes it unique, and pretty cool, is that it features a variable aperture, with pinhole sizes ranging from 0.1 to 0.8mm in diameter.

The lens is being funded through Kickstarter, although functional prototypes already exist, and there’s an example of some video shot with it on the D750 below. The project is already at almost four times its goal. Thingyfy also already own all the equipment to manufacture the Pinhole Pro themselves. So, as Kickstarter campaigns go, this looks to be a pretty safe bet.

The lens comes with a “standard” 50mm focal length. It’s made from anodised aluminium alloy and features a 58mm front filter thread. The pinhole diameter is adjustable by rotating a dial, which provides the variable aperture. It’s also available in a whole bunch of different mounts, too. Canon EF, Nikon F, Sony A, Sony E, Fuji X, Micro 4/3 (MFT) and Pentax K. 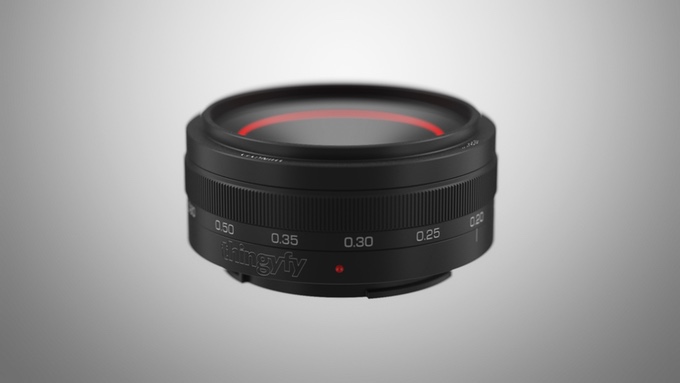 The pinhole diameters and apertures match up a little something like this.

With the smaller pinhole, you should get much sharper detail, although you will require a pretty immense amount of light. Even at ISO, f/500 probably isn’t going to be amazing. You can open this up to f/62, allowing for much lower ISO, but at the expense of detail. But, that these are adjustable, just like an aperture ring on a traditional glass lens, you can pick and choose on the fly. 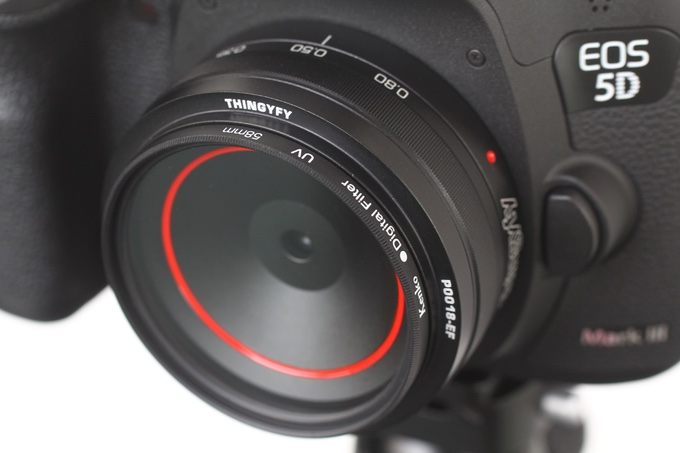 Unlike many “gimmick” lenses that seem to be released lately, the price for these is extremely affordable. You can get yours for only CA$69 in Canon EF, Nikon F, Sony A, Fuji X, Micro 4/3 mounts or Pentax mounts. If you want Sony E, you’ll have to pay a little more at $119. But this certainly isn’t unreasonable.

Thingyfy Pinhole Pro makes a simple, small change – multiple pinholes, but that change allows for real-time experimentation and manipulation that just doesn’t exist in any other model. The unique properties of pinhole photography need to be exposed and played with. New uses discovered. With the products currently available on the market, all one can do is demo the principal at hand.

The aim for the Pinhole Pro is to make an aggressive attempt at re-introducing the viability and opportunity this lens affords to the professional and hobbyist photographers.

Definitely worth a look if you’re interested in playing with digital pinhole photography or video.

You can find out more about the Thingyfy Pinhole Pro and back the project on Kickstarter.