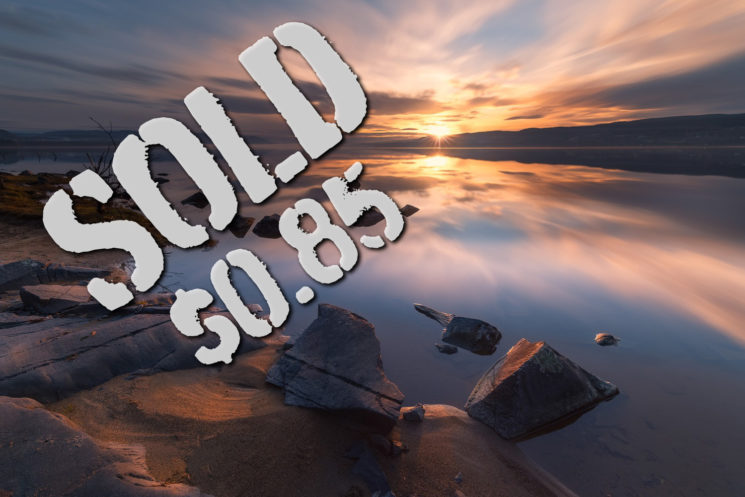 I just received three emails from 500px this evening. I was informed that three of my images were sold.

In other words, I can expect a payment of $2.55. In all honesty, it feels like a mockery.

When 500px launched Marketplace in 2014 we photographers could receive a 70% commission if 500px was our sole licensing agent for a particular image. Back then it was actually possible to get a decent payment if you sold a few images. 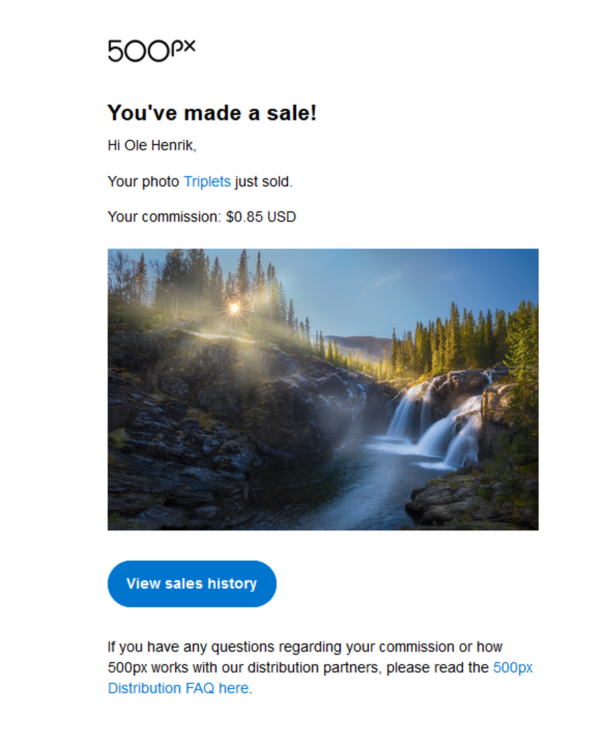 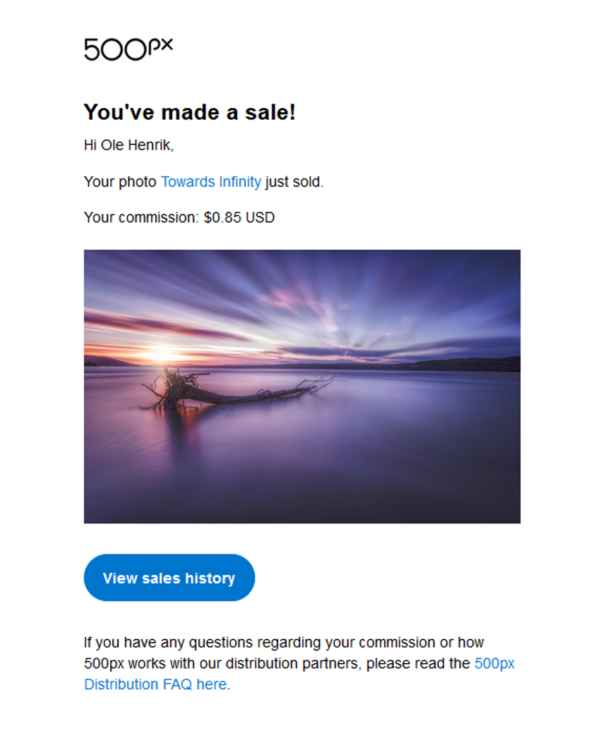 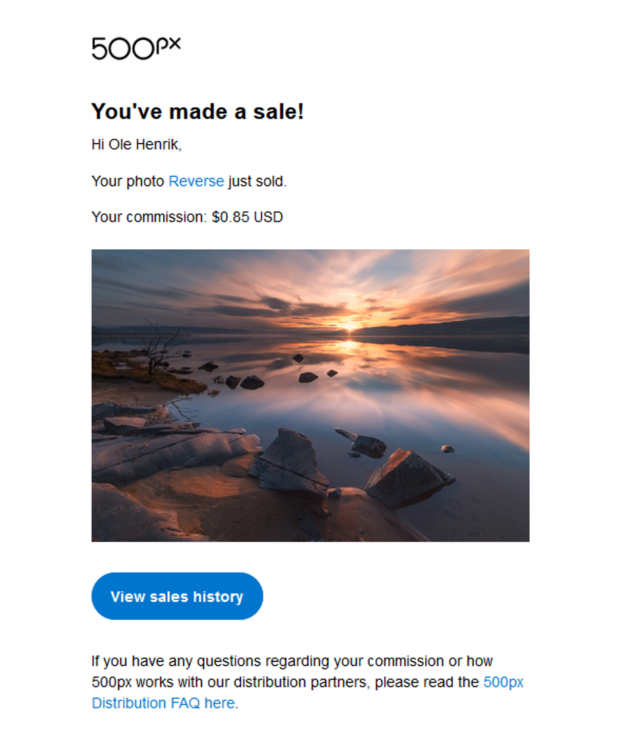 Unfortunately, the bliss didn’t last. The Marketplace didn’t live up to its expectations and wasn’t profitable for the company. When 500px was acquired by Visual China Group, after been partly owned by VCG since 2015, the Chinese company took over image licensing. This further entailed that new licensing terms took effect and prices plummeted.

When I joined 500px back in 2013, photographers held the company in high regard. It was a photo-sharing platform for photographers made by photographers. The slogan seemed to be true and many of us put our trust in 500px. This is probably one of the reasons why so many of the big names in the photo community were active on the platform. Almost wherever you turned there were inspiring images from top artists. Both on the first page and in the Editors Choice section.

The majority of those who colored 500px back in the heydays have migrated to other platforms. Notably, Instagram has seen a huge influx of former 500px photographers. The first crack in the ship appeared in 2015, when the company launched a Chinese counterpart of the website, 500px.me, without notifying or consulting with the photographers first. Suddenly we had two profiles, one in English and one in Chinese. This caused an uproar and resulted in the first migration wave.

There have been plenty of other episodes, which gave the platform a somewhat shabby reputation. I will only mention that a few chosen photographers suddenly overnight saw a huge increase in their following numbers. This was mainly an attempt to lure successful Instagrammers to increase their activity on 500px. For the faithful, this was yet another stab in the back. A new migration wave ensued.

When I still held 500px in high regard and trusted the site with all my heart I faithfully uploaded high resolutions versions of my images for licensing. I was fully aware of that advertising agencies’ first priority in most cases isn’t landscape images. Nevertheless, I sold some images and was happy with the terms and the extra income.

Then things took a bad turn. Suddenly images which had yielded a decent commission were sold for less than $5. I promptly arrived at that licensing images at 500px wasn’t for me anymore. I left my old images, but high-resolution versions of new images remained on my hard drive. Admittedly, if I had been better at reading and scrutinizing new terms, I would have seen this coming.

Anyway, a platform which was made for photographers by photographers is now by many viewed as a platform for profit for the owners. These days I have put my trust in Flickr, and truly hope Dan MacAskill and team will have the resources to develop that site into a profitable and engaging platform.

When all this is said, I still enjoy uploading images to 500px. There still are plenty of very gifted photographers left whose work is inspiring. Not few to me new photographers have joined the platform and post stellar work. The community is encouraging and warm. Engagement is still decent. And I am confident that those working at the headquarters do their very best to maintain the site in such a manner that photographers can thrive and evolve. I owe much of my success to 500px. I am still grateful for that. At last: No, I am not fond of Instagram.