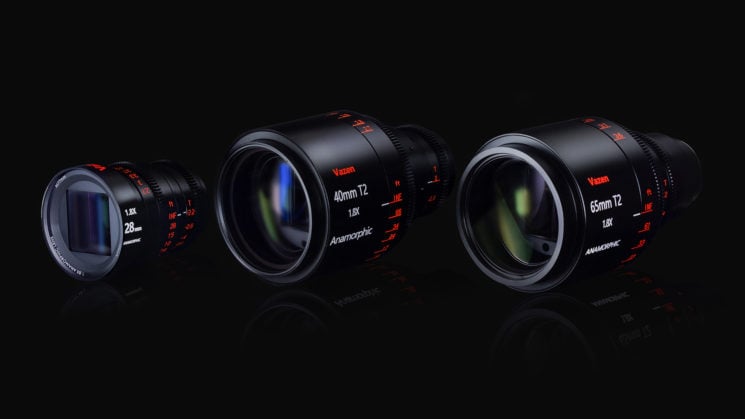 It’s been a little while in the making, but Vazen has now completed its Anamorphic lens trio for Micro Four Thirds, first announced in June 2019, with the availability of the Vazen 65mm T2 1.8x Anamorphic lens. This adds to the 40mm T2 announced in the same month and the 28mm T2.2 released in February of this year.

All three lenses in the set cover a Micro Four Thirds sensor and offer a 2.39:1 aspect ratio when desqueezed. It’s not an inexpensive set, though, with each lens costing $3,250. That’s $9,750 for all three and no “package” containing all three for a discounted price has yet been announced.

The new lens has an 86mm filter thread on the front with an outside diameter of 95mm and a maximum diameter of 105mm. So, something to take into account when figuring out what rig you want to put it in or what matte box you want to stick on the end of it. Vazen says that it “works best” with 4:3 sensors like those in the GH5, Z-Cam E2 and Panasonic BGH1, but not that it “also works well” with the Pocket 4K.

Vazen says that all of the Vazen 1.8x anamorphic lenses deliver “a butterly [sic] smooth oval bokeh, signature blue, but not over saturated, horizontal flare and the widescreen cinematic look”. They also that they offer outstanding sharpness, even wide open, unmatched by other lenses with such a large 1.8x squeeze ratio. 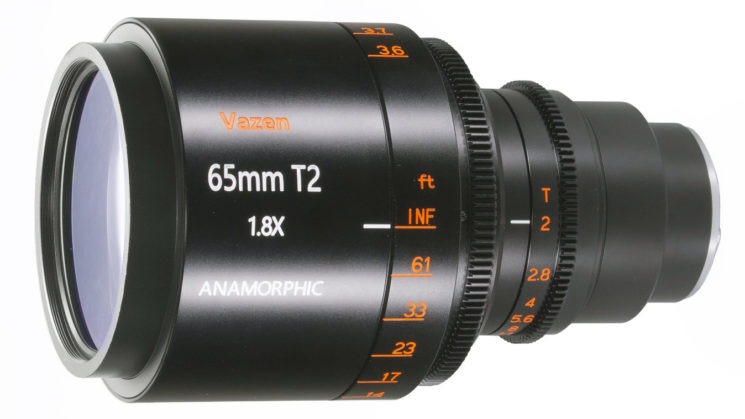