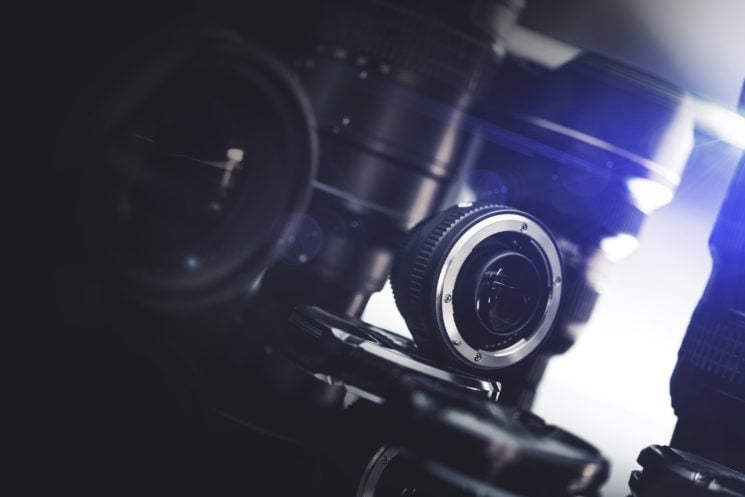 There are times when your gear absolutely needs an upgrade. But there are those other times when you think upgrading will make you a better photographer or a happier person – but it won’t. In this video, Rafael Ludwig discusses why we should “get off the hedonic treadmill” and stop upgrading our gear all the time, and how new gear won’t make us any happier or any better at photography.

I learn from Rafael’s video about the hedonic treadmill or hedonic adaptation. It’s a theory proposing that we will repeatedly return to our “normal,” baseline level of happiness, regardless of major positive changes that happen in our lives. This is why many of us are always chasing rainbows and wanting more and more. And as you can guess, this applies to constantly buying new gear. I guess I can say that this urge is what feeds our Gear Acquisition Syndrome.

Rafael gives an example: you buy that new, super-fancy camera, and you’re on top of the world. that’s your peak happiness. A day later, you realize that your photos aren’t exactly much better than those you did with your old camera. Just because you upgraded your gear, your skill still remains at the same level. Your happiness crashes and you’re at peak sadness. A few more days later, you feel better. You get a grip, pick up the new camera, and start learning how to take better images. And finally, you realize: you could have taken these better images with the old camera as well, you just needed to upgrade your knowledge, not your equipment.

Constantly setting new goals and thinking that we’ll feel happier when we do, buy, or achieve something is pretty common. I think it’s pretty normal even. Learning new skills doesn’t produce such a sudden feeling of happiness as it happens when you buy a new piece of gear. Progress is gradual, often you often even don’t notice it. While on the other hand, buying something new is more “tangible” and more instant. This is why we probably have the urge to buy new things so often. I don’t have it for photography gear, but I do for other things, especially when I’m feeling a bit down.

Rafael further divides buying new gear into doing it because you need to and because you want to. If you don’t have a camera, a lens, a computer, etc. – well, you definitely need them to be able to engage in photography as a hobby or profession. But if you have all that and you’re buying a more recent camera model, another lens, a larger monitor, a fancier speedlight… You just want those items. Nothing bad about upgrading, but it gets bad if you get too carried away.

If you upgrade your cameras, phones, lenses, and other gear every year or even more often, you get huge dopamine hit every time. And when it happens that you can’t upgrade, you’ll feel bad. You may want to buy the new gear even if you can’t afford it because your brain tricks you into believing that this will make you feel better.

When buying gear, Rafael suggests that you invest in it so that you can use it as long as possible. I agree with this approach, especially since I grew in a poor country and most of us can’t really afford to constantly upgrade our gadgets. I’ve had two DSLRs over the past 11 years and I upgraded to Nikon D7000 only when I felt that I squeezed everything the D3000 had to offer. Also, be intentional with your gear, think about how you’ll use it and what you need it for.

Rafael suggests a few rules you can pose to yourself for buying new equipment:

Of course, if something breaks, you are also going to replace it with something new.

It’s important that you create a sweet spot between “need” and “want.” You don’t have to be minimalistic and rely on “less is more,” nor you have to have all the latest gear in the world. Stay realistic with your wishes and with how much you can actually afford. And instead of investing in a new piece of gear as soon as it appears, it’s better to invest in yourself and your skills. I suggest that you also compare your latest work with the older one so you can always have an insight into how much progress you’ve made. In the long run, this will make you much happier and more stable than the latest fancy gear.

The curse of “Comparisonitis” – 7 tips to make you less miserable

Upgrading from Sony a7RII to a7RIII: is it worth it?

« Vazen completes its Anamorphic MFT lens trio with the 65mm T2 1.8x
Seven composition techniques you can learn from “The Queen’s Gambit” »