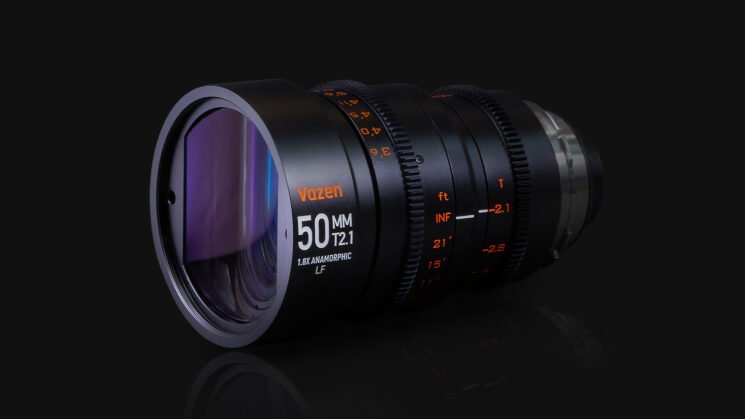 Chinese lens manufacturer Vazen has now officially announced their new 50mm T2.1 1.8x Anamorphic Lens. Designed to cover large sensors like those found in the likes of the Red Monstro, Alexa LF, Kinefinity Mavo LF and Z-Cam E2-F8, the new lens is full-frame. It’s part of a 3-lens set which includes the 85mm T2.8 announced a few months ago, and a yet-to-be-announced 135mm.

The new 50mm lens, Vazen says, features a “super compact and lightweight design”. Weighing in at 1.55kg, it doesn’t sound very lightweight for a lot of folks, but when you consider that it’s a full-frame anamorphic lens… Well, yes, it kind of is. Vazen says it’s one of the world’s smallest 1.8x anamorphic lenses for full-frame cameras, too.

The lens comes with an interchangeable PL and EF mount, with shims for mounting on various cameras. At 1.55kg, it actually comes in a touch heavier than the company’s 1.35kg 85mm T2.8 1.8x Anamorphic Lens announced last year. It also comes in at the same price as the 85mm T2.8, at $8,000.

Vazen says that all of their 1.8x anamorphic lenses feature a front anamorphic design that delivers “buttery smooth oval bokeh, signature blue, but not oversaturated, horizontal flare and the widescreen cinematic look”. The 50mm T2.1 offers a 65° horizontal field of view (similar to a 28mm spherical lens) and features built-in 0.8 mod gears on independent aperture and focus rings. 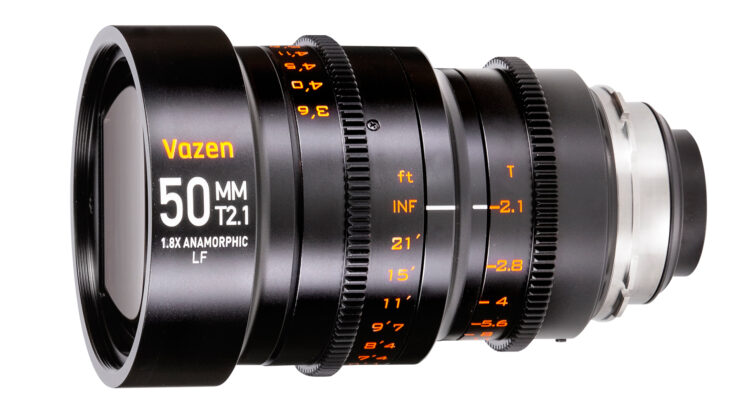 The Vazen 50mm T2.1 1.8x Anamorphic lens is available to pre-order now for $8,000 and begins shipping in August. You can find out more about the lens on the Vazen website. Vazen says that the 135mm 1.8x Anamorphic Lens should be announced within the next couple of months.