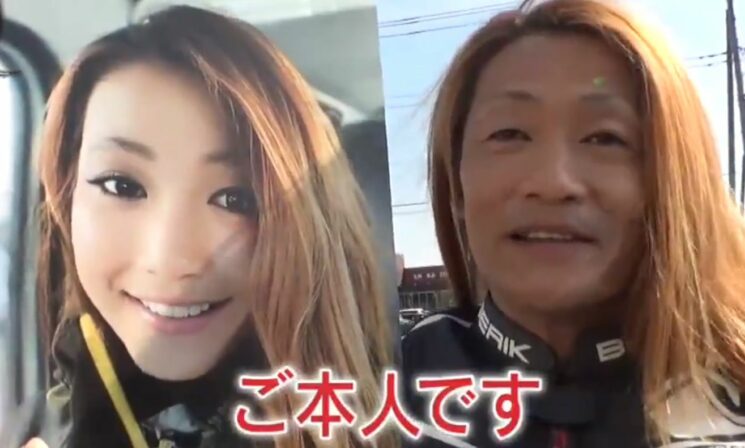 It’s not strange for a young, gorgeous biker girl to amass nearly 30 thousand followers on Twitter. But what if I told you that the girl is actually a 50-year-old dad? Yup, this man has trolled everyone using FaceApp and made my day today. And funnily enough, after he confessed his prank, it seems that his followers loved him even more!

A beautiful Japanese biker Soya no Sohi loves motorcycles and traveling. She started a Twitter account back in January 2019 to share her adventures while traveling on her bike across Japan. Other than being a biker girl, she is also young and beautiful, so naturally, she gained tens of thousands of followers.

Well, “Soya” is actually Yasuo Nakajima. He didn’t lie about everything, of course. He really is a biker, he does travel, and he has fabulous hair – but he’s a dude. A 50-year-old dude who took those FaceApp filters to a whole new level.

One of his followers noticed that something was fishy when “Soya” shared an indoor photo of her motorcycle this February. In the right rear-view mirror, there was not a reflection of a hot young girl. Instead, there was a middle-aged man taking the photo (with a cute pink case on his phone, as one of the followers pointed out).

Well, the mask has fallen, and Yasuo admitted his prank this March. He announced that he would appear in Japan’s TV show Monday Late Show, still posing as “Soya.”

Here’s the excerpt from the show. I don’t understand a thing, but it’s still freakin’ hilarious.

“If a girl like her existed, anybody would go crazy for her, right?” Yasuo said in the TV show, and Vice reports. In other words, he created the online persona of a cute biker girl because not many people would want to follow a 50-year-old man. It turned out that he wasn’t entirely right. After admitting his incredibly long prank, he gained even more followers, and the comments he received were filled with support.

I don’t know about you, but I’d personally prefer following a middle-aged make biker living life to the fullest. “Perfect” girls are all over social media (thanks to FaceApp and other filters), it’s just not fun anymore. On the other hand, how often do you see a 50-year-old man living an adventurous life like this?

Either way, it looks like Yasuo’s followers like both his personas. And as far as I’m concerned, this is the most hilarious prank I’ve seen in a year.