Last week I attended the Salon De La Photo in Paris. After attending PMA@CES earlier this year it was interesting to see how booths of big companies in a local show compare to similar booths in international shows. (Generally, they are smaller copies of their big brothers :)

Here is the interesting thing, speaking with a few vendors on the floor who attended both Photokina in Germany and the Salon in Paris there seemed to be a conceseus that the salon while being smaller, and French only was way more engaged and crowded. 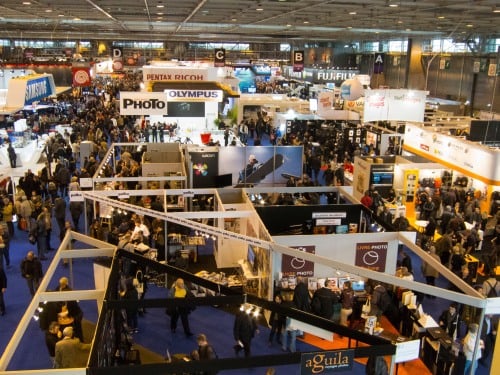 A few weeks back PetaPixel share images of booths from Photokina, I thought it would be fun to compare (Photokina as a snap on lower right of the first photo) 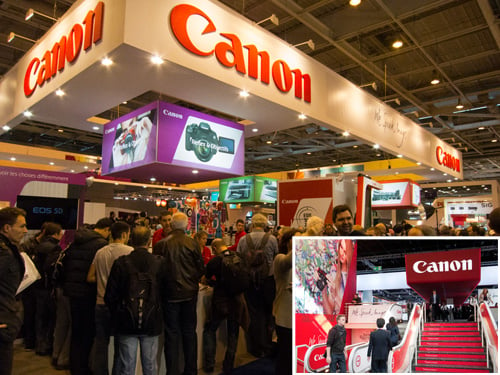 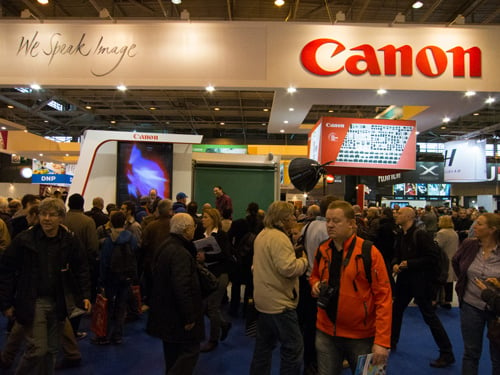 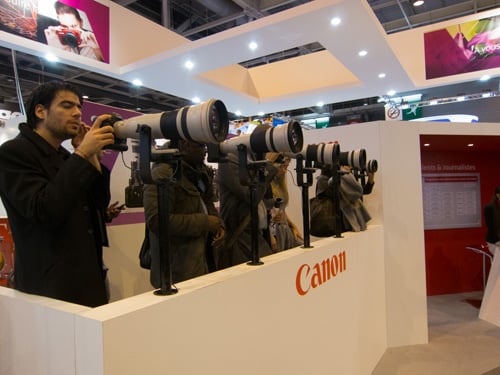 Nikon had the second biggest booth with a selection of their cameras and the new D5200 on display (first public appearance, I think), though they did not allow taking pictures with the camera using your own card. And of course, they had a small shooting range of their own. 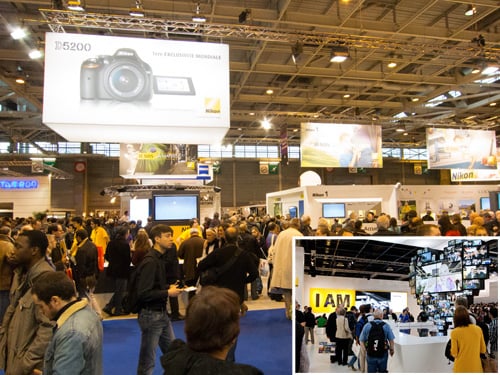 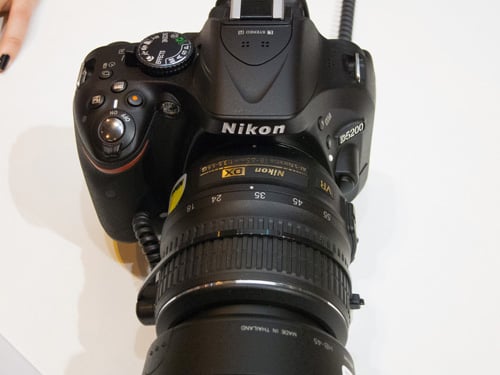 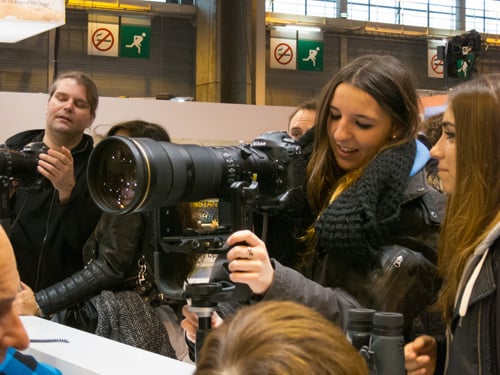 Sigma Created a booth with their lenses displayed in museum like tanks. And you could borrow any of their lenses to try out. That and their 200-500mm f/2.8 behemoth. 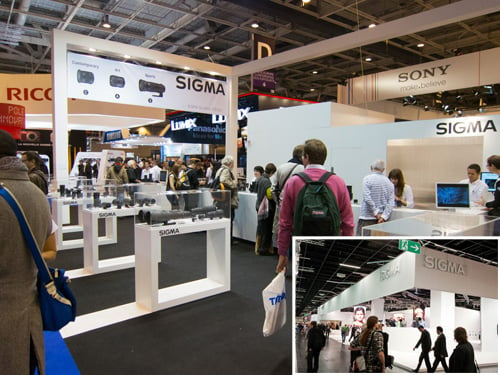 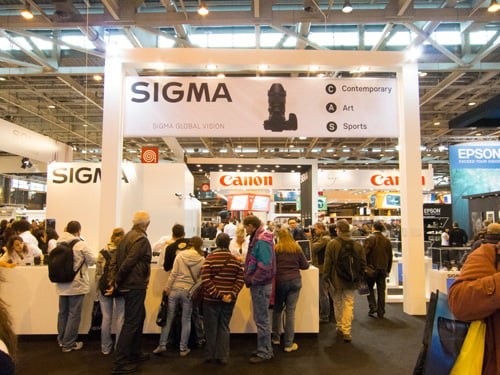 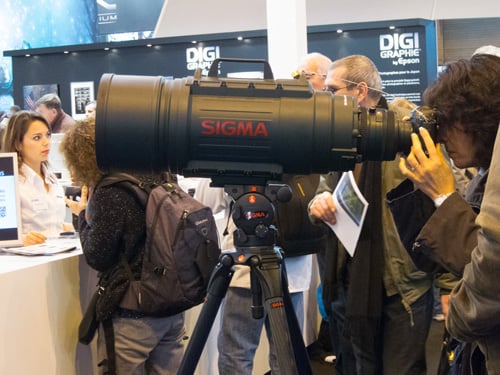 (No jungle theme from Sony) 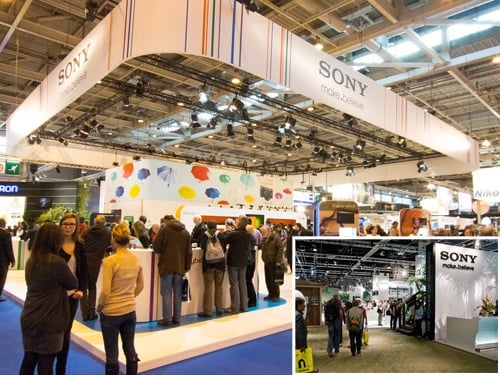 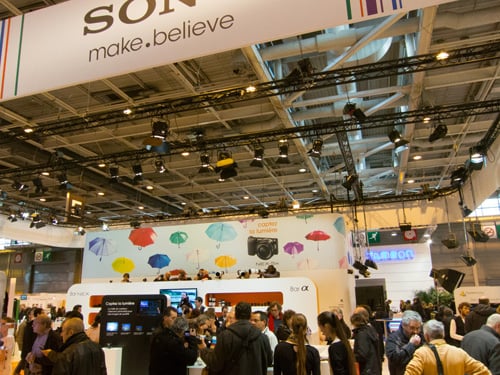 Pentax brought their amazing water wall to the show, this is something you just cant take your eyes off. 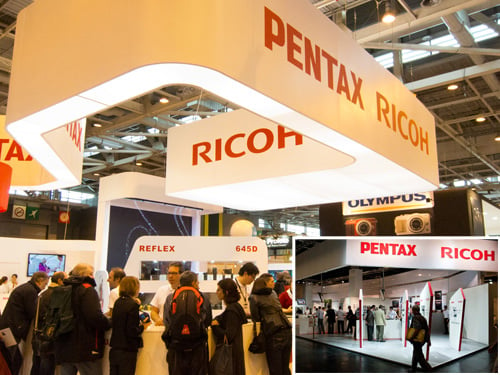 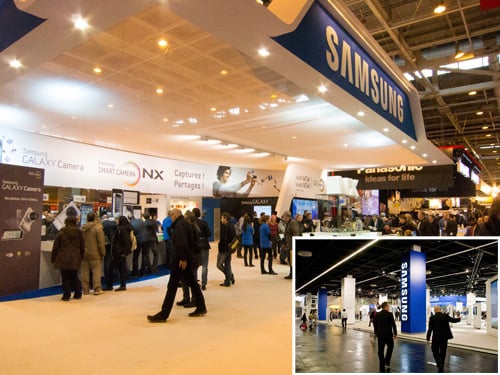 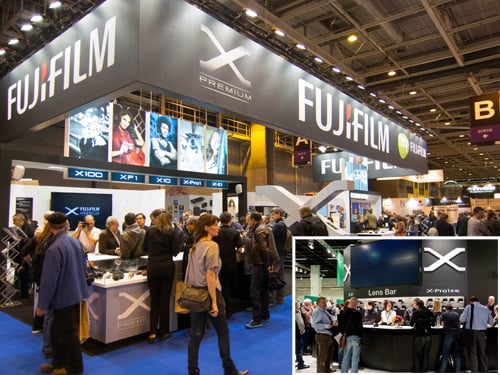 With the show serving on Paris and the vicinity only (with french as the main language), I could see how it is smaller show than the one in Germany which servers the entire industry. Some vendors chose to have small booths (Leica), or none at all (lensbaby), yet the ones who did show up seemed to take it with the same seriousness just on a smaller budget.

Breaking: After 70 years the Photokina trade show shuts down indefinitely