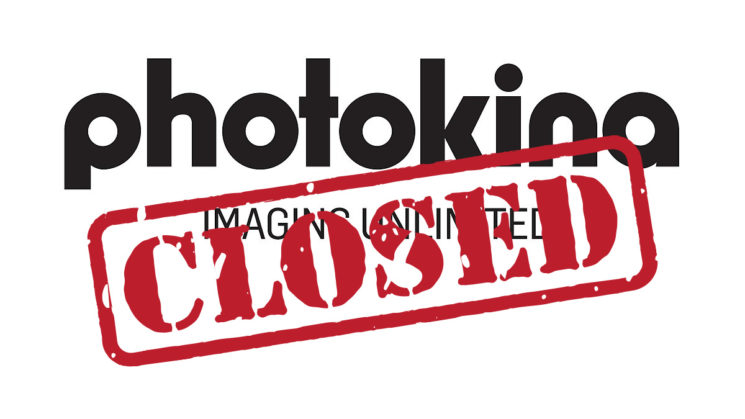 The organisers of Photokina at the Koelnmesse have just announced that Photokina, the Biennial photography trade show in Cologne, Germany, has come to an end after 70 years. The show had sent out emails to exhibitors this morning, letting them know what was going on, and then announced the news publicly via press release.

They say that this hasn’t been directly caused by the coronavirus pandemic, although it did cause the cancellation of Photokina 2020, stating that “the imaging market was already subject to strong upheaval, with annual declines in the double digits”. 2020 simply amplified this effect and has led to their current decision.

In view of the further massive decline in markets for imaging products, Koelnmesse has decided to discontinue organising photokina at its Cologne location for the time being. “Unfortunately, at present the framework conditions in the industry do not provide a viable basis for the leading international trade fair for photography, video and imaging,” according to Gerald Böse, President and Chief Executive Officer of Koelnmesse. “This hard cut after a 70-year shared history was very difficult for us. The trend in this industry, with which we have always had a close and trusting partnership, is very painful for us to witness. But we are facing the situation with a clear, honest decision against continuing this event, a decision to which, unfortunately, we have no alternative.”

The press release begins that it is “suspended until further notice”, suggesting that it may return one day, but I suspect that it won’t. The next Photokina show was scheduled for 18-21st May, 2022. This will now obviously no longer go ahead. This essentially makes The Photography Show in the UK the largest photography show in Europe now. How that’ll play out after January 1st, 2021, however, is another matter entirely.

Even before the coronavirus pandemic began, the imaging market was already subject to strong upheaval, with annual declines in the double digits. The momentum in this direction intensified massively in 2020, most recently reporting a decline in the 50-percent range. Recently, these developments have had a profound effect on photokina, which – in Cologne since 1950 – for generations has been the top address for the imaging industry and ranks among the most favourably and emotionally charged brands in the trade fair world.

It’s not much of a surprise that Photokina has thrown in the towel. Their announcement in 2017 that Photokina would be downsizing and switching from a biennial event to an annual one seemed to signify the beginning of the end with organisers trying to do whatever they could to stay relevant. Of course, ultimately they were never able to switch to that annual status. After 2016 was 2018. Photokina 2019 was cancelled and thanks to the coronavirus, so was Photokina 2020.

Koelnmesse has made its decision in close coordination with the German Photo Industry Association. Kai Hillebrandt, Chairman of that association, remarked: “Our partners in Cologne have done everything in their power to maintain photokina as the leading global trade fair. Nonetheless, an event held in 2022 could not have met the expectations of the entire imaging community that those efforts were intended to serve. That is why we, on behalf of our association, are joining them in taking this regrettably unavoidable step. We would like to take this opportunity to thank the team in Cologne for a tremendous 70 years together!”

And that’s that, really. Unless some genius comes up with a way to relaunch Photokina at some point in the future to a fabulous fanfare and guaranteed success, Photokina is no more.

Of course, The Photography Show in the UK came about after the previous main annual UK show, Focus on Imaging was cancelled in 2014 due to dwindling attendance (from both exhibitors as well as visitors). The Photography Show, however, seems to have modernised and is now doing ok for itself.

No doubt the cancellation of Photokina will help to bolster The Photography Show’s efforts in the coming years, with 2021 set to be a virtual show early in the year on the 6th & 7th of March and then a physical in-person event between 18-21st September. The show in September is expected to be a much larger event than previous years, having been moved into larger halls at the Birmingham NEC.

Update: This article previously stated that the next in-person event for The Photography Show would not be until 2022. It is in fact 18-21 September, 2021.

« Is it unprofessional to text your clients?
This smartphone tripod mount lets you use your Apple Watch as a selfie screen »