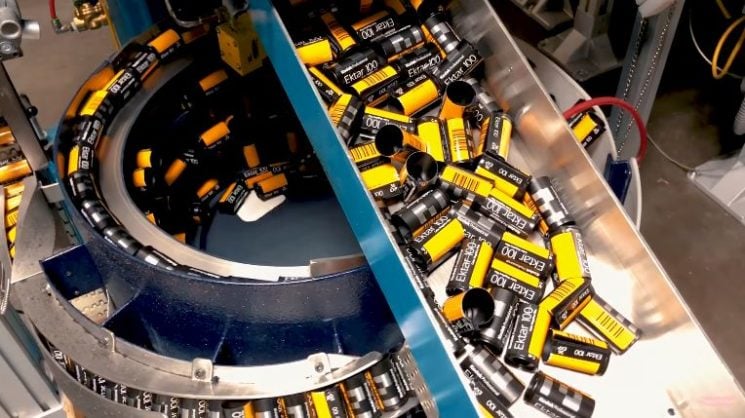 We’ve seen a couple of camera gear factories, like Sony, Leica or Sigma. This time, George Muncey and the Negative Feedback team take you to Rochester, New York for a tour of the Kodak Headquarters. In this video, you’ll see the place where Kodak’s 35mm films are born and hear plenty of information about the place.

The Kodak headquarters is huge, “twice the size of Central Park.” In the video, you can see both the inside and the outside of the place, which consists of several large buildings. You can take a peek in the offices, but also in the factory – which, in my opinion, is the most interesting part.

You can see how master rolls look and where they’re stored before they get cut into smaller formats. There are giant rolls of film, as well as all the pieces that make up the final roll of film. Finally, there’s also the packing process shown. George explains that Kodak is “capable of making 50,000 rolls of 35mm film a day.” That’s quite something, although they probably don’t use the full capacity and make fewer films per day.

If you’d like to take a peek inside Kodak’s factory, make sure to watch the video, and see more of Negative Feedback on their YouTube channel.