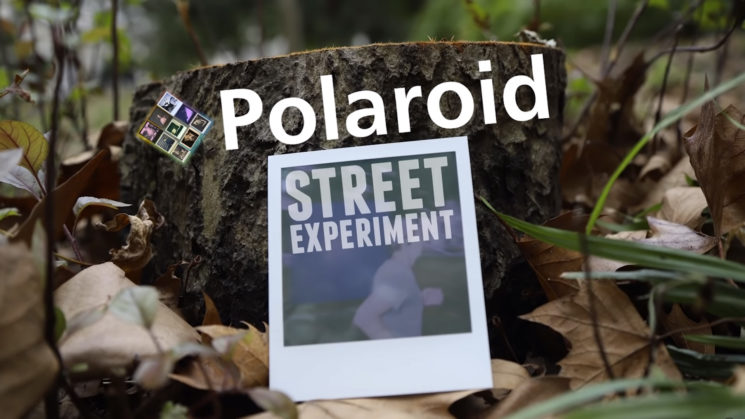 This is an interesting take on street photography. A social experiment of sorts. Normally, when we do street photography and people are included, or even the subject, of the images we shoot, those people almost never get to see the images we shoot or even know we shot them. Photographer and YouTuber, Josh Katz decided to try something a little different, as he wandered the streets of New York City recently.

Armed with only his Polaroid, Josh photographed people around NYC as normal, but instead of disappearing and moving onto the next subject, he handed over the picture for the subject to keep and started conversations with them as the prints developed.

Josh told DIYP that this was an attempt to answer the question “How does it feel to be the subject of a street photo?” and the responses he received from the people he photographed is quite interesting. While he didn’t ask for permission from his subjects to shoot the photos, as is normal for street photography, many of the initial responses were as we’d expect, but everything seemed to change when he actually handed them the print.

Perhaps, most interesting of all is that he as the photographer has no idea what the images will look like when he hands over that initial print. And if the subject just takes the picture, doesn’t want to chat and walks off, he’ll never know what it looked like.

What’s crazy about this is I don’t know what that photo turned into. It could be horrible, it could be great, and suddenly I feel like the invasiveness of photo-taking is now flipped onto me. I feel a little bit naked right now, I feel vulnerable.

The reactions of the subjects as he hands the image over are a mix of defensive, thankful, confused, and all kinds of different emotions. One even apologised for walking into his shot, not realising that they were the subject. But as he talks to them, and they start to open up about how it’s made them feel, and what people think about the idea in general of being photographed in public without being asked. 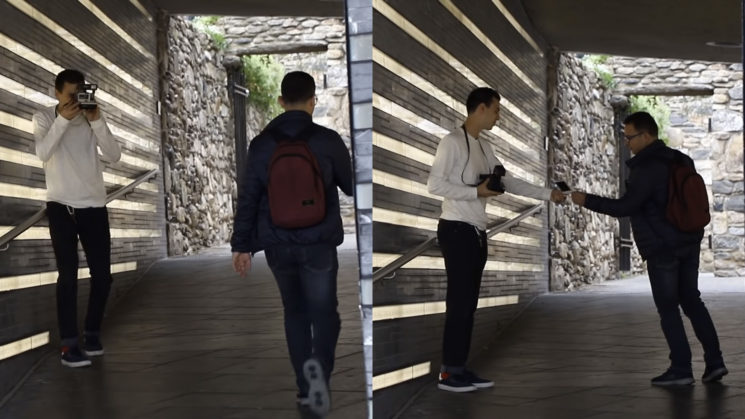 Perhaps it was just that it was in NYC, but many people didn’t seem to either notice or just didn’t care that Josh had shot their photo. As one lady said, “I think in New York it’s to be expected”. This sentiment wasn’t shared by everybody, and I don’t think this holds true for all locations around the world, but it’s definitely more accepted in some than in others. 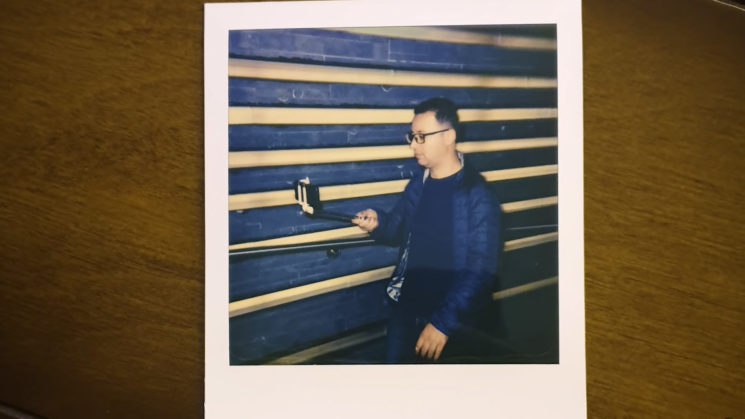 I occasionally do street photography in big cities here in the UK, like Glasgow and Manchester. In those cities, too, I’ve experienced that many people don’t seem to notice or care. But in smaller towns and cities where it’s less common, you do see some concern. Every now and then, people get defensive when they realise you’ve shot a photo of them, but mostly it’s curiosity in my experience. They’d like to see the image, and maybe get a copy.

Josh shot 30 photos in five hours, and he says it’s definitely taught him more about street photography. Things that he perhaps wouldn’t otherwise have realised.

It’s been fascinating studying how when you make it more about the subject and less about you, giving them that photo, it’s a completely different emotional reaction. And you see the emotional shift from angry, confused or frustrated to then… pretty happy. Almost every single person we photographed was stoked or some people didn’t care, but most people were stoked and that was very cool.

I haven’t done quite this experiment before, but I have occasionally handed a card to people I’ve photographed on the street after I’ve seen something and shot a photo of them so that they can email me afterwards and I’ll send them a copy. While there isn’t a requirement to ask permission in many street situations around the world, approaching them afterwards can make a big difference as to how you as an individual and street photography as a whole are perceived. And if you’re shooting in a particular area regularly, it can be good to help build up a rapport with the locals.

A very cool experiment, and some interesting insights from the subjects of street photography.

How would you have reacted?