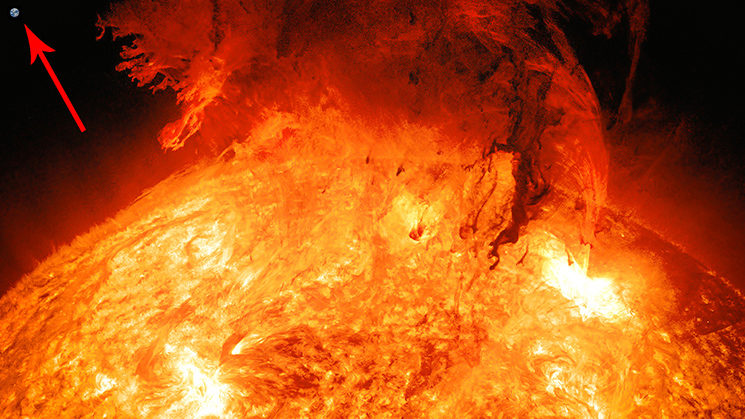 The image was taken by NASA’s SDO spacecraft back on 7 June 2011 and recently edited and published by Jason Major.  He explains a coronal mass ejection phenomenon:

“A coronal mass ejection (CME) the result of solar plasma caught within a loop of magnetic field from the Sun (i.e., a prominence) being blasted into space when the loop breaks.”

Some of the material falls back into the Sun but some is also sent out into the solar system.

It appears liquid but it is all ionized gas and charged particles controlled by magnetic fields and, of course, the Sun’s powerful gravitational pull.” 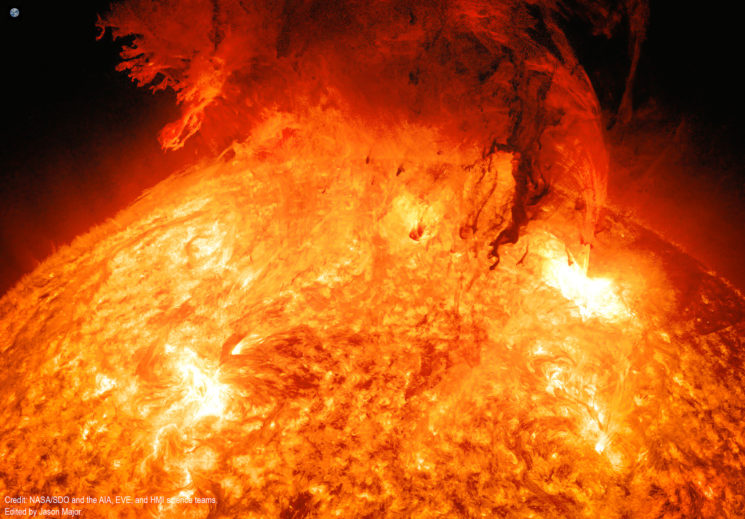 When you look at the image alone, it’s difficult to imagine the size of the coronal mass ejection. So, to help you get the better feeling of the proportions, there’s a small image of Earth in the upper left corner. I know it’s difficult to grasp. But it’s one of the things that make this image and other similar images so impressive.

« Kodak is now shipping Ektachrome rolls out to testers
Is the middle line the “secret rule of photo composition?” »