Did you manage to catch the partial solar eclipse yesterday? Did you wonder what it looked like from space? NASA shared an interesting video that shows what the Earth looked like during the eclipse. It shows the moon’s shadow cast on our planet and it’s pretty cool to see the eclipse from a totally different perspective.

The video is composed of photos captured by NOAA’s GOES-East satellite, produced and edited by Steve Spaleta. It shows the moon’s shadow cast on Earth as a result of the annular solar eclipse that was visible yesterday in the US and Canada.

In the northeastern United States and eastern Canada, the sun appeared like a crescent instead of a circle during the eclipse. Over northern Ontario and in the high Arctic, an annular eclipse or “a ring of fire” was visible. Since the path of totality wasn’t over densely populated areas, I guess most photographers only saw a partial eclipse, but I bet it was still magnificent. Judging from this photo NASA published, it sure was. 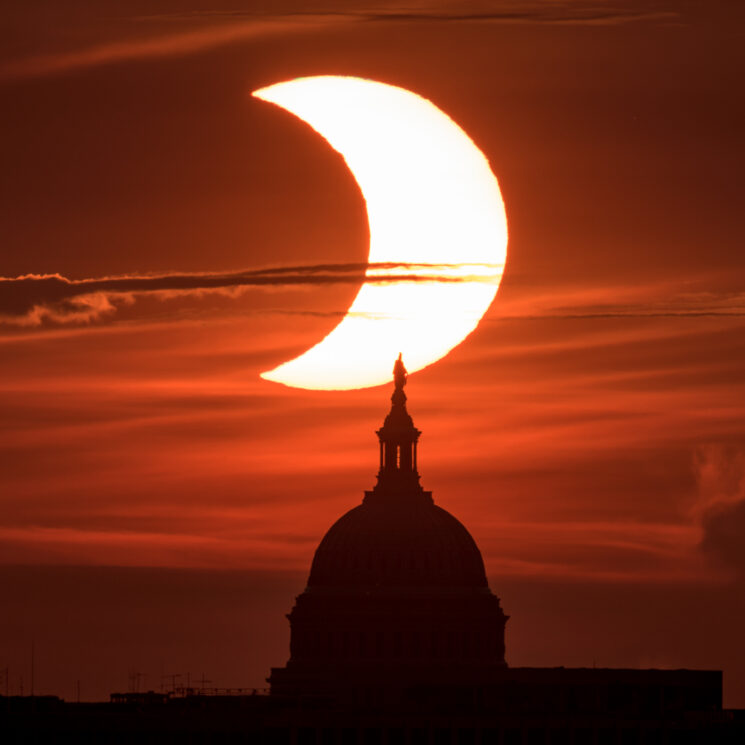 « Here are the satisfying shutter sounds of 18 different cameras from 35mm to 8×10 large format
Laowa has released an automatic aperture version of their 7.5mm f/2 lens for Micro Four Thirds »