Canon recently announced the new RF 85mm f/1.2L USM DS lens for the EOS R mirrorless system. But what exactly does DS mean? Sure, it means “defocus smoothing”, but what effect does that actually have on the image? How does it make the bokeh look? Well, Canon has put out a video showing exactly how it looks.

The 90-second video shows a basic overview of defocus smoothing, along with some examples. It’s essentially Canon’s equivalent to the Apodization (APD) tech found in lenses like the Sony FE 100mm f/2.8 STF GM OSS. 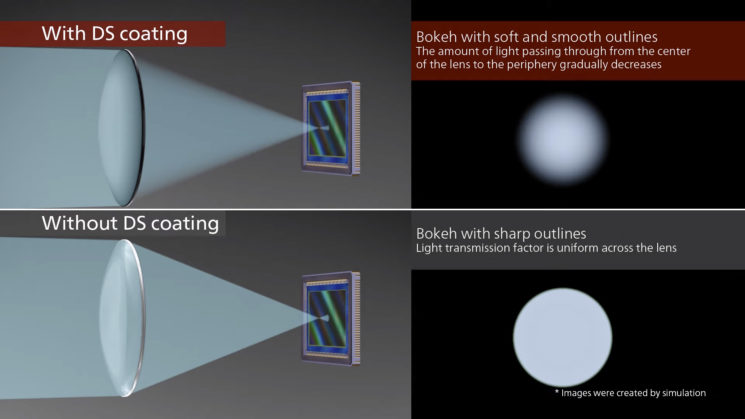 Defocus Smoothing, Canon says, is a vapour-deposited coating that’s added to the front and rear surfaces of one or more elements which “has the effect of gradually decreasing the transmission factor from the centre to the periphery of the lens”. In plain English, this means that the out of focus areas all essentially have a sort of radial gradient feather, softening the edges.

The RF 85mm f/1.2L USM DS is the first Canon lens to feature the technology, and for the $300 cost difference over the non-DS version, it definitely gives a look that many photographers will prefer. It almost makes you wonder why they bothered to release a non-DS version at all.