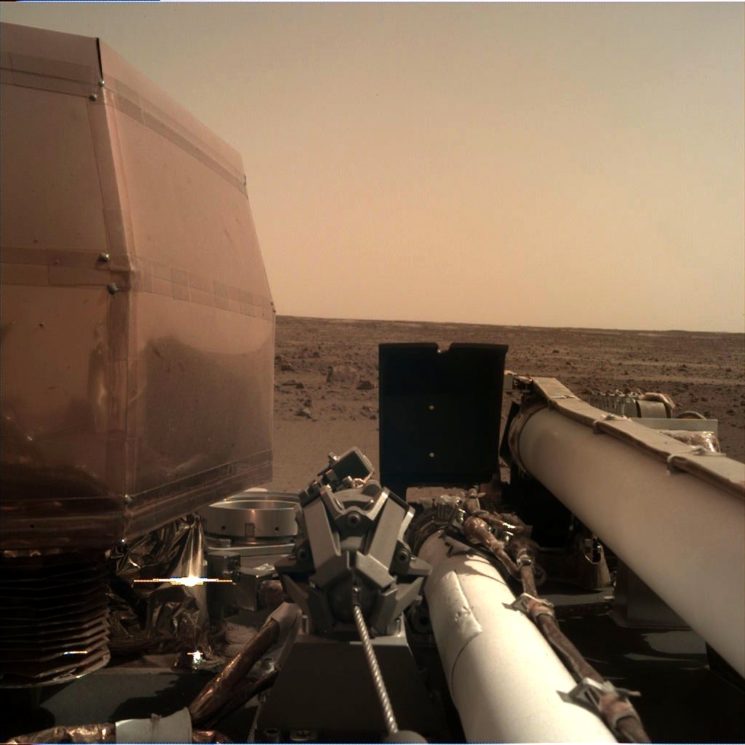 On 26 November, NASA’s InSight lander arrived successfully on Mars. It landed, opened its solar panels to recharge the batteries – and sent in the first “selfie” back to Earth. This is the first image taken by InSight, one of many more to come.

Aaah…soaking up the Sun with my solar panels. ? After a long flight, and thrilling #MarsLanding, it feels great to get a good stretch and recharge my batteries. (Like, literally.) It’s just what I’ll need to really start getting in tune with #Mars. https://t.co/yse3VEst3G pic.twitter.com/LpsiI0KNNz

InSight was launched on 5 May 2018, and it has landed on Mars only hours ago. It’s designed to explore the Red Planet in depth, for the first time since it was formed 4.5 billion years ago. NASA explains that this is “the first outer space robotic explorer to study in-depth the ‘inner space’ of Mars: its crust, mantle, and core.” Pretty impressive, isn’t it?

Thanks to InSight’s studying of Mars’ interior structure, the scientists will be able to answers key questions about the early formation of rocky planets and exoplanets in our inner solar system, including Mercury, Venus, Earth, and of course, Mars.

InSight will bring new and important findings to the scientist and to humanity in general. And to space geeks, I’m sure it will bring plenty more exciting images from the Red Planet. If you’d like to follow the news about InSight, you can do it on NASA’s website and on Twitter.

This Photo of a Sunset Was Captured By a Robot. On Mars.