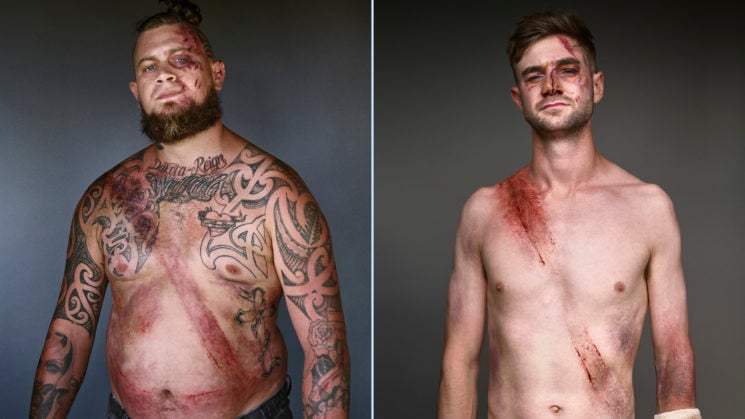 I don’t know about your country, but people in mine often wear a seatbelt only in order not to pay a ticket. However, being financially fined is definitely not the worst thing that can happen if you don’t buckle up. In fact, wearing a seatbelt can make a difference between life and death. Clemenger BBDO Wellington, a New Zealand-based creative marketing and advertising firm, decided to point it out in a series of moving, powerful portraits of crash survivors.

Teaming up with the New Zealand Transport Agency, Clemenger BBDO Wellington created a series of powerful portraits named Belted Survivors. It’s followed by stories from the people who wouldn’t be here if there weren’t for a seatbelt.

Before we go any further, I must warn you that the portraits are rather graphic. Even though the wounds were recreated, some of you might still find the images disturbing, so proceed with caution.

“Around 90 people die on New Zealand roads every year because they’re not wearing their seatbelt” Clemenger BBDO says in a statement. “Young males make up the majority of these fatalities.” They apparently see a seatbelt as “an unnecessary accessory.” But the truth is, a seatbelt can “make the difference between ending up injured, or ending up dead.” And you’ll agree, it’s a big difference.

Clemenger BBDO Wellington wanted to stress out this important difference. They wanted to point out that wearing a seatbelt could be crucial to surviving a severe car crash. So, they teamed up with Vice to gather hundreds of real stories from people who survived crashes thanks to their seatbelts. Finally, ten men were chosen for the campaign.

The team used their post-crash photos to recreate their real-life injuries. PROFX New Zealand recreated the injuries, working closely with Emergency Medicine Specialist Dr. Tash McKay. She provided close medical guidance to the make-up team, explaining that a seatbelt really does leave a mark like this. “They will save your life, but they will leave you a mark to show how they’ve done it.”

The survivors were photographed in their own homes around New Zealand. This way, they were in a familiar environment, surrounded by family and friends while reliving their past experiences. I think this was a good call, concerning how traumatic those experiences must have been. The survivors themselves then launched the campaign via their own social media.

According to Clemenger BBDO Wellington, the campaign will keep evolving as more of these stories are shared and amplified. The agency’s ECD Brigid Alkema says: “You can’t argue with these stories. They’re real experiences, lived by real people. We hope this truth will move our audience to wear their seatbelt.”

I sure hope this campaign will inspire people to wear a seatbelt and make more of them aware of how important it is. Take a look at more photos below, and read more of the stories on beltedsurvivors.nz. 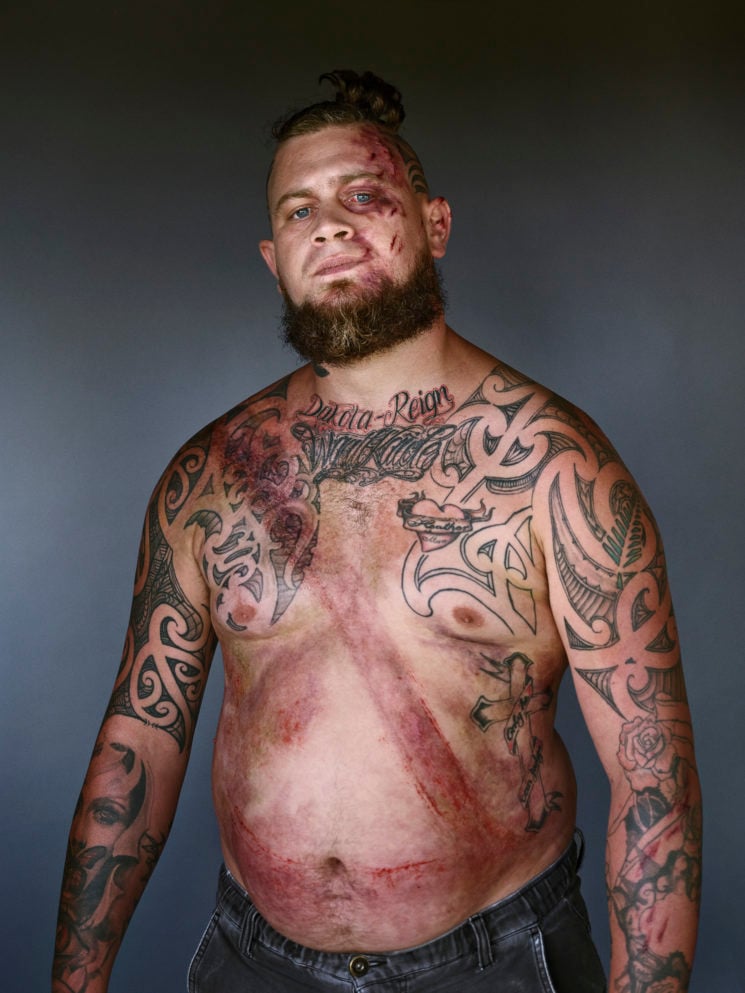 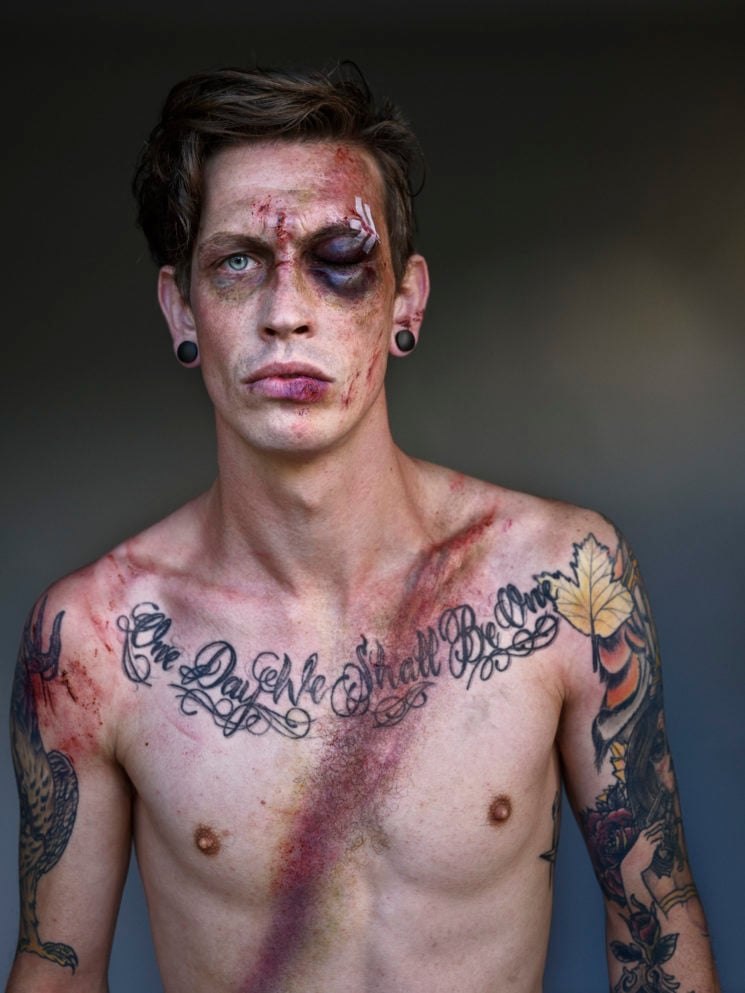 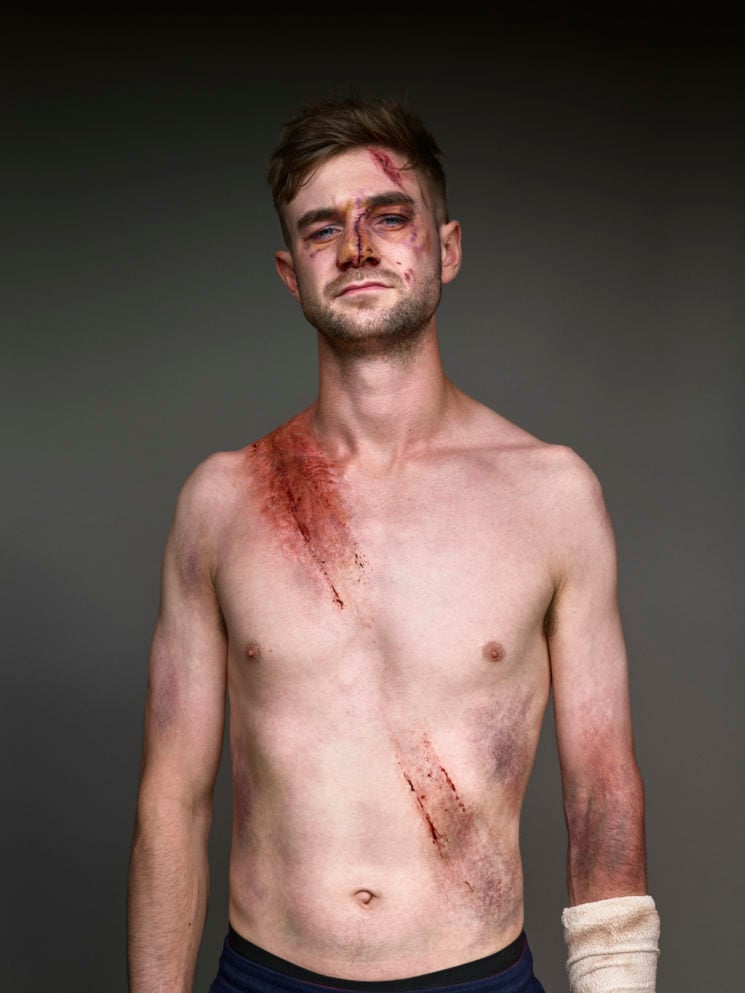 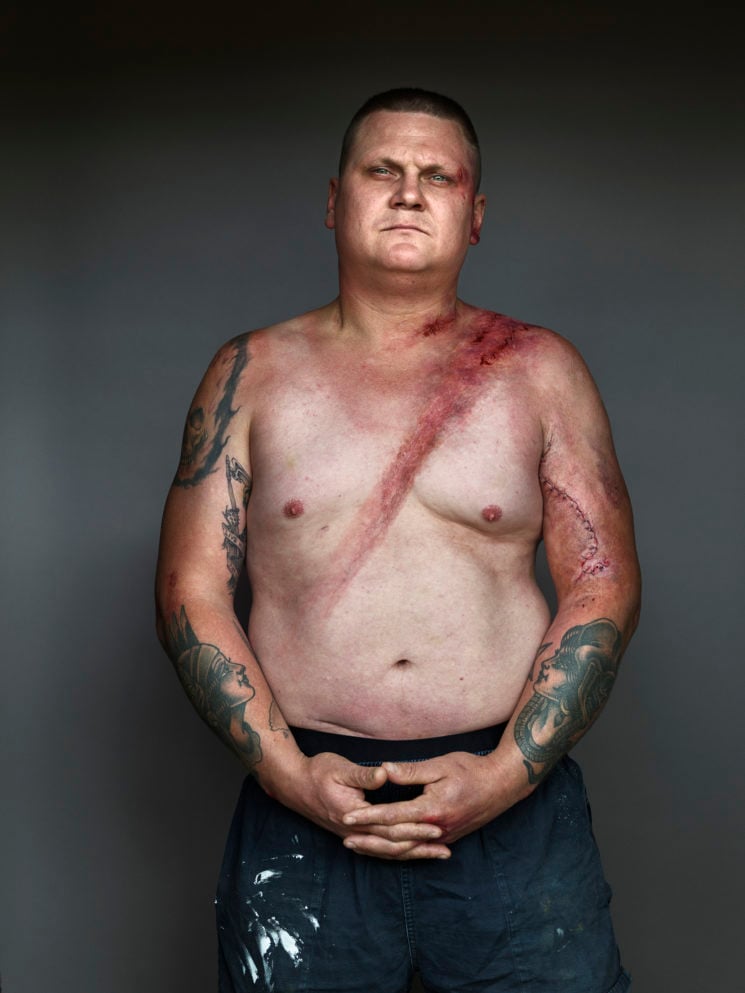 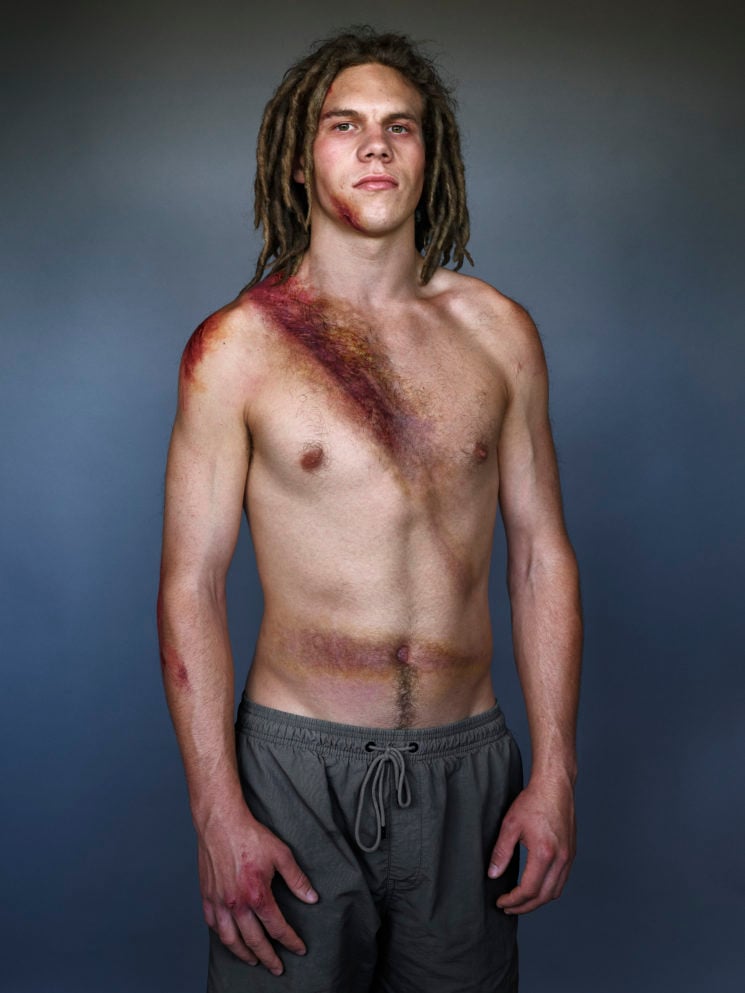 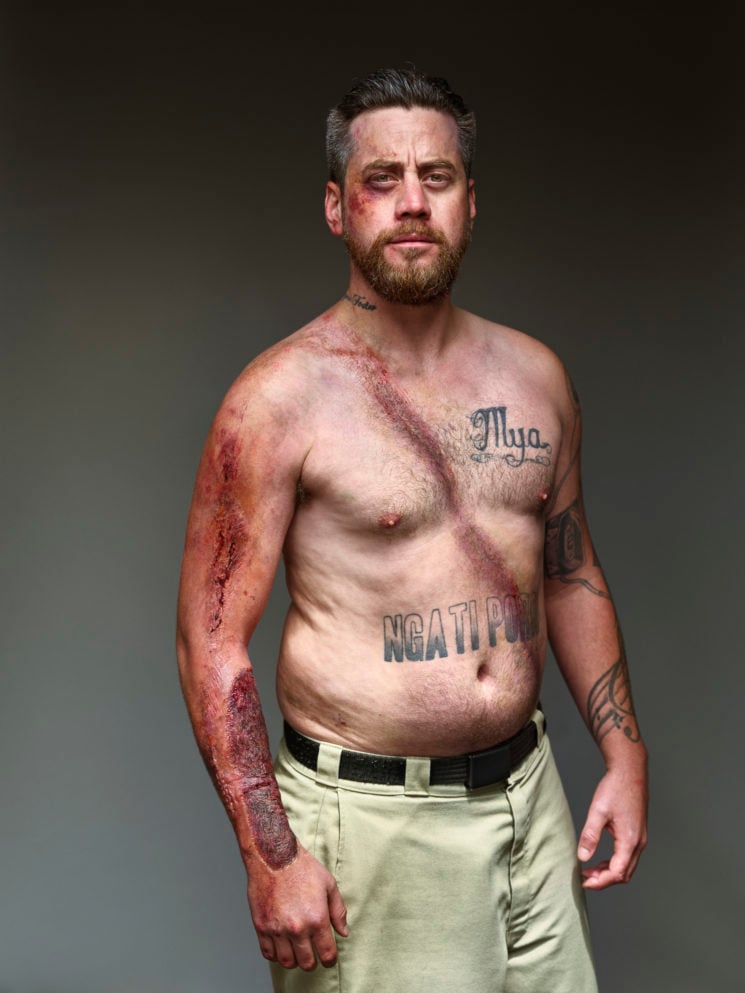 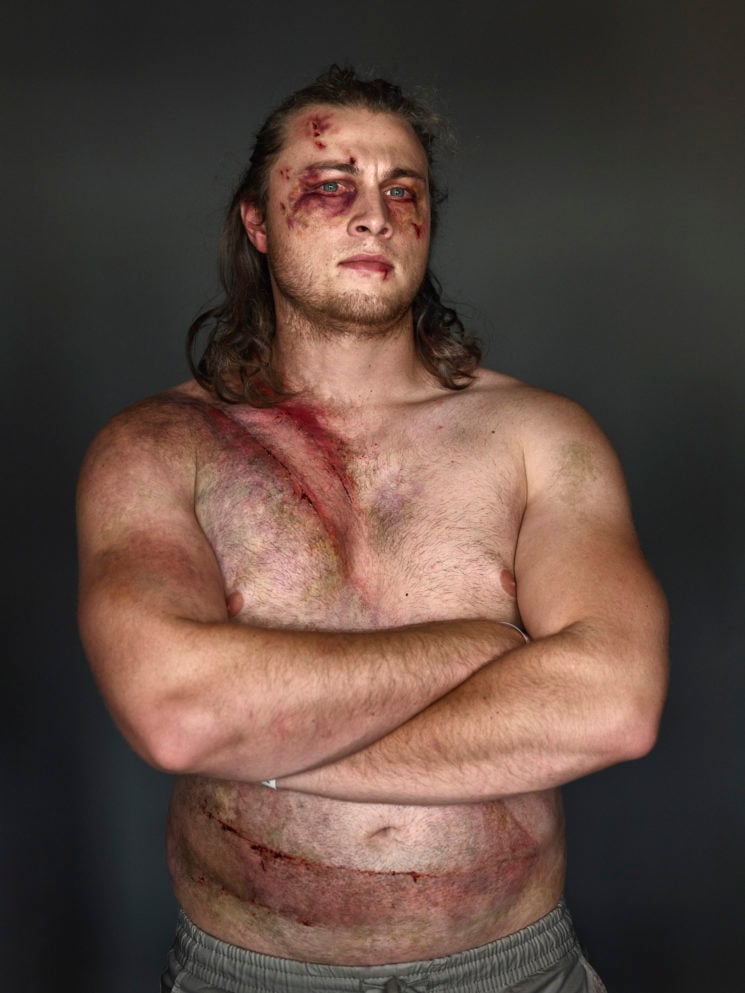 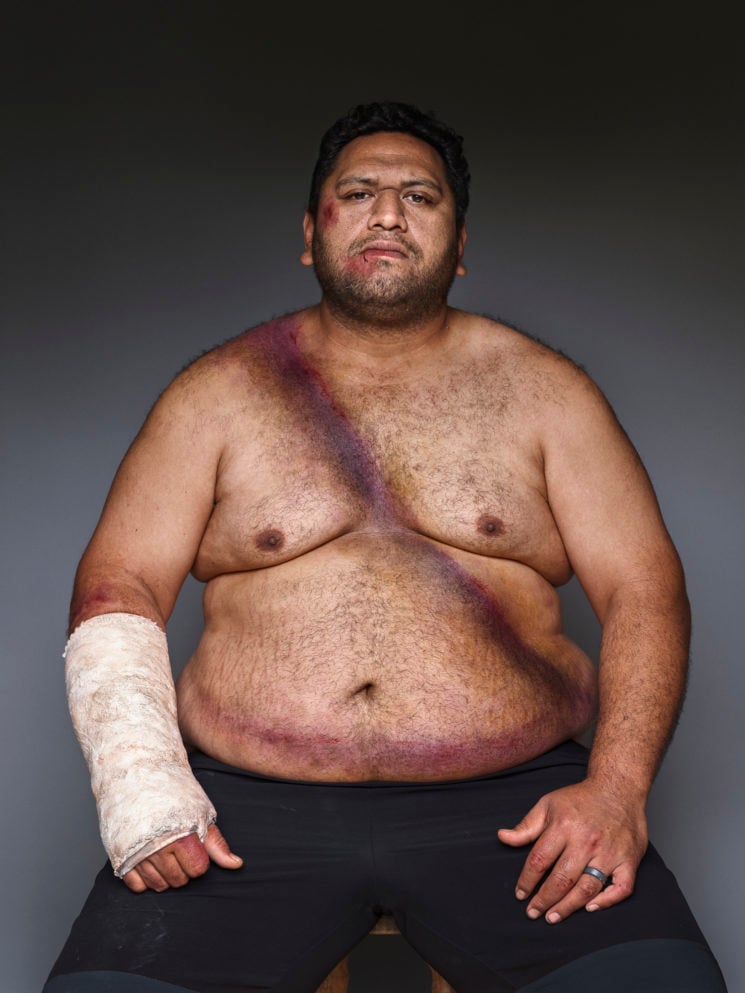 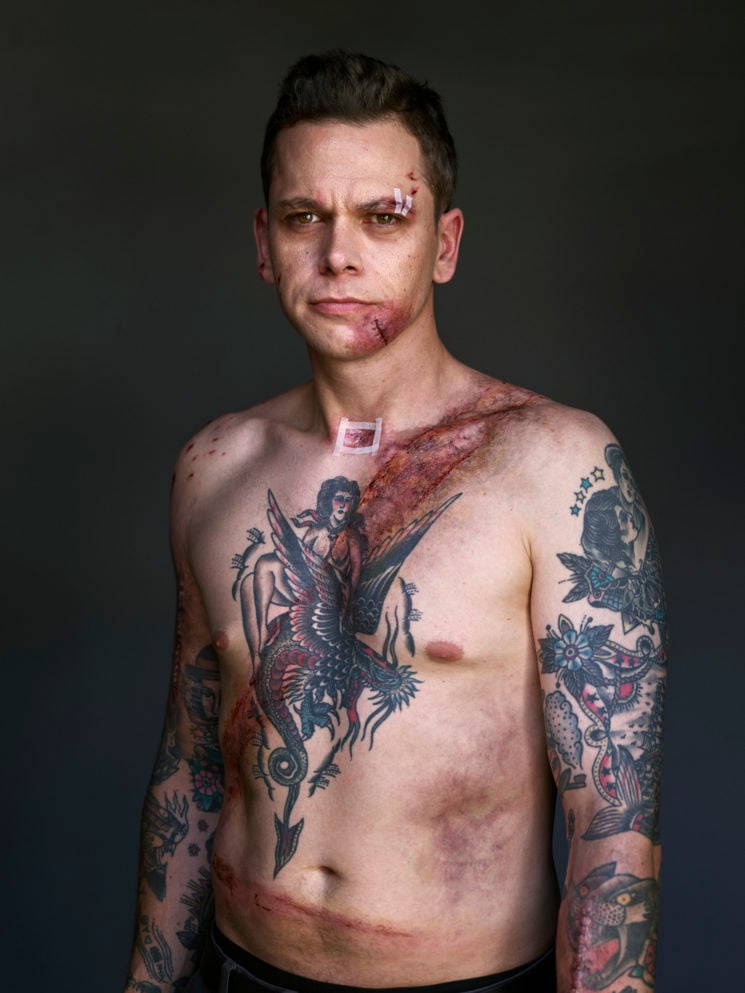 « Going away with camera gear? Here’s how to pack like a travel writer
How to dodge and burn in-camera to preserve highlights and save time in post »