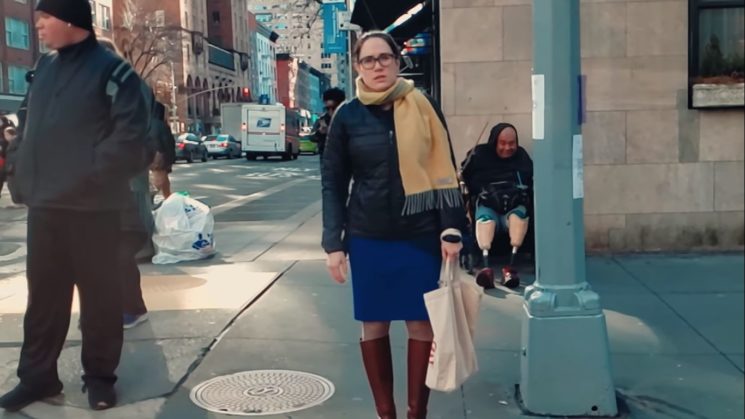 It’s difficult for me to imagine that anything can move slowly on the busy streets of New York. But thanks to his super slo-mo video, filmmaker Glen Vivaris made people and cars appear almost as they’re frozen in time. All it took was a smartphone and an idea, and the result looks like a tense and almost surreal movie scene.

Glen filmed several videos while driving in a car through the streets of New York. He shot it using the Galaxy S10’s super slow-motion feature, and he later assembled several clips into the final video.  As he explains on Reddit, the car was actually moving really fast in comparison to the people. “If you were to play it normal speed, the car just zips by in a split second,” he writes.

I find it interesting that you can see the flickering of LED signs and street lights in this video. They would be unnoticeable at normal shooting speed. I also think that the choice of music is perfect, and it adds to the kinda eerie atmosphere of the video.

Glen notes that this is “similar to how they shot the explosion behind Quicksilver in Xmen Apocalypse.” Many users were quick to notice that this has been done “countless times.” It has been done with slow-motion cameras ever since they became commercially available, as one user writes. However, until recently it wasn’t possible to do something like this using nothing but a smartphone. No high-speed camera, no professional rig – just the filmmaker and his phone. And I think it’s pretty exciting to know that you can make something like this with only a piece of gear that fits into your pocket.