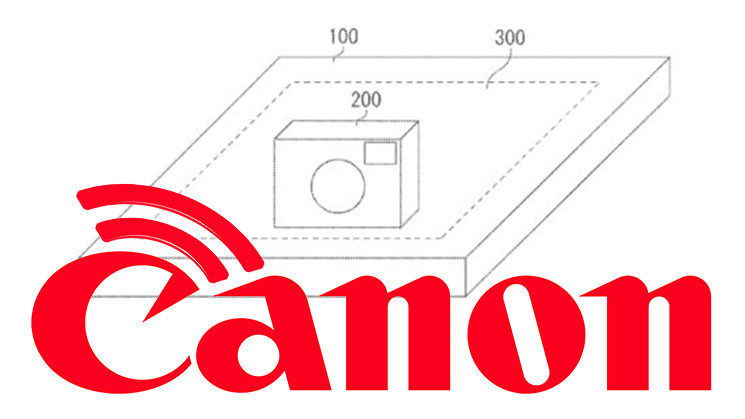 This is something we’ve sort of seen before and Canon actually showed off a prototype for it back in 2015. But now a new patent has been granted to Canon, according to Canon Watch, for a new wireless charging system. With the catchy title “Power transmission apparatus for wirelessly supplying power to power reception apparatus”, Patent US10375639 describes a method of wirelessly charging cameras from a base station. 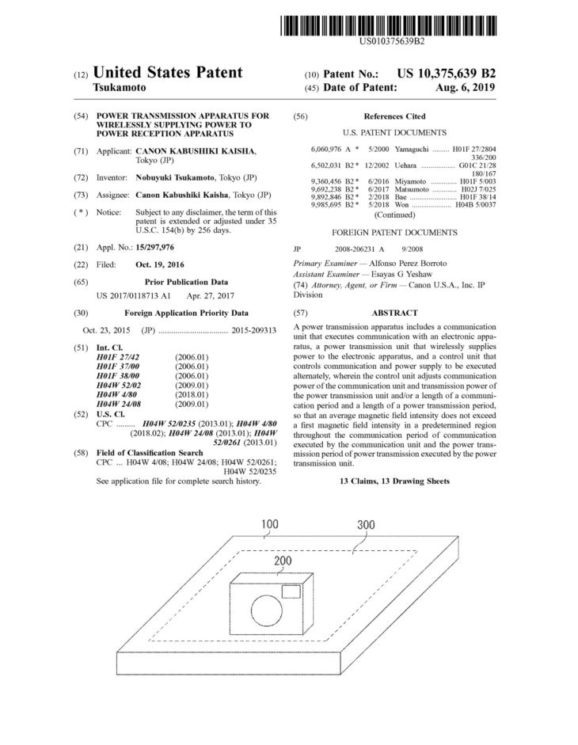 The abstract for the patent says…

In plain English, this means a pair of induction coils (one in the base and another in the camera) and some kind of controller, perhaps an MCU, to regulate the strength of the magnetic field and how much power is transmitted through the air.

I’d be curious to learn exactly where Canon Watch saw this patent, as they don’t cite their source, and it doesn’t appear to be in the US PTO database (at least, not yet).

How soon, or if, this patent will become a reality is anybody’s guess. Wireless charging still isn’t amazing, although it’s become somewhat accepted in smartphones now. There are also many small Bluetooth devices out there that use inductive charging, and you can even get wireless LEDs now.

Personally, I think the smarter move would be for inductive charging to be incorporated into the batteries themselves, rather than within the camera.

It’s not like camera batteries can’t be removed like with a smartphone. And given how many batteries we typically need to carry around these days with mirrorless cameras or DSLRs when shooting video, being able to just throw half a dozen batteries on a pad would be much more useful than slowly charging one battery at a time via the camera.