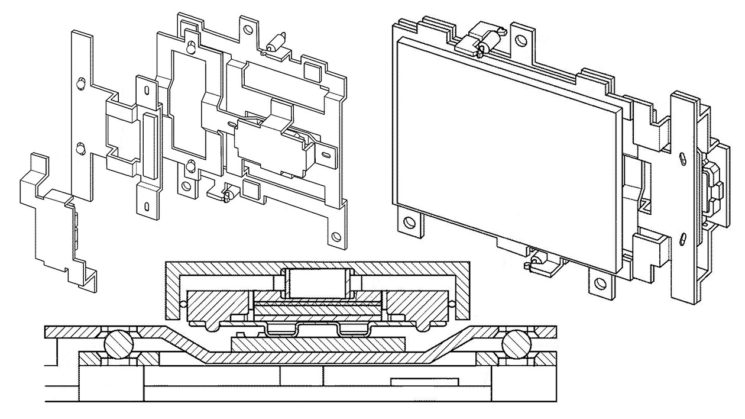 A Canon patent spotted by Canon News at the Japan Patent Office, suggests that Canon is looking to downsize their in-body image stabilisation system to make it smaller. While IBIS has obvious benefits, the drawback is that it takes up a lot more space inside a camera than simply housing a static sensor.

This might be why Canon hadn’t implemented IBIS into any of their mirrorless cameras before the launch of the EOS R5 and EOS R6. It simply made them too big. This patent might be for upcoming EOS M system cameras or simply to make future full-frame EOS R cameras a little smaller and lighter while still retaining the IBIS functionality.

The patent shows a DSLR in the illustrations, but as Canon News points out, this is typically a placeholder image to illustrate “a camera”. It doesn’t necessarily mean that IBIS tech is going to come to Canon’s DSLRs. And at this point, I think it’s highly unlikely that it will as Canon seems to be abandoning all of their DSLRs anyway.

From looking at the patent vs the EOS R6 teardown, it doesn’t look like this is the system found inside Canon’s two recent full-frame launches. It’s possible, though, that this scaling down might be for a future EOS R camera to replace the EOS RP. It’s been out for a couple of years now, and it was a first-generation mirrorless body, so it’s not all that unlikely that Canon might be looking to replace it with a new model already.

Or, it could be that they’re scaling it down for mirrorless cameras. There’s been a lot of talk about an EOS M7 recently, to replace the now-defunct 7D DSLR line. Perhaps this is the IBIS system it will contain.

You can check out the complete patent here.