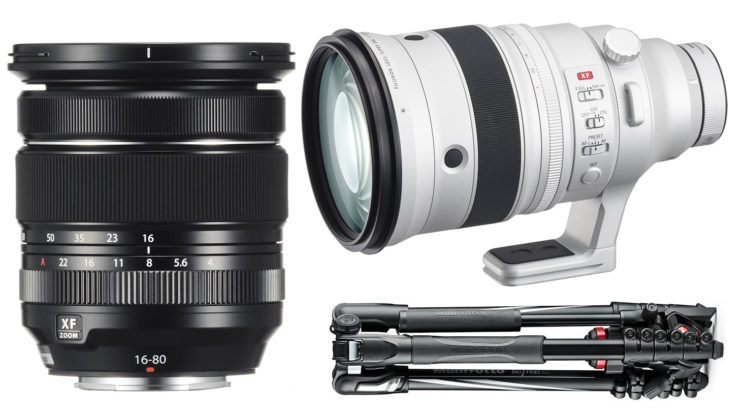 It’s been a pretty common thing since the early days of Nikon’s VR and  Canon’s IS, that you turn stabilisation off in lenses when using a tripod. As technology has progressed, turning off the stabilisation hasn’t been important. Fuji, though, has long said that IBIS should be turned off in cameras when shooting on a tripod, nothing has really been said about their lenses. At least, not until now.

The folks at Fuji Rumors spotted in the manuals for the Fujinon XF 16-80mm f/4 and Fujinon XF 200mm f/2 lenses that users are specifically advised to keep stabilisation turned on all the time, even when using a tripod. 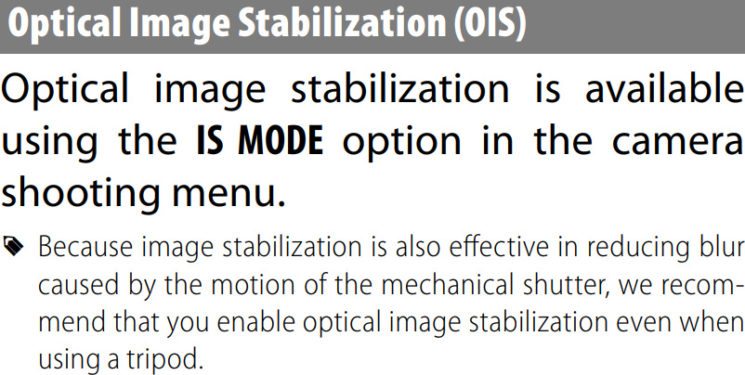 It seems counter-intuitive, especially when lens stabilisation technology from other companies, while often sort-of-mostly-ok on a tripod, is still typically disabled when doing shooting from one for one reason or another. It might seem odd for Fuji to actually make an official recommendation about it in the manual, but it’s probably something to do with this feature…

the lens recognizes shooting conditions, such as panning and shooting on a tripod, and automatically applies the optimum stabilization control

It does make you wonder, though, why the lens has an option to disable OIS at all, then, if it’s ok even when on a tripod, and the official guidance is to not turn it off.

I am curious if it makes any difference to image quality at all whether it’s turned on or not when on a tripod. Quite a few stabilised lenses will still try to compensate for motion that isn’t there and actually cause your shot to get worse when on a tripod.

Even if Fuji has managed to overcome that issue, then I do wonder how consistent it is from shot to shot. If you leave OIS enabled, will you be able to shoot multiple bracketed exposures for compositing, perfectly aligned straight out of the camera? And if you shoot timelapse, will the scene drift slightly around the frame as you play the final sequence back at video frame rates?

If you own either of these lenses and decide to try answering the above questions, let us know.