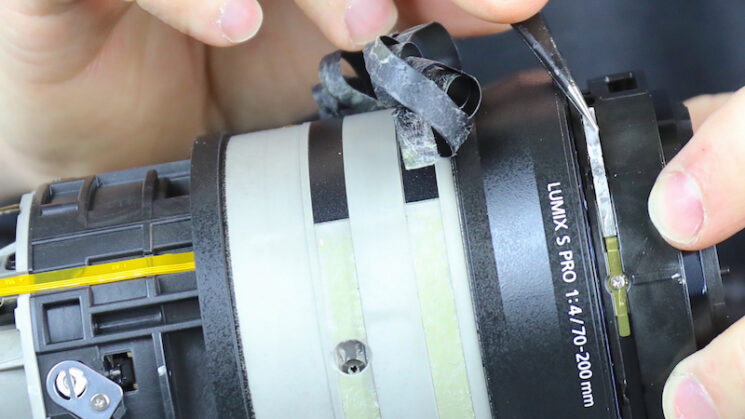 Announced back in February 2019, the full-frame Panasonic Lumix S Pro 70-200mm f/4 OIS for L mount cameras is a popular lens. This isn’t much of a surprise, as it’s significantly less expensive than the company’s f/2.8 version. They’re popular rental lenses, too, and the folks at LensRentals have a few of them. In fact, they have a couple of them that seem to have developed an autofocus issue.

So, LensRentals did what LensRentals does and tore it to pieces in order to figure out what’s wrong, fixed it and put it back together. Panasonic doesn’t really offer a repair service for this lens, just an exchange service, which is fine but they don’t want to have the item out of stock for weeks. There’s only one little snag. They’ve never taken this lens apart before. The team documented the complete process on the LensRentals blog, but here are some of the highlights.

It’s a pretty beefy lens for an f/4, weighing in at 985g. It contains 23 elements in 17 groups and zooms internally, so it doesn’t change physical length as you adjust the focal length. It features a main linear focusing system, which LensRentals notes are “a bit fragile, but also easily repaired”, containing the linear focusing motor itself and a secondary stepper motor and 5-stop optical image stabiliser.

As with all lenses they haven’t opened up before, the first task is figuring out which way to get in. The bayonet mount is the obvious place to start, as it’s often a different piece of metal from the rest of the lens and is just held in place by several screws, so that’s where they began. And once that was off, removing the rest of the rear barrel to access the electronics looks to be a bit of a doddle.

The team notes the weather sealing gasket around the bayonet, and the thorough grounding of the electronics throughout the lens, although they jokingly admit that they “doubt it’s going to influence anyone’s purchasing decisions”. They also spot a number of sensors including the OIS position sensor and a brown flex connector that connects to something they refer to as “Sensor of Unusual Type and Unknown Function” or “SUTUS”. Not sure what it’s “SUTUS” and not “SUTUF” but there we go.

A few more screws remove the PCB nearest the rear mount and things are really starting to uhh… come together? fall apart? Even quite early on in the disassembly process, you can see that there’s a lot to this lens. And if you can’t see that yet, you definitely will by the end of the process. As they move around to the front, they find that some parts aren’t quite so easy to remove, and need to tackle the front element with some heat and a spudger. 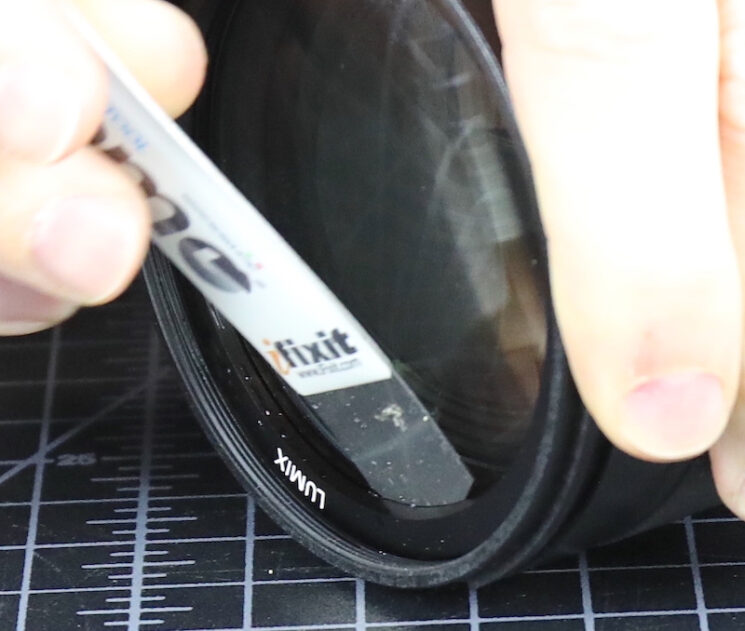 But with the front element removed, getting rid of the rest is simply a matter of unscrewing some screws until you eventually get to… Well, if you ever hear anybody accusing Panasonic of not having any balls, they’re wrong. This lens has a little pair of them that fit into slots and are used as rollers when the clutch is shifted to go between manual and autofocus. 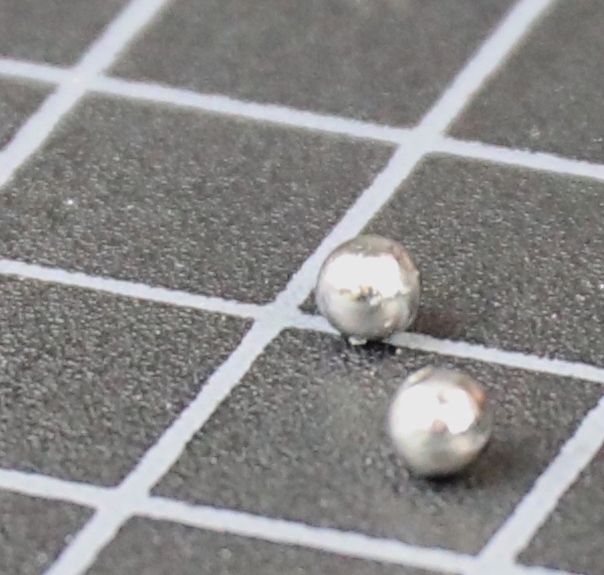 After much more disassembly, including more of the rear section, the optical image stabilisation unit and extracting the SUTUS, they finally make it down to the autofocus system and the linear focusing motor that they need to repair. They note some of the design elements that appear to suggest a level of quality and attention to detail that was paid in the design of this lens that isn’t always there on other lenses.

After getting it all dismantled and finally getting to the motor, the culprit was one they’d seen before. At least as far back as 2015 when they say they first described this issue with the Sony 24-70mm f/4 OSS Vario Tessar and they looked a little deeper into it in 2016 on the LensRentals blog. Essentially, the electromagnetic coil was only glued to the focusing group plastic and the glue has come loose, keeping it attached to only one side.

When this happens, the coil slides up and down as it’s supposed to but doesn’t shift the focusing element along with it. So, the autofocus either doesn’t work as well as it should or it doesn’t work at all. And that’s the problem with this lens. They said in 2016 that glue on the AF motor coils is a fairly common point of failure and even back then they’d “reglued dozens of them”. So, while lens tech definitely evolves and each new lens the team tear open reveals something new, it seems that some things never change. 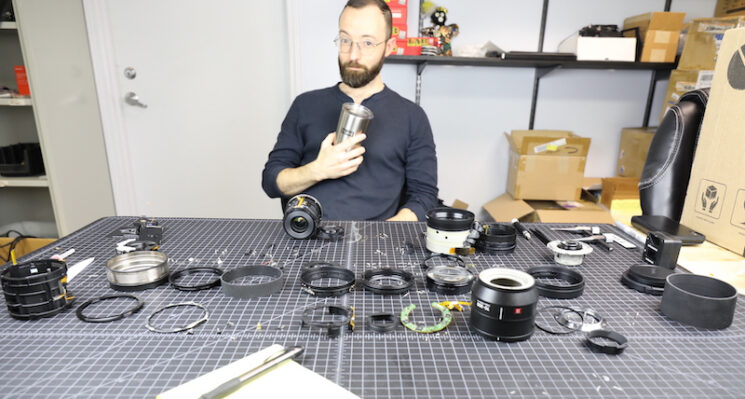 I wouldn’t worry too much about your Panasonic Lumix S Pro 70-200mm f/4 OIS developing this issue, though. Fewer than 10% of LensRental’s inventory of this lens have had this problem and their lenses get very heavily used. They advise against taking it apart and trying to fix it yourself, though. They say that it’s not an easy disassembly and from looking at the photo above, putting it back together again is no picnic, either!

You can check out the complete teardown over on the LensRentals Blog.

« Quick tip: How to record your camera monitor or EVF for $0
Thingyfy’s Pinhole Pro Max is a pinhole lens that offers both 18-36mm zoom and a variable aperture »