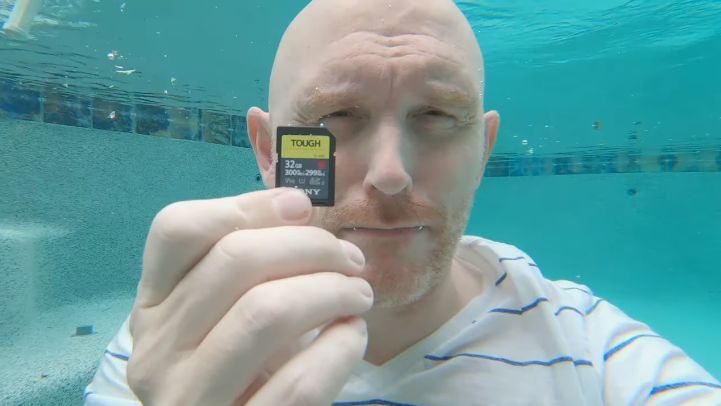 Sony Tough SD cards are basically indestructible. They’re unbendable, waterproof, shock-proof and freeze-proof. According to Sony, even X-ray, magnet or high temperatures won’t kill them. But are they really that tough? Steve Huff put them to an ultimate torture test in a swimming pool, washer, drier, ice and even blender. So, how tough is Sony Tough?

Steve was torturing two SD cards: a 32 GB and a 64GB model and he really put them through a lot. First, he took them for a swim in a swimming pool. And after that, he washed them and dried them in a pair of shorts. Were they still working? Yes! When Steve put them in a computer, the files were still there.

Another test included freezing cards in a glass of water. And yet another extreme after that was to bake them in the direct sun for a while. And again, they were working and able to store photos when Steve put them in a camera.

But will it blend? Steve put them in a blender for the final test. Did they survive? Well, I won’t spoil it for you, watch the video. But I must say that I was suspicious from the very beginning, and I was honestly surprised just how much torture these cards were able to withstand.