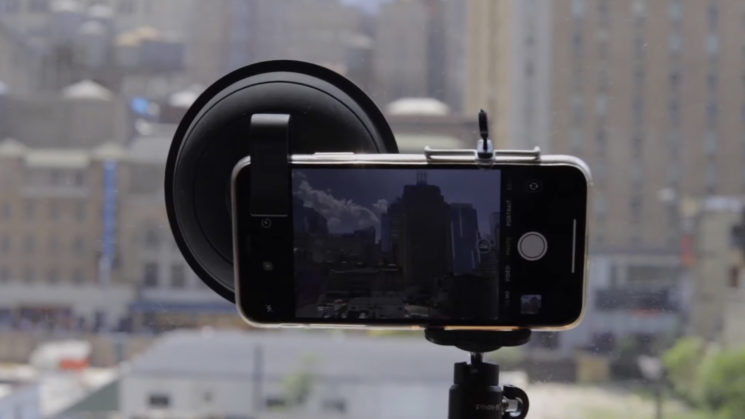 When the Ultimate Lens Hood was first announced a couple of years ago, it came via Kickstarter and saw pretty massive success, overachieving its funding goal by more than 2,000%. If you haven’t seen it before, it’s basically a big rubber lens hood that allows you to shoot through glass while eliminating reflections bouncing off your side.

Now, after the success of the original, they’re launching the Ultimate Lens Hood 2.0, with two new products, the ULHmobile for smartphones and the ULHgo for DSLR and mirrorless cameras. With as well as the original crowdfunding route went, they’ve once again taken to Kickstarter and it’s already over 600% funded.

Both of the new hoods have been designed in response to customer feedback. The new ULHgo is a “travel friendly” version of the Ultimate Lens Hood for DSLR and mirrorless shooters features an anti-static coating to help keep it dirt and fluff free, and it has a smaller opening of 50mm to help it fit around smaller lenses.

The typical use case for something like this would be shooting against glass when the location on your side of the glass is brighter than the scene on the other side of it. Often these types of photos are later in the day, shooting photos or timelapse from a brightly lit room in the evening or at night. But there are other practical applications where such a hood can prove useful. Like, filming a sequence of the interior of a car through the window. 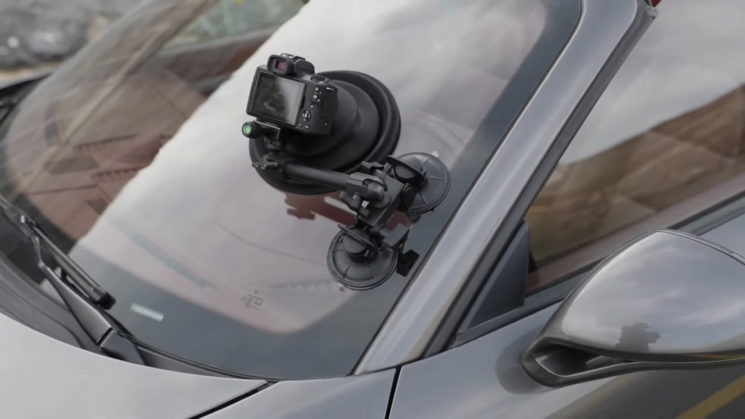 Even in the daytime, pointing the camera to the brightly lit exterior, lights themselves, which you may be unable to turn off, can also cause reflections in glass. If you’re a regular smartphone shooter, you’ll probably have experienced such reflections often. And in response to this problem, they’ve also announced the ULHmobile, which is a smaller version that clips onto your smartphone. 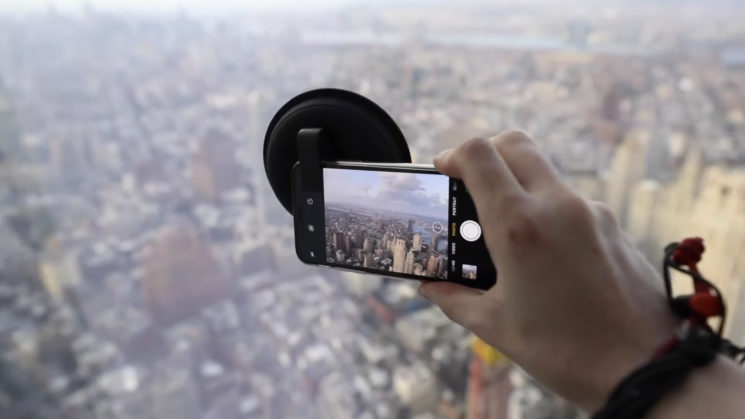 As it’s silicone, it can mould to the shape of curved glass, such as the shot from inside a helicopter above. But that also means that it squishes and packs up really small, too, taking up virtually no space in your bag.

I’m glad they’re finally releasing a version of this for phones as, like most people, I always have my phone with me and I shoot a ton of photos with it, often looking out through a window. I travel a lot, too, and something like this would go with me everywhere I went. I’ve been lucky enough to get some pretty amazing views from hotel windows over the last couple of years.

If you want to back the campaign, the ULHmobile starts at £12 for early birds with the ULHgo starting at £17. Or you can get the two together starting at £27. The campaign has already smashed its £10K goal and currently sits at £62.2K, with 23 days still to go.