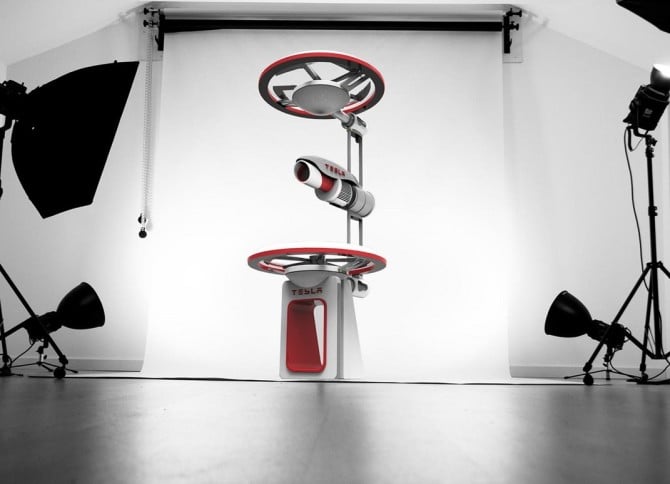 A U.K. based designer, Fraser Leid, has just released some details on his latest concept, the Tesla Drone. Reid made a special effort througout the design process to avoid conventions when it comes to modern UAV/drone design, as you’ll see in the photos. One of the most notable differences is Leid’s approach to the propeller design. Rather than sticking with the typical quadcopter propeller system, Leid thought outside of the box by designing a drone which uses only two propellers.

The two Carbon GlideLite propellers can fly the drone while they are in a vertical or horizontal configuration and, the propellers smartly work together to keep the Tesla drone steady mid-flight, which eliminates the need for a gimbal. 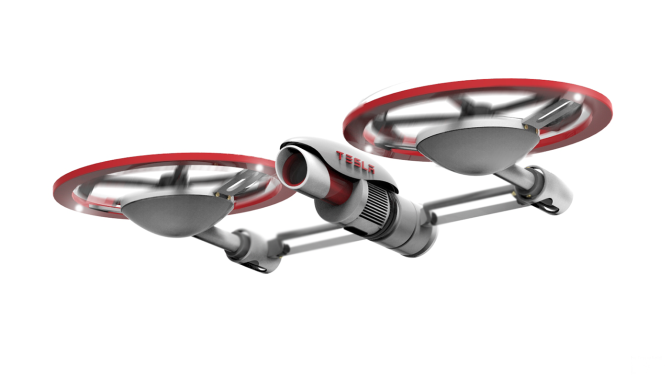 The Tesla drone was designed with video capture in mind and is capable of shooting 4k video using an onboard 30MP camera with a wide angle lens. Leid designed his concept drone to outfit a 10,000 mAh Li-ion Powecell battery that would provide the drone with enough juice for 60 minutes of flight time. He says the battery can be charged to 100% capacity in about 20 minutes using the MagDock–a display stand that doubles as a wireless charging stand.

Keep in mind, this is still just a concept, though Leid is taking the project seriously and hopes he can take it to the next level as he works out the engineering and discovers viable ways to bring his concept to the public. You can read more about the Tesla Drone on his Behance page, so be sure to head there next! 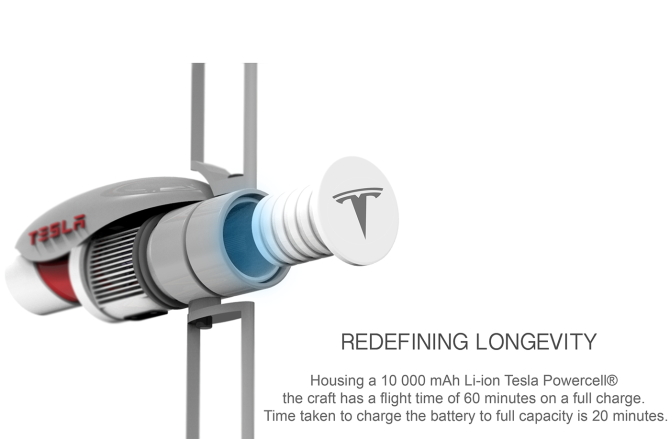 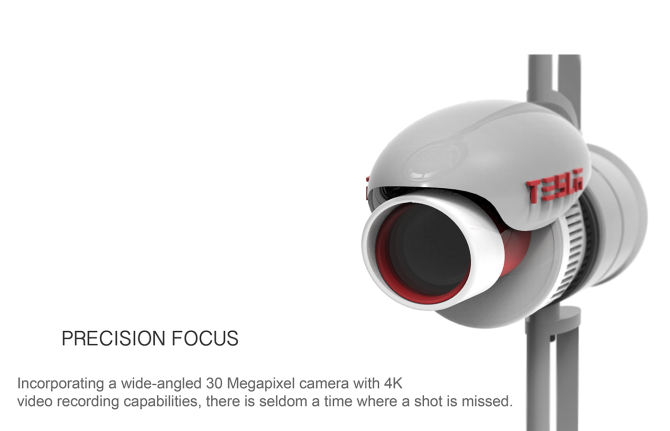 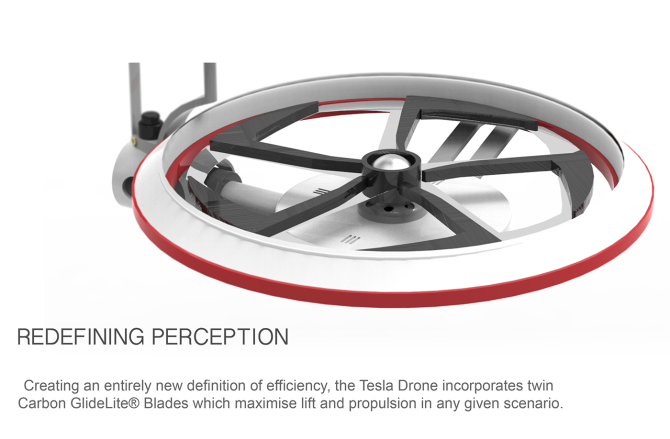 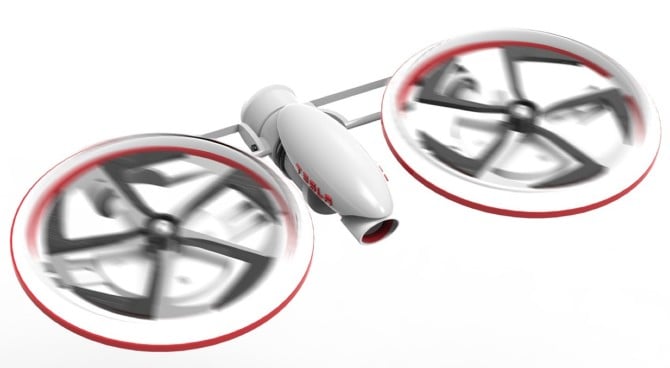 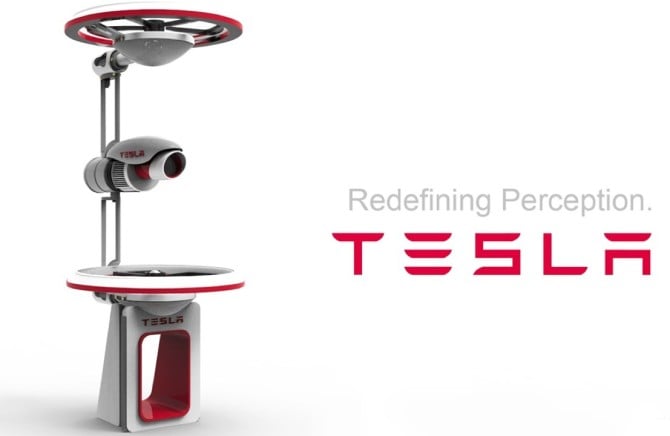 Canon 5D Mark IV to come with a 30MP sensor?

The DigitalFoto Ares eliminates Z bounce in your gimbal footage