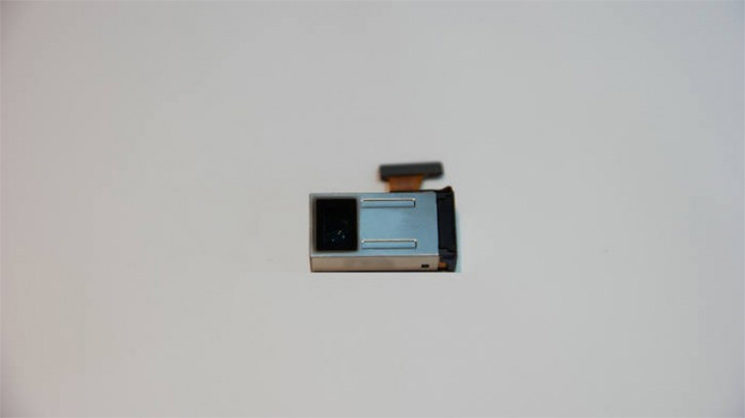 Although Samsung isn’t the first to embed their own 108-megapixel sensor inside one of their phones, they may prove to produce the best implementation. That implementation is said to be coming in the Samsung Galaxy S11 flagship phone to be announced next year. And not only that, but it will also see a second camera with a 5x optical periscope-style telephoto lens.

The new phone is expected to include Samsung’s ISOCELL 108-megapixel sensor, and they have also released a video showing the new 5x periscope telephoto lens and sensor in action and how it differs from a more traditional telephoto lens.

Instead of projecting in a straight line through the front lens element, the rest of the elements and onto the sensor, this camera uses a prism to redirect the image sideways, offering them a little more room to provide better optics.

The video also shows how the camera is stabilised by shifting the prism rather than the lens and sensor. And with these kinds of focal length equivalents, optical image stabilisation is something you’ll almost certainly need.

As for their 108-megapixel sensor, it’s a quad Bayer arrangement, which uses four pixels to create a single pixel, resulting in 27-megapixel images with reduced noise levels and improved low light performance. At least, that’s the theory. It should, however, be possible to use the entire 108-megapixels, though, particularly if shooting DNG raw, if you so wish.

While GSM Arena says that the inclusion of the 108-megapixel camera and the 5x zoom camera in an upcoming Samsung Galaxy S11 is just speculation, Korean website The Elec, is reporting it as a sure thing. With Samsung’s acquisition of Israeli startup Corephotonics, it makes sense that Samsung would look to incorporate the technology into their devices at some point.

Why not start with the Galaxy S11?

Although it’ll be a while before we hear any official announcements from Samsung about their next generation of devices – after all, the Samsung Galaxy S10 5G was only launched in May – we’ll keep you posted as we hear more.

[The Elec via GSM Arena]

« Yuneec teamed up with Leica to create Typhoon H3, the company’s latest drone
Rugby star publicly apologizes to photographer after sharing his photo without permission »