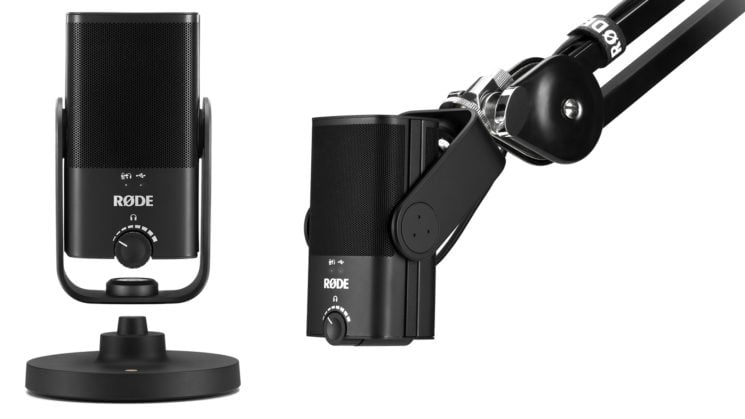 Rode’s NT-USB microphone has become one of the most popular microphones out there over the last few years (although, personally, I’m a big fan of the Podcaster). Now, though Rode has shrunk it down into the new Rode NT-USB Mini, a $99 microphone that plugs straight into your computer.

Aimed at YouTubers, podcasters and streamers, the new microphone plugs straight into your computer via the USB port. Rode says it’s been designed to provide “warmth and presence” in your audio for the most pleasing sound straight out of the microphone without any processing.

Despite being aimed towards vocal recordings, Rode says it’s also ideal for recording acoustic instruments such as guitar and piano – great for all those YouTubers making covers or posting their own original tunes. It features 24-bit 48Khz analogue to digital conversion to offer a good dynamic range with the least amount of distortion.

It has a built-in pop filter (the regular NT-USB doesn’t), which is very handy for voiceover work and means you don’t have to go through the hassle of setting up a separate one. They also say that it’s “highly immune” to interference, reducing or completely eliminating any influence from other electronic devices nearby. 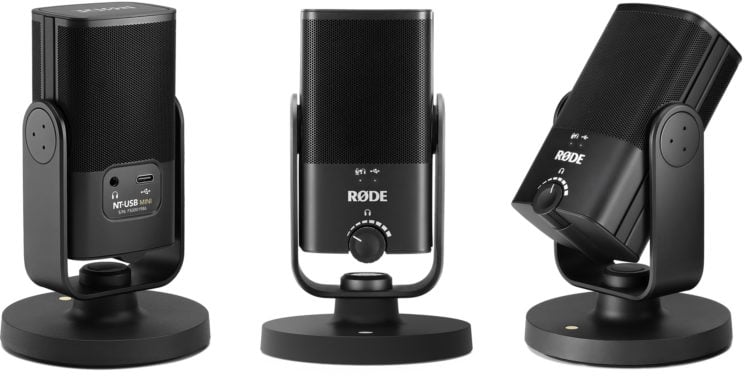 All that’s needed to use the microphone is a USB cable, which comes supplied with the microphone. There’s no need to mess around with mixers or phantom power that you’d need with something like the NT-1a. The microphone also sports a 3.5mm headphone output so that you can monitor your sound at the source easily while you’re recording. This goes both ways, too, turning your microphone into an audio device for your computer.

One interesting design feature of the Rode NT-USB Mini is that the microphone is attached to the supplied base magnetically. This means that you can easily just whip it off and screw the microphone onto an arm to get it off your desktop or to a light stand for voiceover work or singing. Full 360 rotation of the microphone in its holder also allows for a lot of positioning options to get it exactly where you need it. 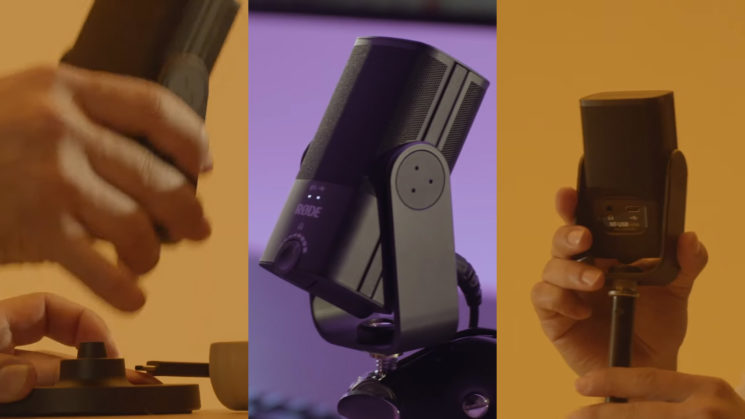 It looks like a very decent option if you’re looking for an entry-level desktop microphone. And at $99, the price will be difficult to beat for this sort of quality and versatility.

One comparison I would be curious to see, although very different types of microphones at very different price points, is how the sound compares to that from the Rode VideoMic NTG as a desktop USB microphone for voiceovers. While I don’t expect many people will go out and buy a VideoMic NTG to only use it with their computer, it does offer that option. Will YouTube vloggers, for example, be better off getting a VideoMic NTG for both on-camera and computer use? Or would they be better served getting the NT-USB for recording straight to the computer and save the VideoMic NTG for on-camera use?

The Rode NT-USB Mini is available to pre-order now for $99 and should start shipping any day. Check out the Rode website for more info.