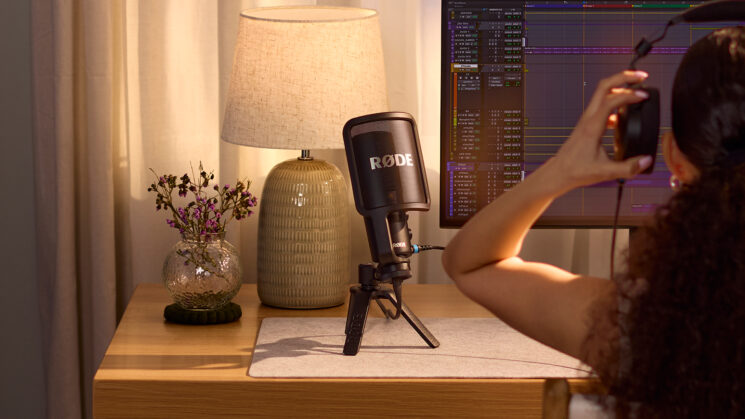 Rode has announced the new Rode NT-USB+, an update of the company’s popular Rode NT-USB desktop USB microphone, released in 2014. It’s designed for voiceovers, podcasting, streaming and even singers who want to capture studio-quality sound into their computer without a bunch of expensive equipment and interfaces. And it satisfies that need easily, requiring only a single USB cable directly from the microphone to your computer.

It brings “next-generation” features over the original NT-USB, with a studio-grade condenser capsule with a tight cardioid polar pattern to minimise unwanted environmental sounds. It has an ultra-low-noise, high-gain Revolution Preamp with a 24-bit 48kHz analogue-to-digital converter and internal DSP for advanced audio processing directly within the microphone itself.

The Rode NT-USB+ sports two dials on the side. The bottom dial is the volume level control for the 3.5mm headphone socket directly beneath them. Rode says that the built-in headphone socket offers zero latency and can even act as a permanent USB audio interface for your computer, letting all of your computer’s sound play through the microphone’s headphone socket. The top dial is a monitor/mix control, allowing you to adjust the balance between the sound the microphone picks up and the audio your computer’s putting out – handy for podcasts and live streams when you want to hear yourself and perhaps another person on a remote call. 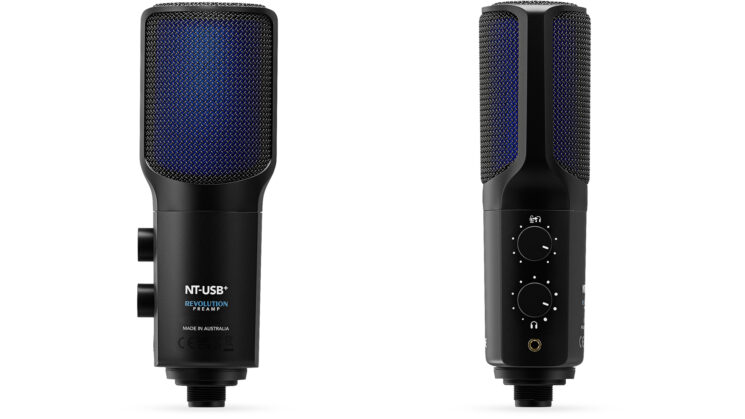 For connectivity to your computer, it features a single Type-C USB output. So, there’s no XLR socket or phantom power required. Firmware updates and device configuration is performed via the Rode Central app. Here, you’re able to activate the built-in advanced audio processing, including noise gate, compressor, high-pass filter (75Hz or 150Hz), as well as the APHEX Aural Exciter and Big Bottom processors. These settings are persistent in the microphone, so you don’t need to reconfigure it each time you plug it into your computer. You can also close the app and record directly into your DAW with those effects enabled.

It’s also compatible with Rode Connect, which is essentially a software version of the Rode Rodecaster Pro. It provides you with mixing capabilities between microphones on your system and allows you to mix multiple Rode USB-powered microphones on a single system. So, if you’ve got a VideoMic NTG, VideoMic GO II or Wireless GO II, you can use them all at once for multi-person activities. It also lets you configure the processing settings on the NT-USB+, too. 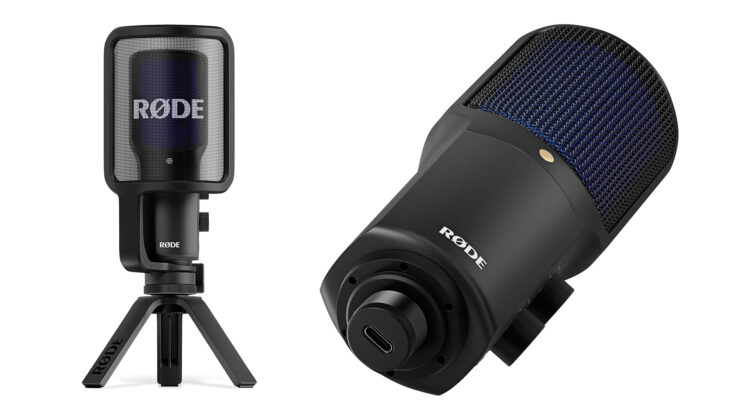 As it’s a USB microphone, it’s also compatible with smartphones and tablets that sport USB-C sockets. That means pretty much every current Android device and some Apple devices, like the iPad Pro with the provided cable. You can also plug it into iPhones and iPads that sport a lightning cable using the Rode SC19 Lightning Accessory Cable, too. It will also act as an audio-out device with iOS/iPadOS devices, giving you your headphone jack back for monitoring!

The Rode NT-USB+ looks like a worthy successor to the original NT-USB released in 2014. It’s available to buy now for $169 and appears to be shipping right away. It comes supplied with a desktop stand, a ring mount for regular microphone stands, a pop filter and a Rode SC29 USB-C to USB-C cable. You can find out more information about the Rode NT-USB+ on the Rode website.