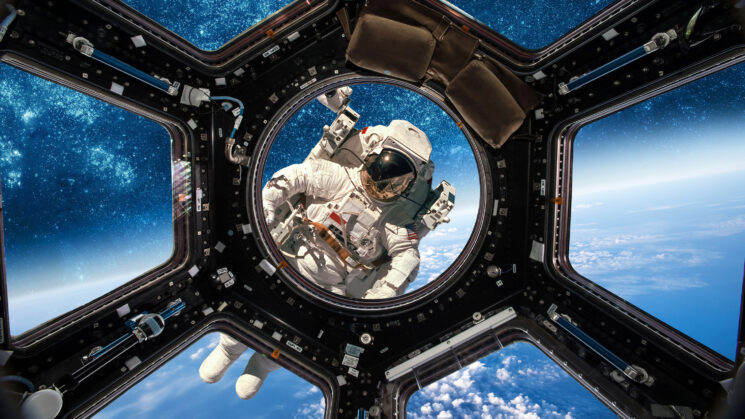 American astronauts Frank Rubio and Josh Cassada successfully completed NASA’s first spacewalk since March. The spacewalk lasted a whopping 7 hours and 11 minutes and served to complete several objectives on the outside of the International Space Station.

NASA live streamed the entire space walk. It’s not just an incredible thing to watch, but the astronaut’s helmet cams managed to shoot some amazing footage of our own planet Earth in the process.

NASA had preiously stopped all spacewalks due to a moisture issue inside the space suits. That prblem had obviously been fixed prior to yesterday’s space walk.

We love an office with a view!@NASA_Astronauts Josh Cassada’s helmet cam captures a pristine view of Earth as he works in tandem with astronaut Frank Rubio to install an IROSA (ISS Rollout Solar Array) modification kit on the @Space_Station. pic.twitter.com/DTeJINPKsy

The pair completed the majority of the main objectives, including the installation of a mounting bracket on the starboard side of the station’s truss assembly in preparation of the installation of a pair of ISS Rollout Solar Arrays as part of ongoing work to upgrade the facility’s power supply.

“We love an office with a view”, quipped NASA on Twitter. And it really is a spectacular view, a little like something created in a Hollywood studio from a sci-fi movie starring George Clooney. But ths is of course, entirely real.

Considering how long the renovation of my apartment is taking on firm ground on Earth, in oxygen, it’s pretty awe-inspiring watching these two guys fixing parts of the ISS in bulky space suits, in zero gravity in the middle of space. Maybe I should give them a call when they get back to Earth…

Do NASA astronauts shoot raw? The challenges of photography in space