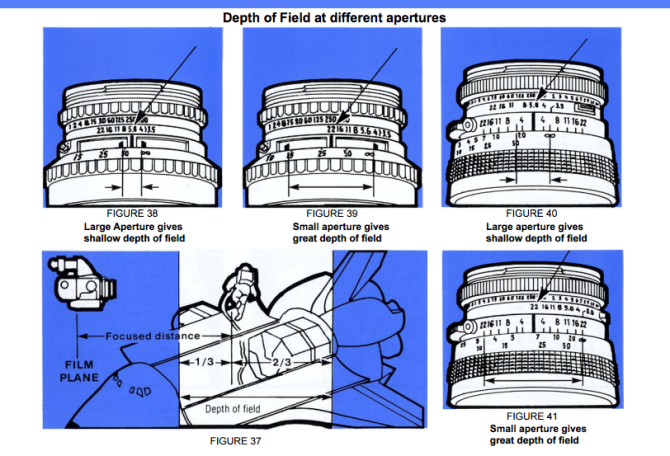 We’ve seen a lot from NASA over the years, from original space exploration photos to intriguing experiments to some of the most incredible time-lapse footage you will ever watch.  Heck, we’ve even witnessed a moon landing Hasselblad go for three quarters of a million dollars!  But, we’re talking mere rocket scientists here, not esteemed photographers with an art school education.  So how does one go about training an under-qualified PhD to snap photos while on a road trip around the globe at 17,500 miles an hour?

Intent on proving that anyone can learn to take a picture, Hasselblad, presumably at the behest of the United States government, developed a comprehensive training manual for astronauts.  From specific instructions on operating the Hasselblad cameras to basic photography principles, astronauts were put through a crash course before going into space.  Here’s a look at the manual… 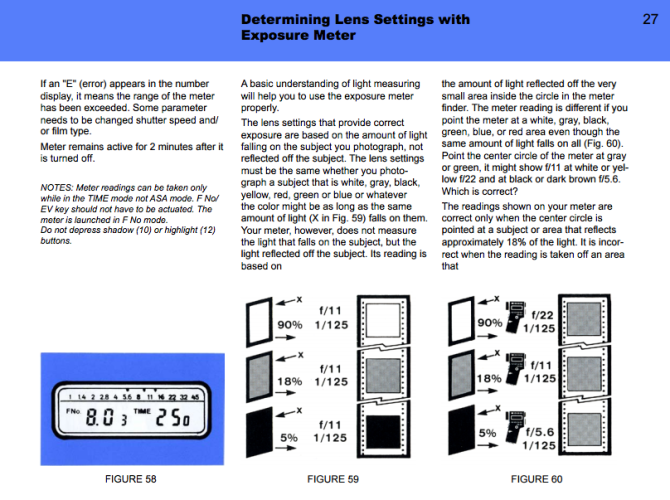 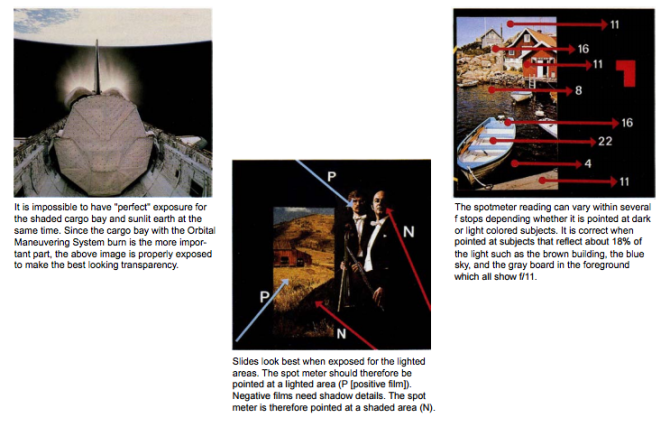 Published in 1984, the technology illustrated throughout manual may be a bit dated for today’s digital world, but the photographic principles are as valid today as they have ever been.  Gems like, “Do not try to focus visually for earth shots, simply set lens at infinity,” and, “Framing the outline of the . . . space shuttle as diagonals makes a more striking image,” are some of the techniques I regularly apply in my own work. 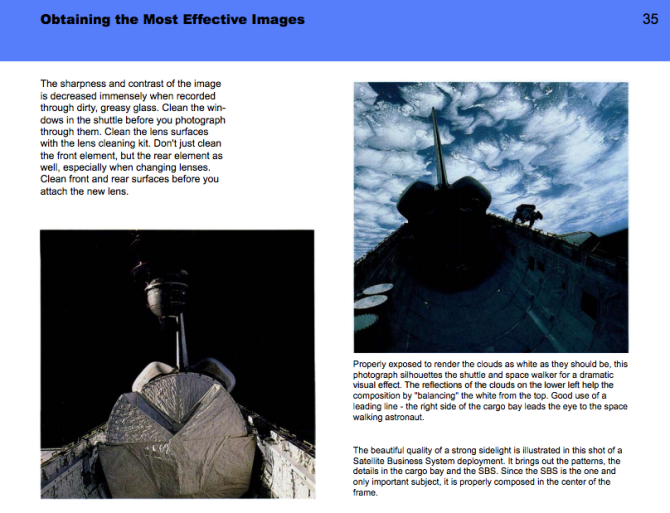 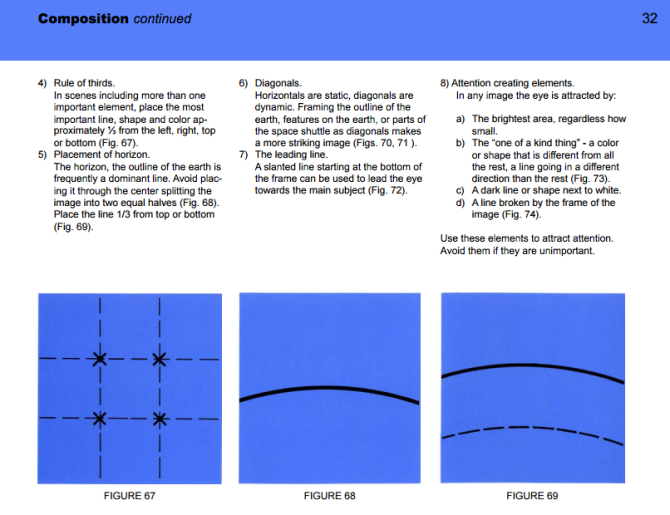 I believe we can say a collective thank you to Hasselblad for playing a role in the images we have admired so greatly.  Many believe that natural-born talent is a myth and that, with technical knowledge and persistence, anyone can be a photographer.  I guess this just goes to show that if Don Petit can do it, anyone can do it.

Check out the entire manual for yourself in the U.S. National archives.

Do NASA astronauts shoot raw? The challenges of photography in space