If you ever wondered how much some of your used gear can be sold for, looking at this auction may be a good buzz (though totally relevant). The Hasselblad 500 that was used to shoot the landing on the moon was recently auctioned for about 3/4 of million dollars. $758,489 to be exact. 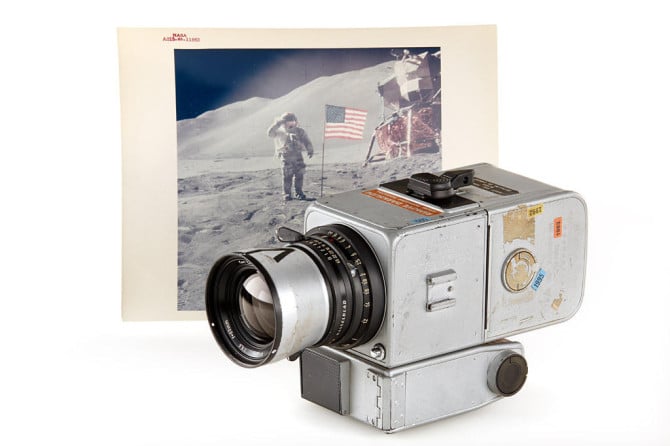 Galerie Westlicht which held the auction, described the gear as “part of the equipment carried by the 1971 Apollo 15 mission, the fourth manned mission to land on the moon”.

Bidding started at about $100,000 and the lucky new owner of the camera is now Japanese businessman Terukazu Fujisawa, founder of Japanese retail chain Yodobashi Camera.

The camera however comes used and in “B” rated condition after it was “used on the moon surface AND also came back. Jim Irwin took exactly 299 pictures with this Hasselblad 500 ‘EL DATA CAMERA HEDC’ during his 3 days stay on the lunar surface and 96 more on the way to the moon and back again“. # on the other hand the camera was sold with some spare gear – a 200-exposure silver film magazine and a special NASA Biogon 3.5/60mm lens.