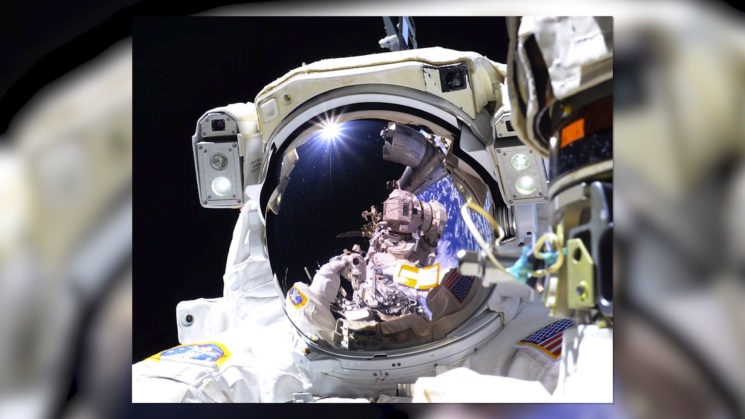 There’s not much doubt that NASA produces some of the most amazing and unique photography the world gets to see. We often see behind the scenes talk about the gear they use and what they produce, but we don’t often get to hear about the photographic challenges they face. In this 21 minute interview, Jared Polin talks to astronaut Randy Bresnik to find out what it’s really like to shoot in the ISS and, of course, if they shoot raw.

Bresnik says that the biggest challenge of shooting in space is trying to get the photos to appear the way the scene did to the naked eye. This is often a challenge for many of us on the ground, too, but from the ISS there’s a whole new set of technical issues. The earth’s atmosphere makes things very touch, especially photographing sunrise and sunset.

One of the things mentioned early on in the interview I found particularly interesting. That is how Bresnik would shoot a location at various focal lengths to help add context and tell the story. Even mixing it in with more terrestrial-based photography to show how different things can look from other angles. 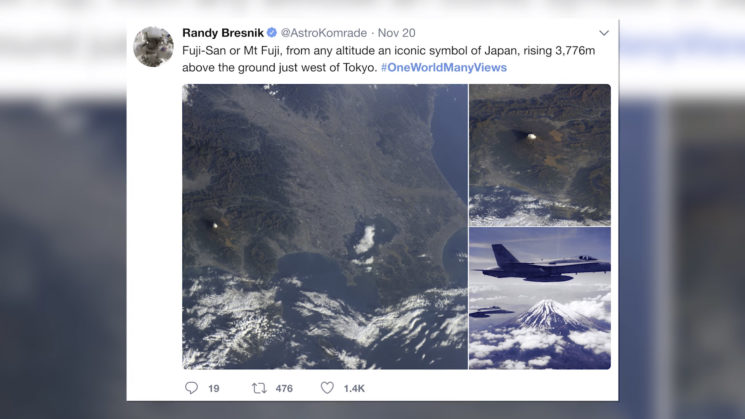 It’s not really a secret that NASA chooses Nikon cameras for use on the ISS. Bresnik talks about when the shipment of shiny new Nikon D5 cameras came aboard to replace their D4 bodies. This opened up a whole new world to them, so to speak, as it allowed the astronauts to finally get the night shots they wanted. And they were able to shoot them handheld, thanks to the D5’s high ISO capability. 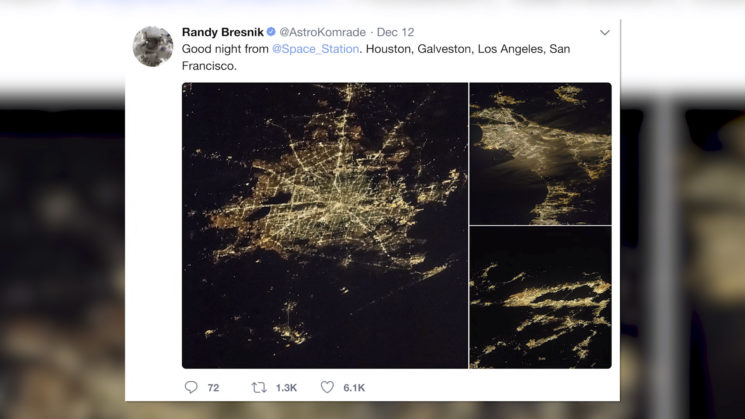 Also interesting is that while they are in zero gravity, the astronauts still needed to use the VR capabilities of the lenses while shooting. As for settings for their shots, Bresnik says that it was typically shutter priority mode, with the shutter speed set to 1/focal length, with lenses ranging all the way up to 800mm. 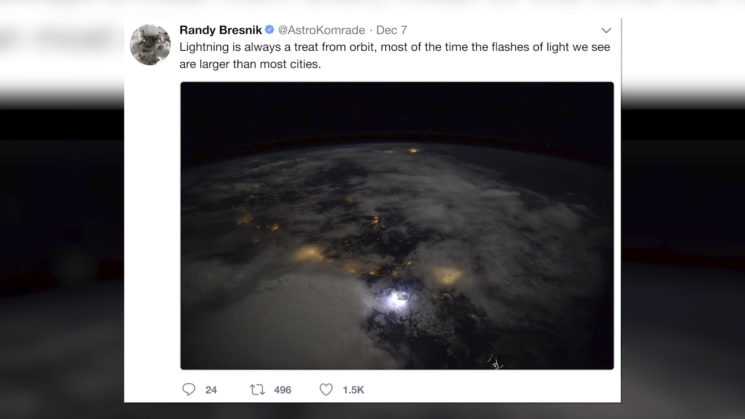 But it’s not all about beauty. Some of it’s scientific, too. Bresnik recounts sessions photographing extreme weather, such as hurricanes. Because they’re moving so rapidly across the planet’s surface, they’re able to get multiple vantage points of a hurricane in a short space of time. Something that satellite imagery is unable to offer. Images such as those are sent to universities and research centres to help better understand what’s happening during such events.

The whole interview is pretty fascinating and filled with some very cool stories and anecdotes. Not to mention how they overcome some of the photographic challenges they face that many of us wouldn’t even consider. Well worth a watch.

And, yes, it turns out that they do shoot raw.

Sigma sent the fp up into space to shoot 4K RAW video of the earth from 100,000ft

« How to record slow-motion sound for a tomato exploding at 60,000fps
KUVRD is a universal, waterproof lens cap to protect all your lenses »