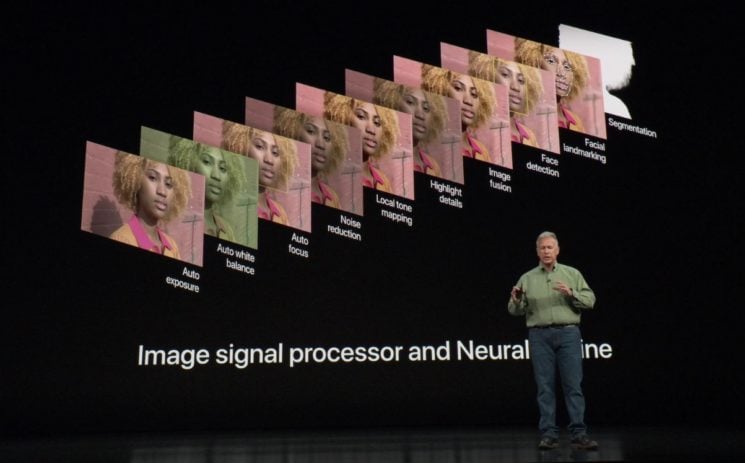 So, it turns out the camera in the iPhone XS and XS Max doesn’t suck. Nor is the software “Beautifying” you. It’s just overly aggressive noise reduction. At least, that’s according to the man behind the Halide camera app and former Apple designer, Sebastiaan de With.

He’s taken a closer look at the new iPhone XS camera and argues that the camera itself is actually better than the old one. But the way it processes images, the computational photography side of things, reduces detail by its very nature. And it doesn’t just do this to faces, either, but everything that you photograph with it.

According to a blog post written by de Whit, it’s essentially an artifact of the way the new iPhone XS camera shoots photos and then processes them. In order to reduce overall noise in the image, especially in lower light levels, he says that the iPhone XS prefers to shoot at a faster shutter speed and higher ISO. To use his words “it takes a lot of photos faster, but comes at the cost of noise”.

That shorter shutter speed and ramped up ISO comes at the cost of noise. They noise is eliminated by merging multiple images together. Essentially, it’s a bit like running a bunch of virtually identical shots through the Median feature in Photoshop to average out the noise, only “smarter”. It’s also taking images at different exposures (yes, like an HDR) to try and offer an increased dynamic range and more even levels of noise reduction throughout both brights and darks.

The effect is there regardless of whether you’re shooting portraits or landscapes, but it’s a bit more noticeable in faces because we see them every day. And the front camera presents the effect more than the rear camera as it’s a smaller sensor, and more prone to noise, so the reduction needs to be a bit more aggressive.

Some might say that “BeautyGate” is a myth and doesn’t really exist. And while, technically, they may be right, it doesn’t really solve the issue. It doesn’t matter whether it’s “beautification” or a side effect of another process. The cause isn’t really relevant to the final result for end users. The problem still exists.

But, as it seems to be down to software, it does give owners of the newest generation of iPhones some hope that Apple might eventually offer a way to fix it. Until then, the Halide app should soon see a new “Smart RAW” feature which disables Apple’s algorithm to bring back the detail.

If you want to find out more, read Sebastiaan’s complete article over on his blog.

[Sebastiaan de With via DPReview]