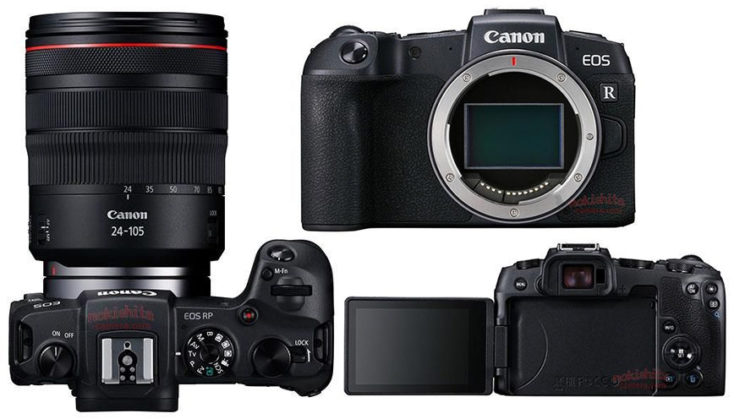 Published by Nokishita, the images show a body that seems significantly smaller than the existing Canon EOS R, suggesting that it won’t be the super high-resolution pro body that many have been expecting. The specs, too, also seems to suggest that this is the lower end model that was rumoured back in November.

It does like quite a neat compact little camera, although users with larger hands might struggle to use it comfortably, looking at the size of the grip compared to the EOS R. The overhead view shows two very different cameras as far as button layout. Gone is the LCD, replaced by the familiar mode dial found on many of Canon’s DSLRs. 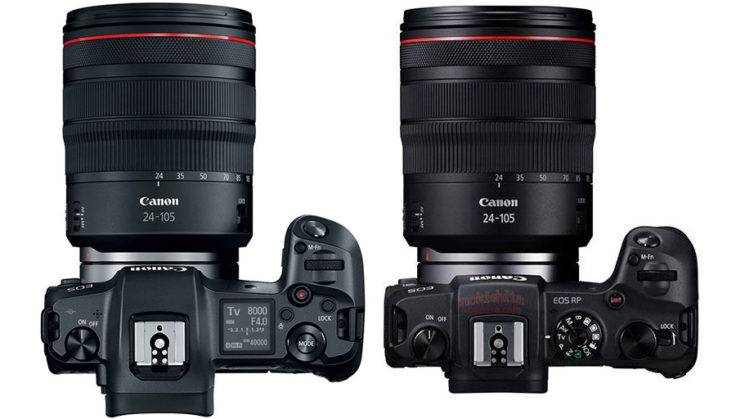 When it comes to the specs, it essentially seems to be the mirrorless version of the 6D Mark II. Compared to the EOS R, it has a lower resolution 26.2MP sensor, and is significantly lighter, weighing in at 485g (presumably with batteries and memory card) vs 660g for the EOS R.

Naturally, it has a flippy out LCD. There’s no mention of a microphone input, or how it’ll crop in 4K. Or, if it’ll even shoot 4K. If it is the same sensor as the 6D Mark II, then 4K would be a neat trick. But, if it doesn’t have some ridiculous 4K crop and it actually shoots 4K, it could become a hit with vloggers.

Canon is expected to announce some new lenses next week, so we may hear official word on the Canon EOS RP at the same time. Obviously, there’s no news on price. We’ll keep you posted as we find out more.

Would an entry level full frame Canon mirrorless convince you to make the switch?

« $10 vs. $30 seamless backdrop for portraits: should you save money on backdrops?
If you use Premiere Pro on a MacBook Pro, stop now – It could blow your speakers »