I’ve posted about Cameradactyl before, last year when their 4×5 camera was posted up to Kickstarter. At the time I had one or two issues with that project, which you can read about on that post, but now Cameradactyl is back with a new camera. This time it’s the Brancopan, a 35mm panoramic camera, and their plan is a little different this time.

Instead of selling the actual camera, this time they’re selling the STL files; the “blueprints” to let people print and make their own. And what’s more, if the campaign meets its somewhat modest $12,000 goal, they will produce a number of instructional videos demonstrating exactly how to print, assemble and use the camera.

The Cameradactyl Brancopan is a 35mm film camera, which uses Mamiya Press lenses. It only takes about $40 worth of materials to print, and they say you can manage it just fine on a sub-$200 3D printer. Looking at the videos on the original Cameradactyl 4×5 page, they appear to be using either CTC or Geeetech i3 clones for much of the work, which can be picked up for $150 or less these days 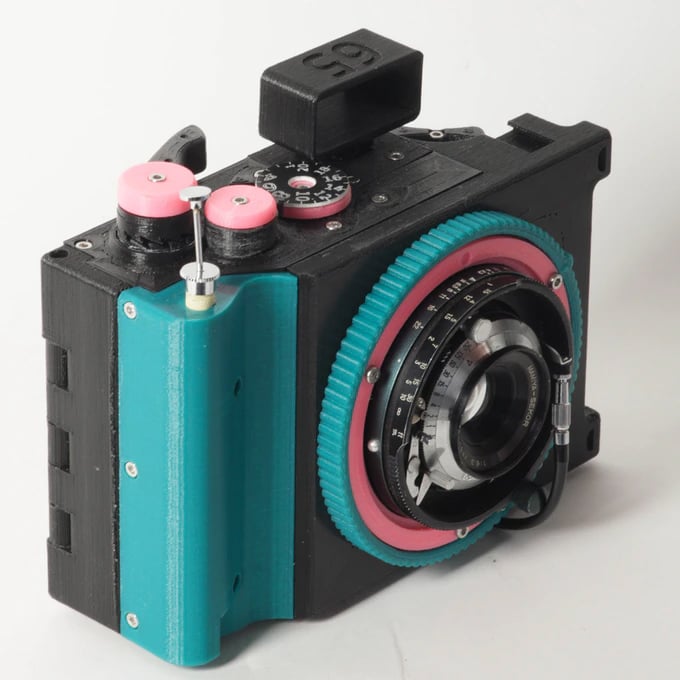 Although, a printer like that might make you spend another $100 in replacement parts and upgrades to get it printing perfectly. I have two of them, the quality control on those things isn’t great. But if you’re a tinkerer (and if you’re printing your own camera, you probably are), it’s well worth doing and will be a wonderful learning experience. Plus, once you’ve got them dialled in perfectly, if anything ever goes wrong with them, you’ll know exactly how to fix them.

Anyway, back to the camera. Mamiya Press lenses are available in focal lengths from 50-250mm, offering a wide range of options for a panoramic camera. It features two cold shoes for mounting finders or other accessories, and it has a ratchet film advance with a frame counter that locks the film when you wind it on for even frame spacing. 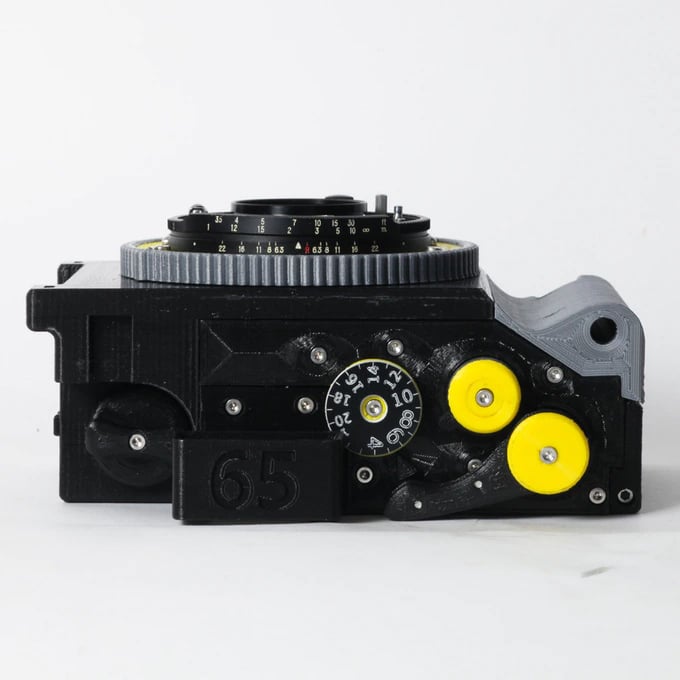 It’s an interesting approach to funding a 3D printing project, and it’s not one I’ve seen done quite like this before. I have seen similar, though. Standard Camera, for example, released the files for their 4×5 large format 3D printed camera and they made them open-source, too, but their plan was to sell the printers through the campaign and then release the files once backers had received their fully finished cameras. Here, Cameradactyl isn’t selling the camera. Just the files.

As a way to help fund the R&D for such a project, it’s a great idea. Something as complex as a camera with these sorts of inner workings isn’t a quick or easy thing to design. One not only sinks a lot of time into something like this, but there is also a real financial cost, too. 3D printer filament costs money, and if you have to print a lot of test components while you’re tweaking, making design iterations and getting things just right, that can add up very quickly. Then there’s the cost of the power to run the printers, which also adds up over several hundred hours of use. 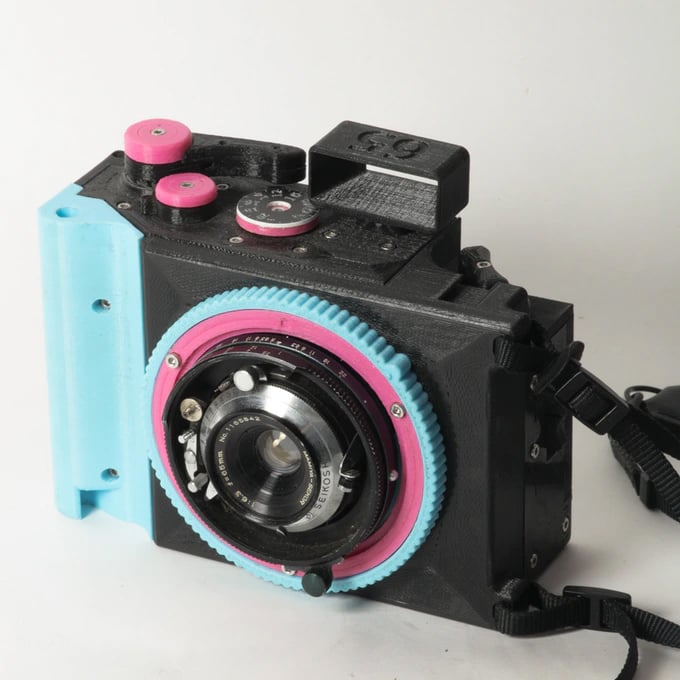 The Kickstarter campaign goal is set to $12,000, of which it’s already raised around $2,400 and there are 24 days left to go. You can get the STL files for yourself, along with a single laser-cut frame counter dial for as low as $50. For $100, you get three dials, so you can build multiple cameras.

And if it reaches $100,000 then the files and videos for both of the above cameras will be released, along with a monthly vlog about the projects happening in the Cameradactyl workshop, and every design made in 2020 will also be freely available to the public.

Unlike Standard Camera, though, these files will not be open-source. It will be a personal use license. So, you can only modify or print them for yourself or make one from a friend, but you cannot otherwise distribute or sell either the designs or printed cameras. Still, even on a personal license, for most of us, that wouldn’t be a problem.

An interesting approach and one that I hope succeeds.