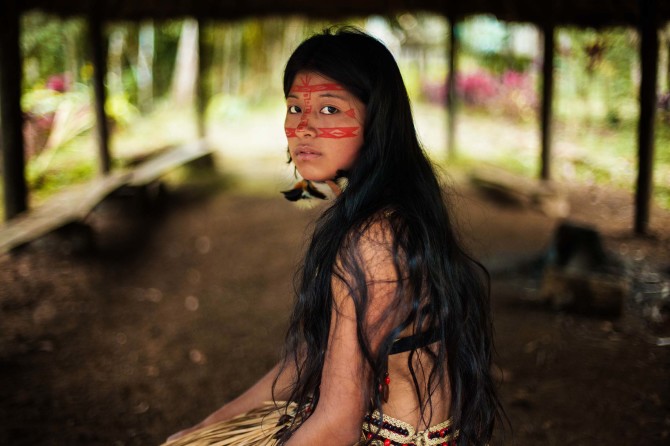 Mihaela Noroc is a 29 year old photographer from Romania who decided to quit her boring job and spend her life savings on a worldwide photographic trip.

“The Atlas of Beauty is about our planet’s diversity shown through portraits of women”, she says in an interview with DIYPhotography.

Since she started this project two years ago she has visited 37 countries, and hopes to eventually photograph women in every country in the world.

So far she has done so in every continent other that Antarctica and the results are both stunning and thought provoking.

Noroc chooses to photograph only good-looking women, and it is this common denominator that makes the comparison of local cultures and standards of beauty so powerful. 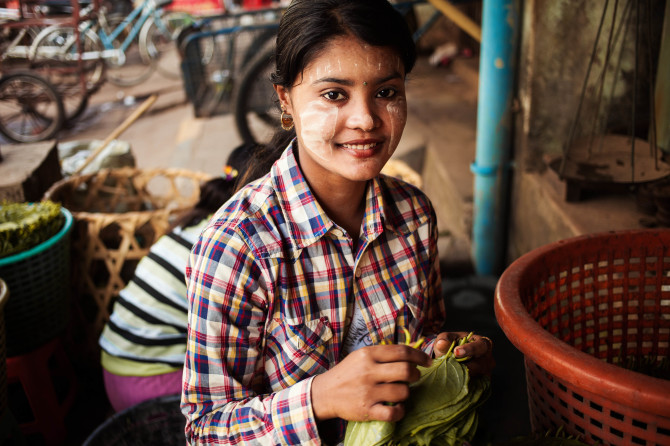 Travelling on a very low budget has not only allowed Noroc to visit many countries, it also forced her to integrate in various environments that the average traveler would not necessarily experience.

She also made a point of photographing very different lifestyles and cultures:

“I captured beauty in Brazilian favelas, rough neighborhoods of Colombia, in an Iranian mosque, on the Tibetan Plateau, in the biggest Buddhist temple of Myanmar, in the Amazon Rainforest, but also in fancy areas of Oxford, in downtown New York or in the suburbs of Sydney”. 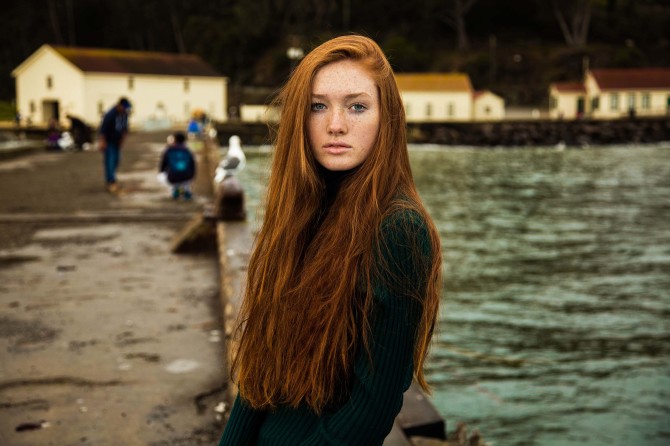 How do you find models and communicate in so many countries?

“In maybe 50% of the situation I just meet people on the streets. Other times, I plan a short photo shoot. I choose a typical location for that culture or for that woman, and I try to create a story about her, and her environment”.

Noroc adds that a photoshoot could last anywhere from 30 seconds, if it involves a random woman found on the streets, and up to an hour if the model was found the previous day on a social media network. 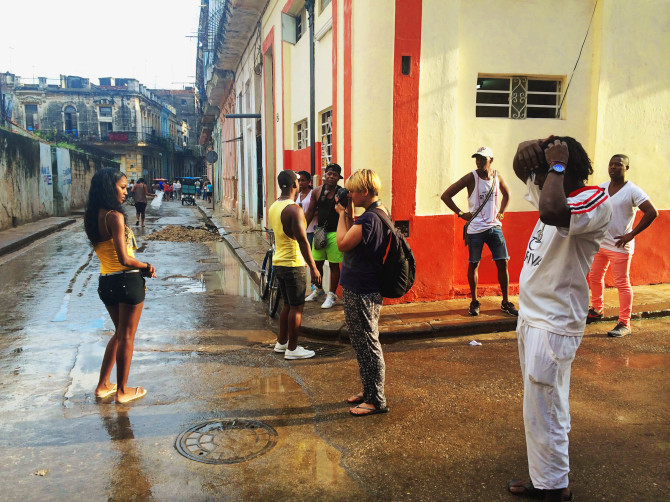 A typical shoot in Cuba

“When I photograph a woman I talk a lot, I try to make her feel special, proud and unique.  I can get along in 5 languages and this helps me a lot, but in some countries, talking becomes body language”.

Apparently not only beauty varies between countries, so does women’s willingness to be photographed:

“Depends on the country. In some areas, like in Bangkok, everybody was saying yes. In Medellin, Colombia, most of the girls were scared that I photograph them to arrange a kidnapping”. 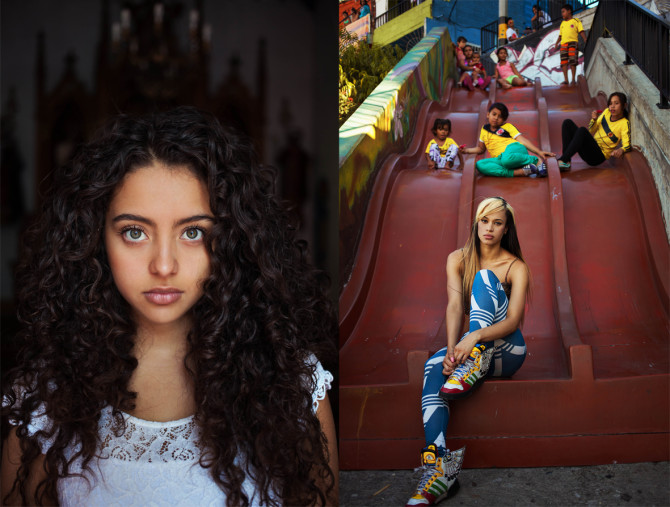 Despite the risk, these Colombian women agreed to be photographed.

Why do you only photograph young and beautiful women?

“Through The Atlas of Beauty, I wish to compare the faces of the world and to show that all the women from my photos have something beautiful. But the comparison has to be made using similar conditions and so I choose only one age group, the one that I’m part of. I would love to cover other age groups too, but I want to do it properly. Until now I didn’t have the money and the time to do it. I think beauty is not about age. Is more about being natural and sincere.

I prefer to photograph natural faces, without a lot of make-up, and to capture that moment of sincerity and serenity that is so specific for women”. 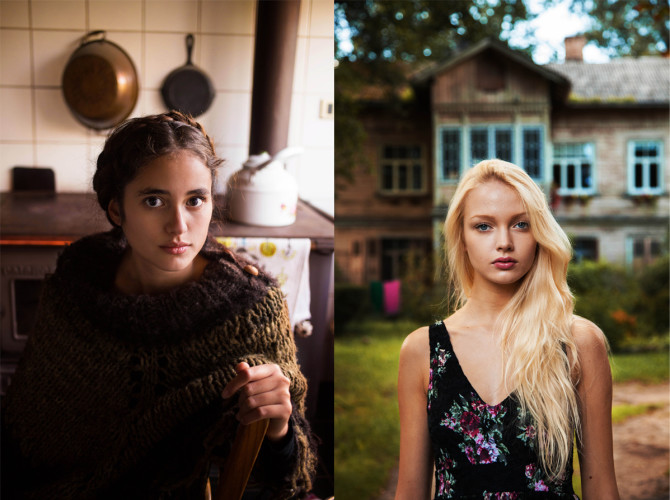 “My goal is to continue and take photos of women from each country of the globe, making “The Atlas of Beauty” a mirror of our diverse societies and an inspiration for people that try to remain authentic.

In my previous journey I had dangerous moments, hard days of working, exhausting routes, unfriendly viruses, but I would do it again, with all my passion”. 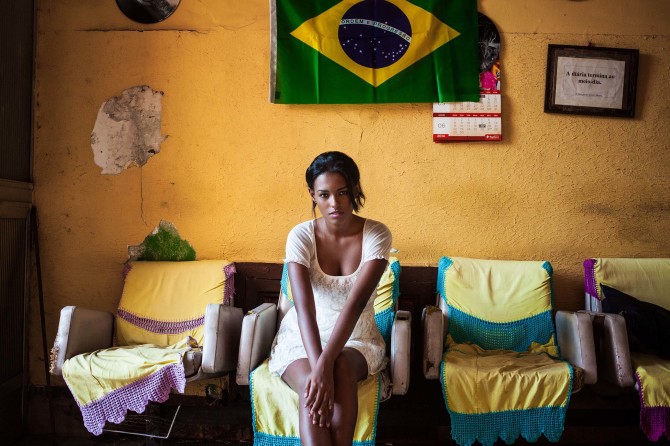 Noroc is hoping to set out again in June 2015 with 15 countries on her radar including Serbia, Bosnia, Albania, Macedonia, Greece, Turkey, Tajikistan, Ethiopia, Djibouti, Oman, India, Nepal and Sri Lanka.

“I’m currently home, in Romania, trying to find funds to do this new journey.

For now, this is just a dream, but if people around the world will help me, I can continue and complete the Atlas”.

But Noroc’s ambitions don’t end at travelling the globe. Once she completes her second trip she expects to have enough images to publish the first volume of the Atlas. 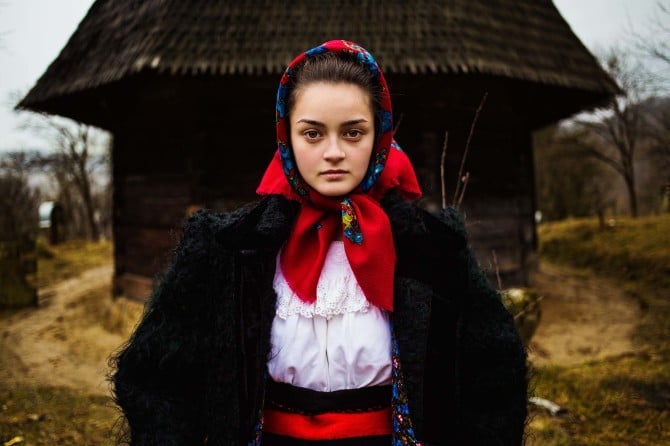 “I think everbody has to cultivate their own beauty, rather than copying something that doesn’t suits. In the end, the original is better than a copy.

Global trends make us look and behave the same, but we are all beautiful because we are different.

Maybe in 50 years all women from all around the world will dress and act the same. I hope my project will remain a witness of my era’s cultures and traditions”. 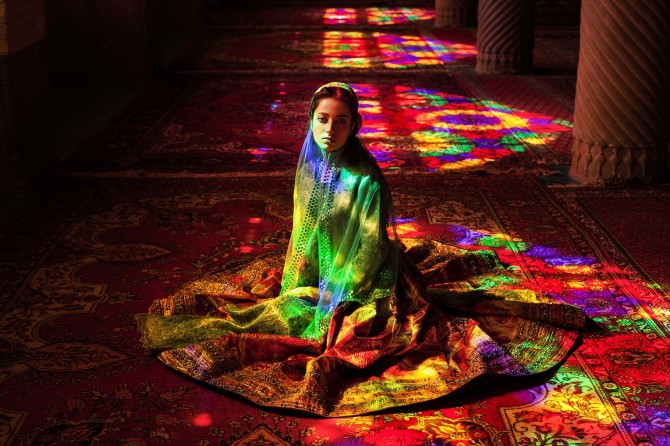 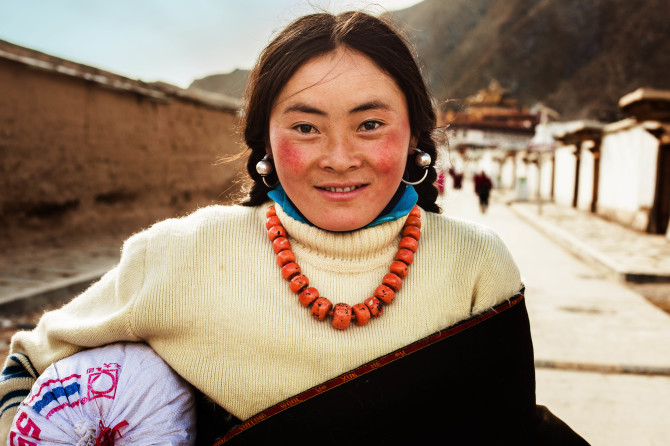 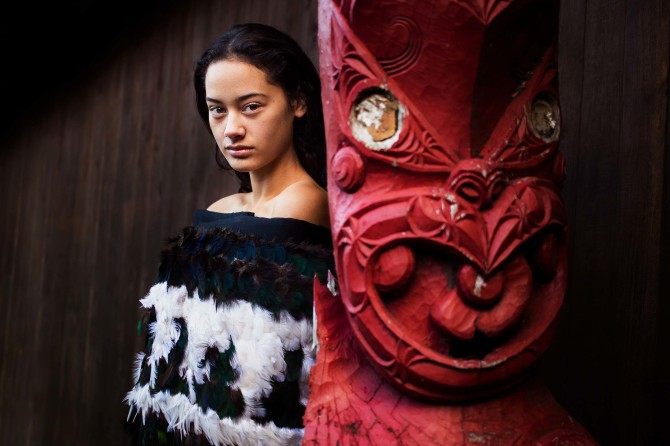 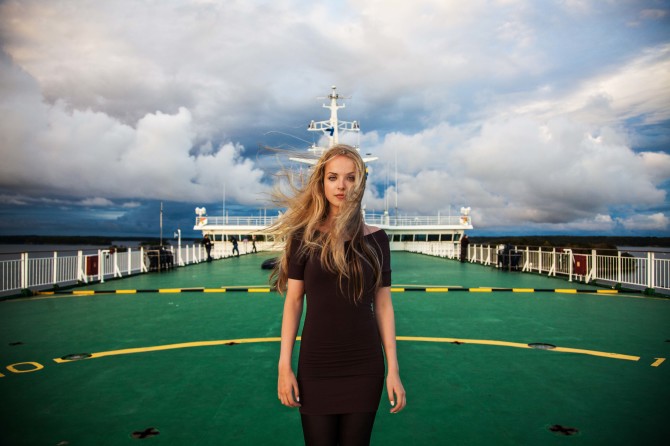 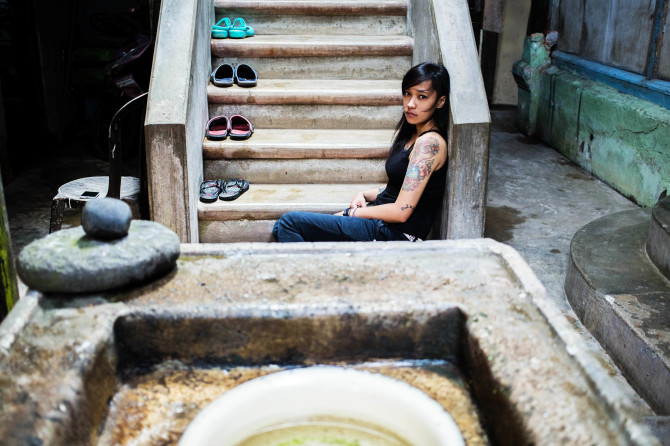 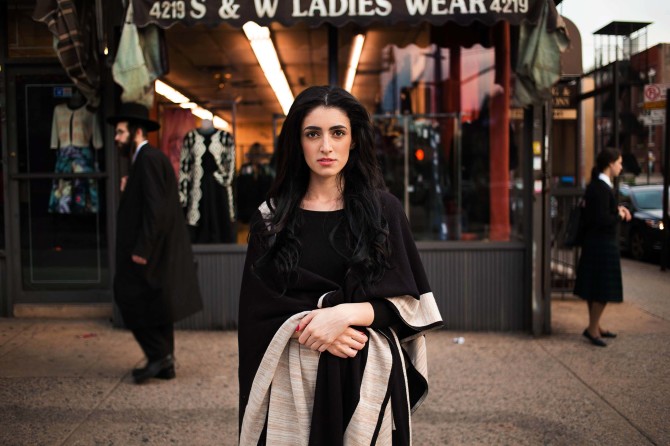 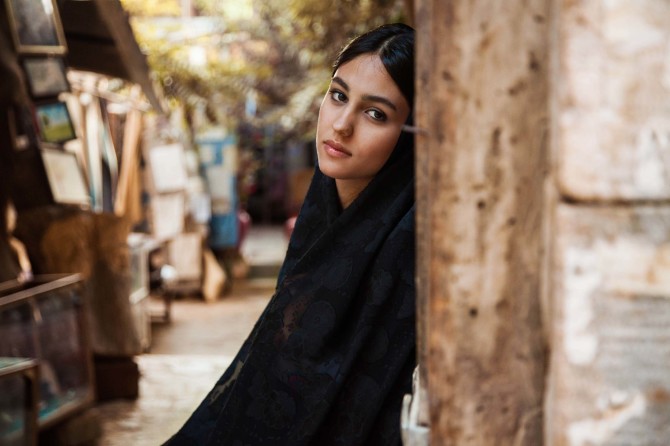 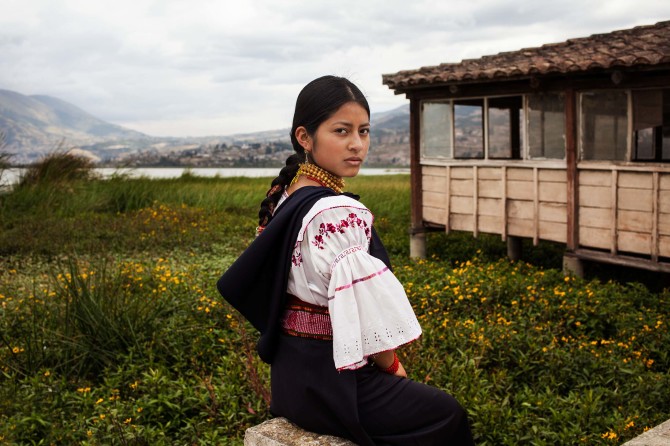 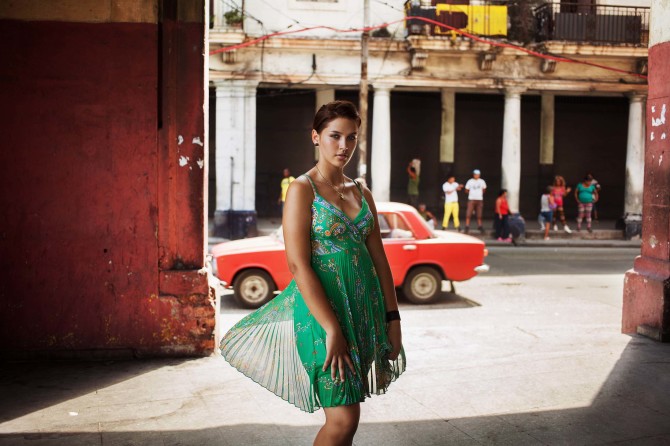 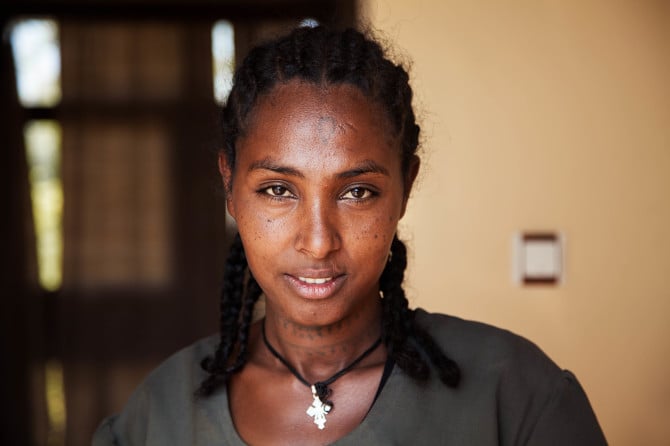 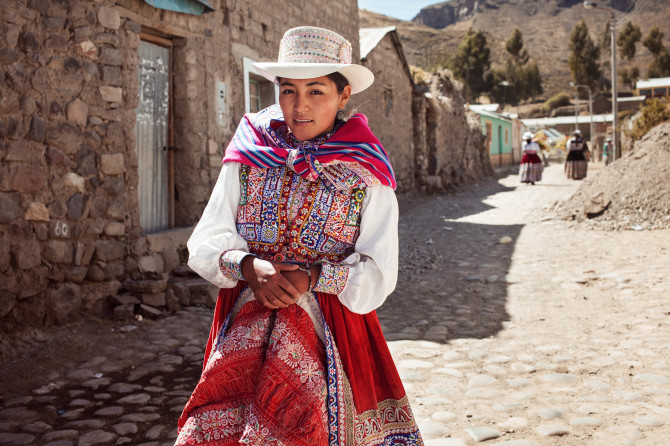 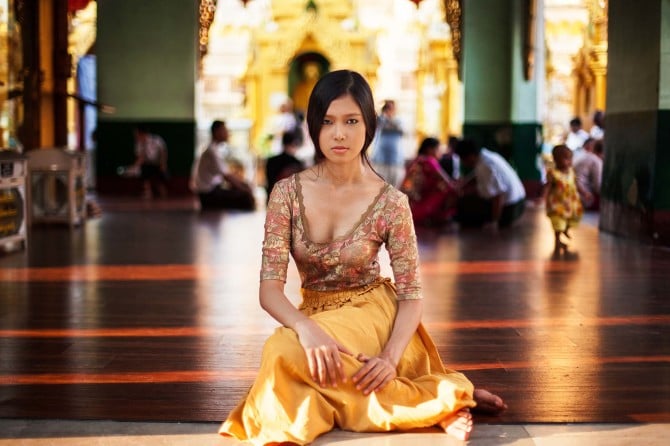 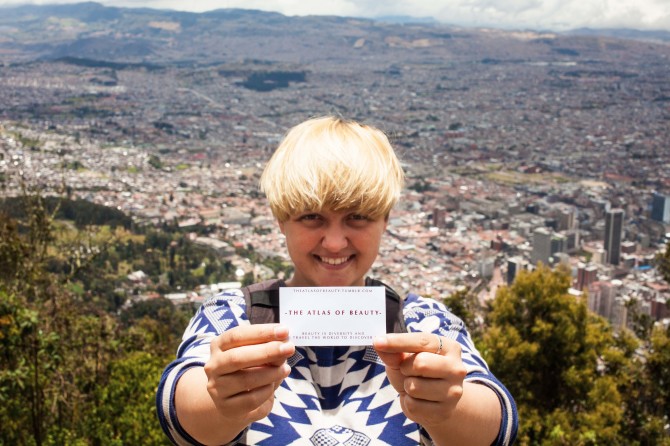 If you enjoyed seeing how the concept of beauty changes from country to country, you’ll probably enjoy seeing how it has changed over the past century.