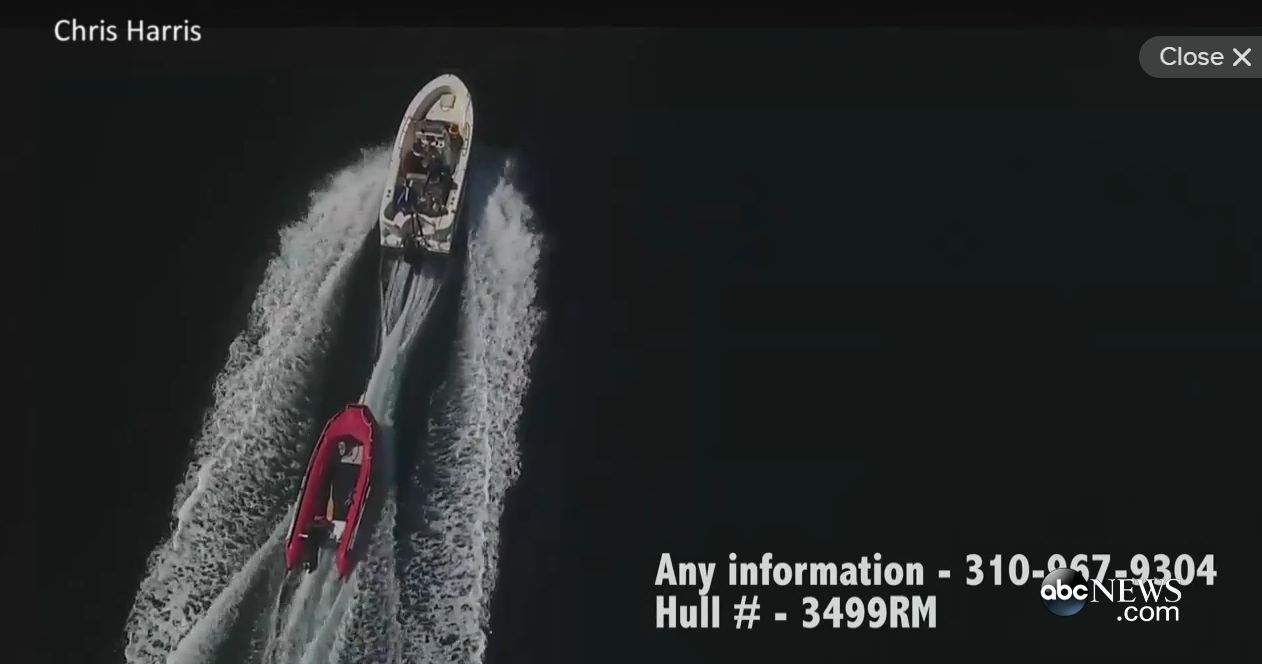 One of the greatest impacts of “drones” coming into our lives is the impact it has on photojournalism. Drones can go places that photographers just can’t go by foot.

Here is a story that illustrates this perfectly (though its only relation to photography is the drone involved). According to ABC, a couple of teenagers – Chris Harris and a friend – were staying at their family’s vacation home by a lake, and when evening came, they tied their boat to a buoy and went about their business.

The following day they noticed a bunched of people untying their boat from the buoy and tying it to a speed boat, and starting to sail away. Two things happened in parallel: the called 911, and got a DJI Phantom 4 in the air to follow the boats. Chris had the drone following the alleged thieves for quite a while, going as fast 50 MPH for some of the chase, and of course recording it at stunning 4K. after a while Chris lost track and the done came back home.

The footage was handed to the police and they made an educated guess to where the boats were heading. Bullseye! The cops waited the thieves as they docked and arrested them both.

Chris tells ABC news that “The drone was given to me as a graduation gift from my parents for making honor roll“, which I find quite interesting for a couple of reasons.

Firstly, it shows how popular and common drones have become. It shows how easy getting things of record is. several years ago, a story like this was not even remotely possible. Even if photos of the event were taken, the time it would take to develop the photos would probably make them irrelevant.

The other aspect is the ease with which remote or inaccessible places can be photographed (and in 4K, no less). A chase as photogenic as this could not have been made until 5 years ago without a huge helicopter and crew budget.

You can view the chase, courtesy of ABC news: