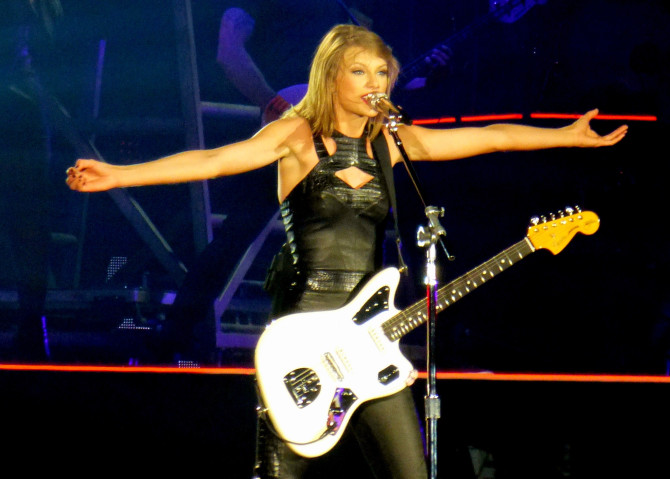 Taylor Swift’s open letter to Apple, claiming artists shouldn’t be asked to work for free, gained tremendous attention and lead to a change in the company’s policy.

It wasn’t long before concert photographer Jason Sheldon sent the singer a letter of his own calling her a hypocrite for pretending to stand up for artists’ rights, while photographers working at her concerts are forced to sign an unfair contract that could lead to them working for free as well.

Swift’s UK spokesperson was quick to respond to Sheldon claiming that he misrepresented the contract.

“The standard photography agreement has been misrepresented in that it clearly states that any photographer shooting ‘The 1989 World Tour’ has the opportunity for further use of said photographs with management’s approval,” the spokesperson said.

I’m glad to hear Swift’s rep doesn’t think the contract is that bad, but even if it is ‘standard’ that doesn’t make it fair or OK. A photographer should not have to seek permission to use his own photos. If the management company would like to set limitations it should set them clearly and well in advance; not later approve or reject specific requests.

That’s great, but not worth too much if photographers are not allowed to exercise their copyright and Swift and her management company can use the photos for free.

“Every artist has the right to and should protect the use of their name and likeness,” the spokesperson concluded, and I agree. But at the same time requests have to be logical and fair so that others are not hurt in the process.

Just like Apple’s music service needs the musicians, Taylor Swift and her colleagues need photographers and the media to cover their art and performances.

It’s a game of give and take where everybody must be able to win, without someone else having to lose. Swift understood the concept when she was on the losing side, and she fought back in a most admirable way, so hopefully her open letter will enable her to see her own behavior when faced on the other side.

[via The Independent | Lead Image: GabboT]